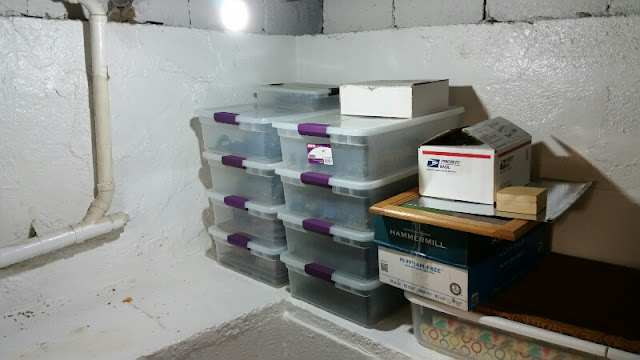 Morale is hitting an all time low. I don't think I've been as close to just getting rid of everything and giving up on the idea of gaming as I am now. Above is one of the two graveyards my painted miniatures go to. (Someone asked how I "display" my painted minis a while ago, so I took a photo of the better one.)

The multiple hurdles of lack of (day and/or continuous) time, lack of space, and no friends is seeming impossible to overcome. It's been five+ years of painting and planning for some theoretical future enjoyment, but I think I need to admit that I can't see any of that changing in the next five... ten... or however many years.

The JTC Halberdiers March to a Beat

Recap of the previous progress below.

(I rarely state this anymore, but you can usually clicky the pic-y to enlargify on this blog) 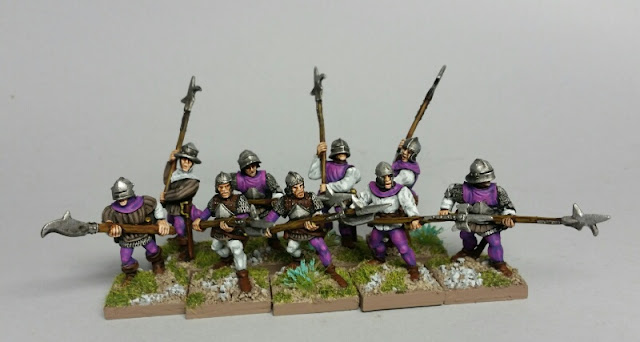 Edit 07/01/18. Still haven't finished the halberdiers, which was my goal for the month. Here's photos of the total progress: 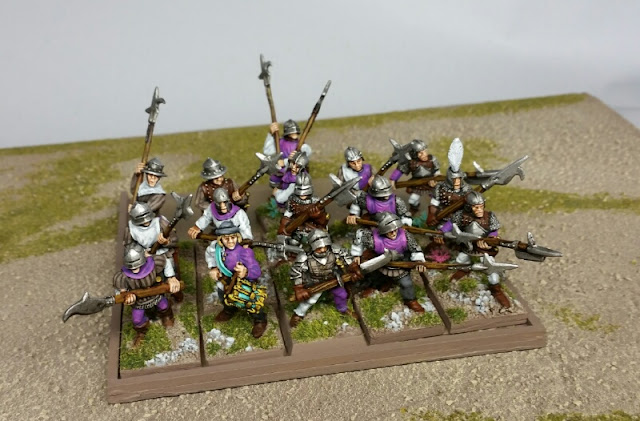 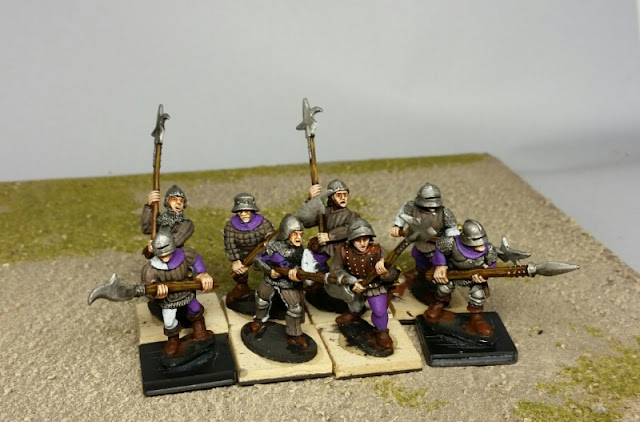 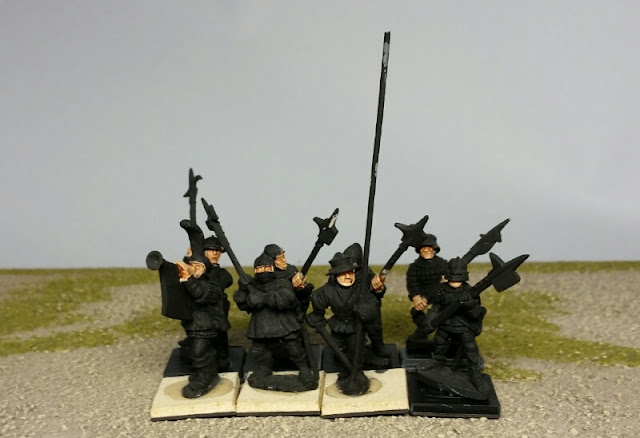 The final 8 are barely started. 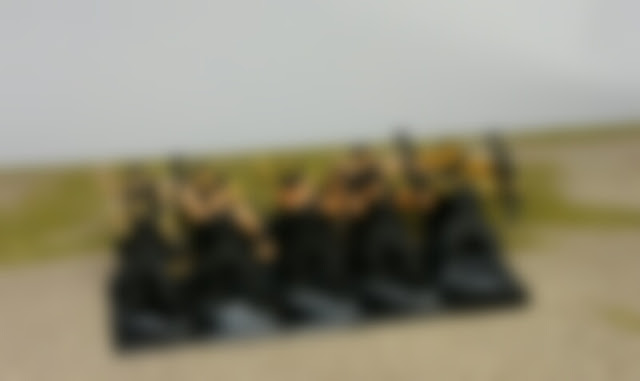 And a surprise unit that didn't get painted past the level of the previous photo. 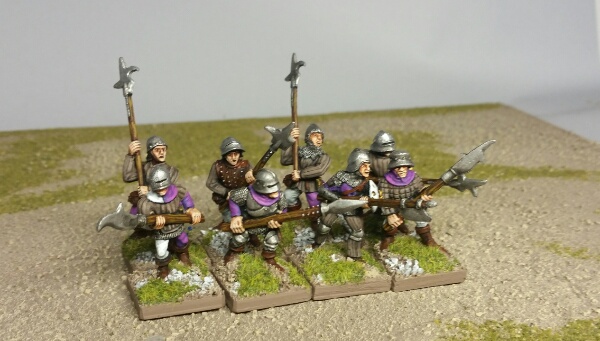 Posted by ZeroTwentythree at 12:34 AM 3 comments:


Cleaning up and priming some minis for the Meat Hating Pirate Robot crew....

From left to right, Krakon Games, Effin Cool Minis x 3, and I'm not sure where the two on the far right come from -- they were an eBay purchase.

Listening to some inspirational music for this project -- courtesy of my wife's old band.


Posted by ZeroTwentythree at 12:02 AM 4 comments:

Halberdier WIP and the Table in the Rafters


Made a little progress in the halberdiers the past two nights. The minis -- FWIW -- are a mix of Grenadier & Front Rank, with one (I believe) old Citadel Fighter in the mix.

Although the Jackrabbit Trading company is known for its leader and the large number of halflings in its employ, the Small Country was home to human farmsteads and villages long before the hobbits settled in the area. The two have mutually thrived in the region together. The JTC is no exception, and does not discriminate in its recruiting. Almost half of their payroll are human.


I spent far more time this weekend working around the house & yard. While I had a stepladder in the garage, I decided to check in on my gaming tables. I haven't looked at them since I stuck them in the rafters when we moved two years ago. 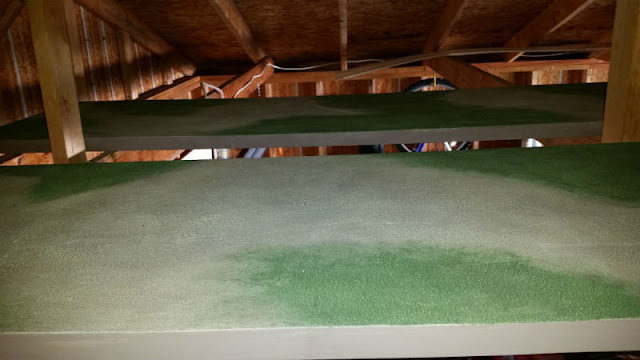 They appear to be in good condition, thankfully. I'd still like to use them someday, and I had some concern that the some sort of vermin may have gotten to them. Since we've moved here, it's been a bit of a battle against various insects, rodents, birds, and other critters -- plus struggles with moisture, mold & mildew - especially in the cellar where my painting table is currently located.

I'm still hopeful for some sort of Garagehammer eventually. That was, admittedly, part of the reason for working on cleaning the garage today. I have also started looking at prefab sheds...

I think I deleted the later update accidentally. Plus I've made more progress. So.... even more painted halberdiers!

Posted by ZeroTwentythree at 12:35 AM 3 comments:


Spent a week on family vacation. Had a great time in northern California. Got back and our yard, garden, etc. had really taken off while we were gone. Among the new greenery, I noticed the semi-wild grape vines in our yard reminded me of something.... 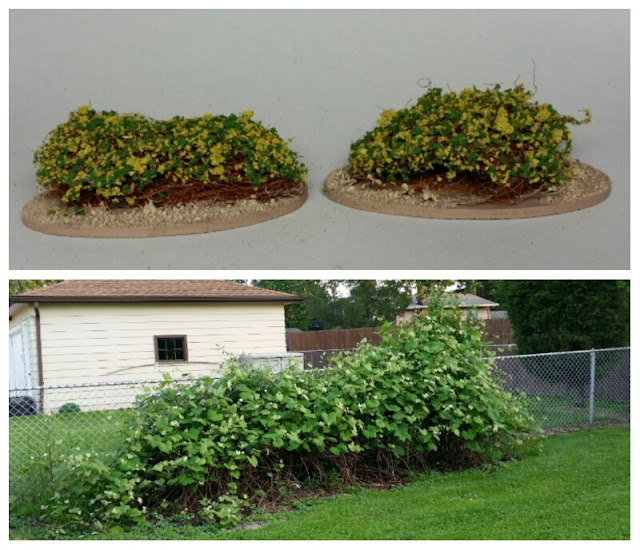 This was not intentional when I made the bushes -- but I'm glad it seems to reflect real in hindsight!

One of the next projects on the table... 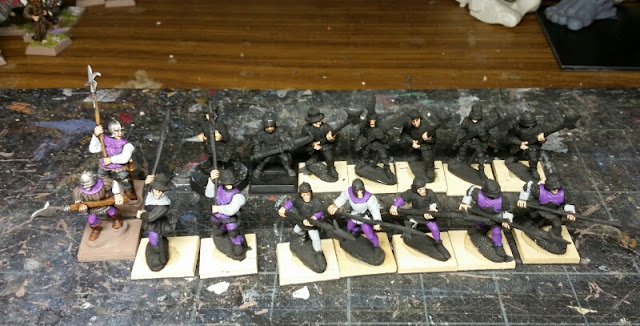