Photo of the current unit of Marauder Miniatures dwarf pike/spear troops. I will eventually work on a second one. 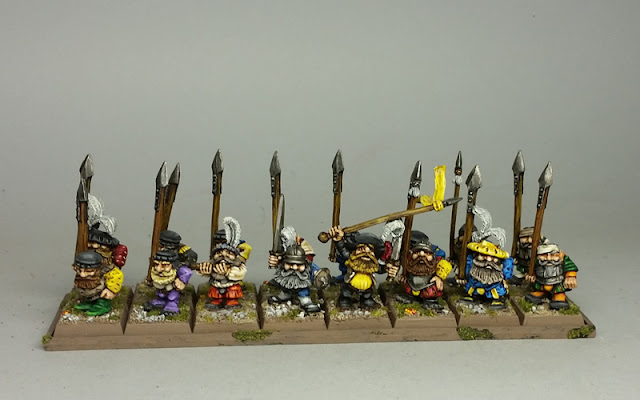 I think I forgot to post these old Citadel fighters/townsfolk/militia a while ago. I really love that figure on the right! 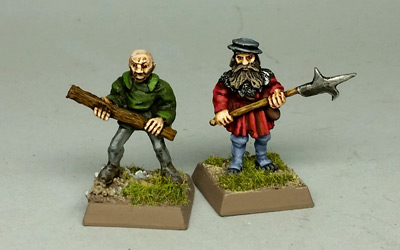 Finished the Westfalia Fantasy Battles halfling. I'm really looking forward to the rest of this range! 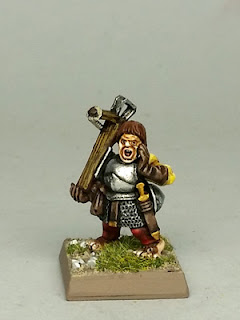 I started experimenting with some more terrain. These were made with some pulled apart steel wool that was glued to some wood bases, sprayed with brown primer, and then had some clumped foliage glued on. 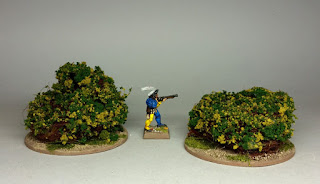 Posted by ZeroTwentythree at 5:56 PM 5 comments:

Four Dwarfs, a Jabberwock, and a Half Finished Halfling


With these four dwarfs finished, I can now field a full unit. (Maybe a unit photo next update?) Disappointed that the camera really flattened the colors. I'm quite proud of the bright highlights on these guys. ;) 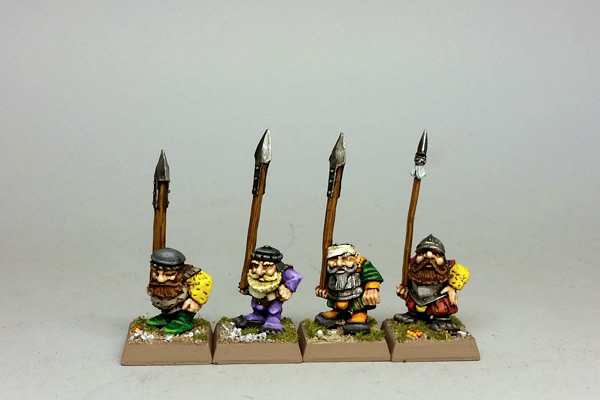 And just to prove that I've finally started painting that Westfalia sample halfling.... 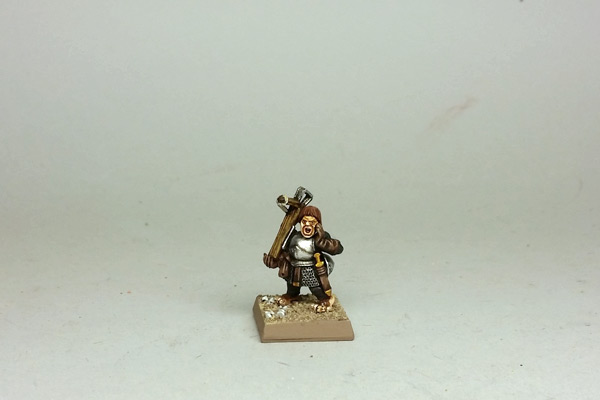 While waiting for paint to dry on the above figures, I worked on the Citadel jabberwock. Again, the camera sort of washed out the color. Hard to tell, but I added some nice sickly purples & yellows on this, rather than sticking with the usual  neutral greys of most of the undeadish. 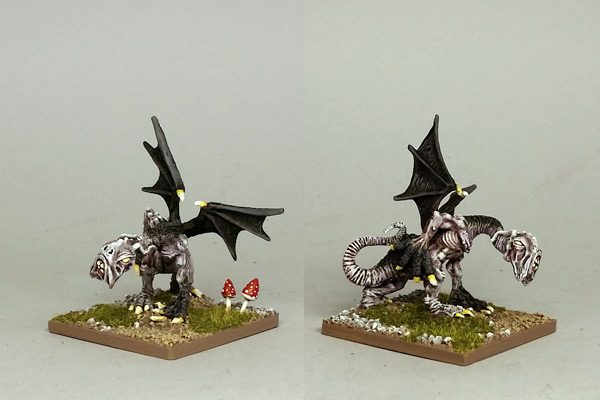 Posted by ZeroTwentythree at 10:42 AM 7 comments:

My sleep has been screwed up this week, so I was up late the past few nights. Figured it would be a good time to wrap up enough of the Nightmare Legion to field a basic unit . Still two more 40mm bases to paint, which will have the four command figures and more troops. 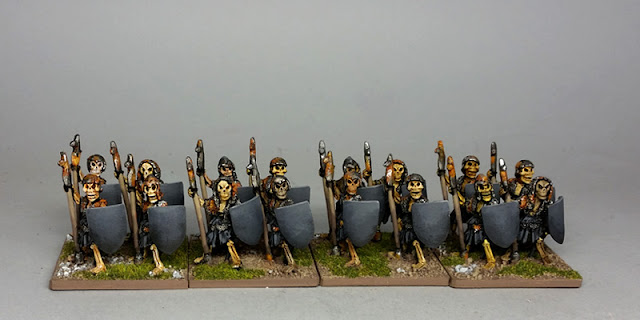 Also, just because I wanted to see how my forces were shaping up, I set up a table. I think this helped boost my spirit a bit regarding gaming. I'm still not sure how/what/when I will do in terms of actual gaming. But at least I can feel like I'm doing something that looks pretty decent on a table.

I'm waiting on the owner of the previously posted elf griffin to stop by to pick it up, so I left it threatening a flank in the meantime. 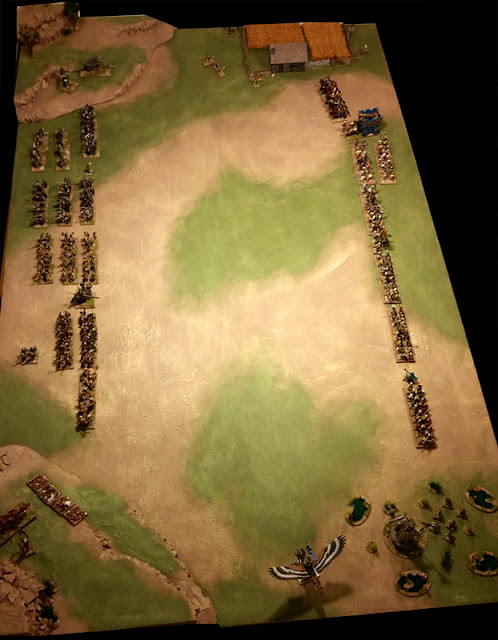 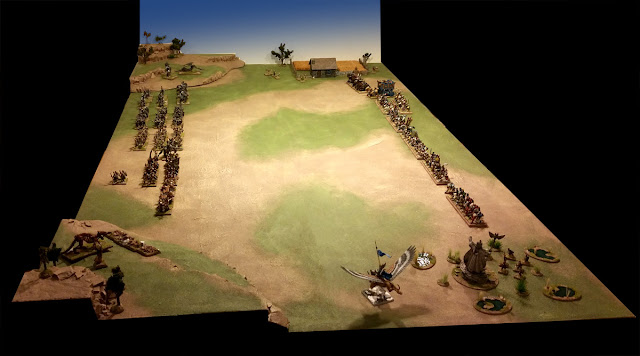 Another project I've been working on for months, this one is part of a trade deal for some old figures. One or two little details I'm still going to add, but just about done. 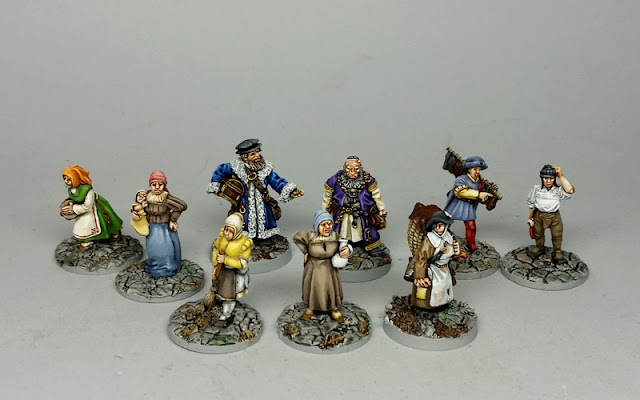 One last shot... a couple of townies of my own. Old Citadel miniatures. 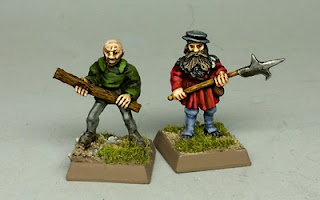 Posted by ZeroTwentythree at 1:26 AM No comments:

Time has been tight lately, so the things I've been working on are those which I can spend 5-10 minutes on, then step away for a few hours or days, then come back and work on for another 5-10 minutes.

I finally finished a commission that I've been [i]slowly[/i] working on for a few months. 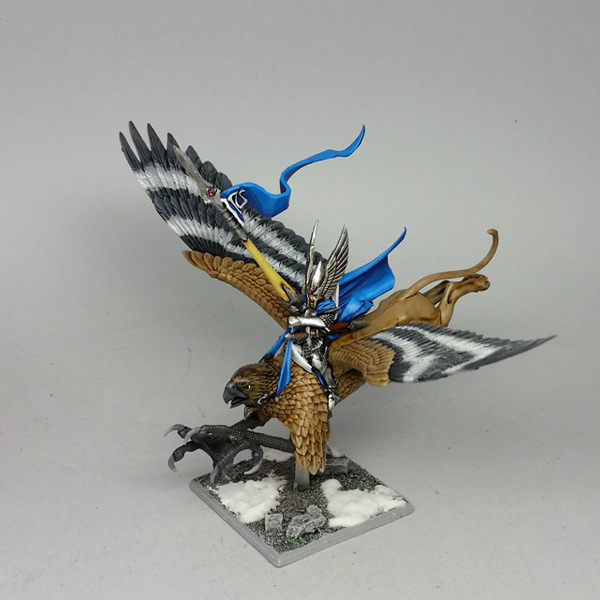 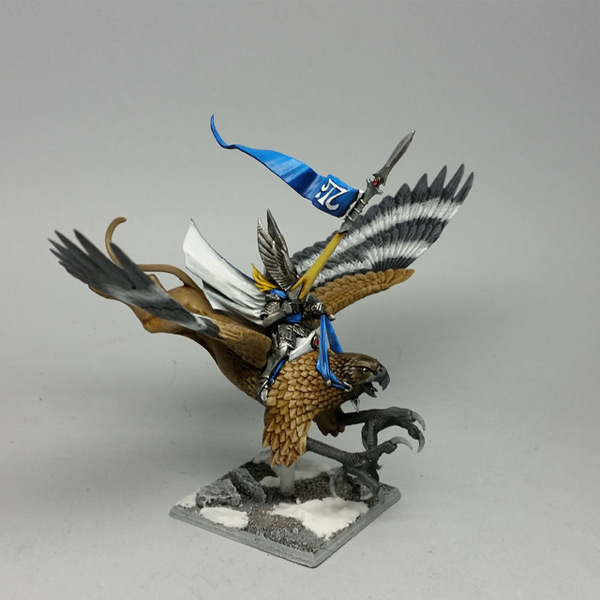 I also started on some terrain a week or two ago. Finally finished today, with the addition of the grass flock. Inspired to get back to the Marienburg/Wasteland theme a bit. 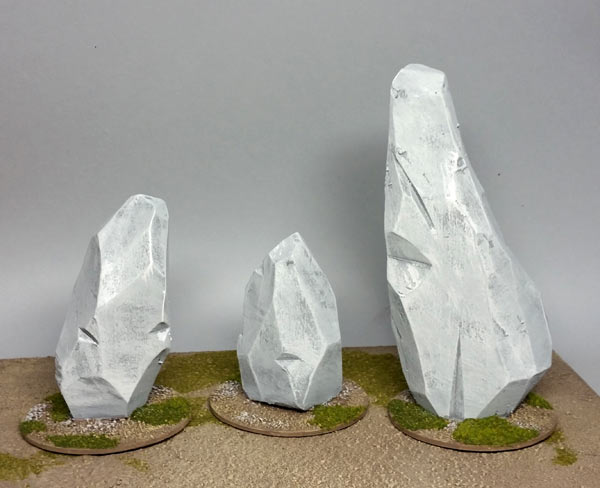 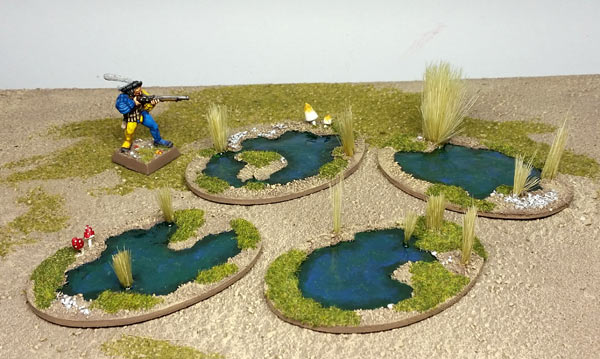 I would really like to do some larger terrain, but can't manage to get the hour or so I need during daylight to go outside and make a mess with a saw, file, and sander outside to make the hardboard bases. Plans include larger marsh/swamps, river & road sections, and a tumulus.


And lastly, more progress on making a few new movement trays at a time. 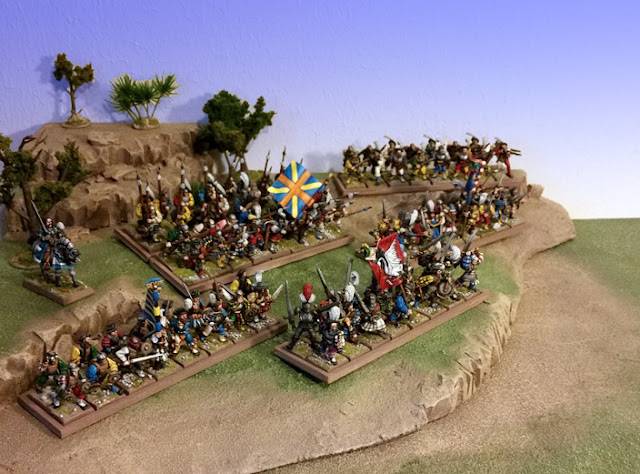 I am starting to regret not putting a metal or magnet-receptive material on the trays as I did with the older WFB sized trays. The standard bearers like to tip over a bit too much.

Posted by ZeroTwentythree at 12:33 PM 3 comments: 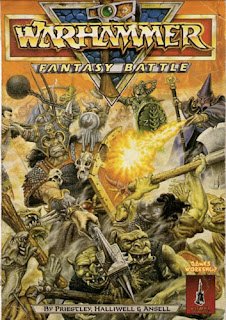 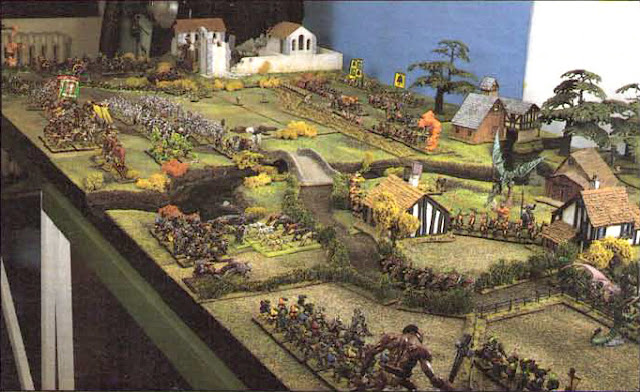 
Posted by ZeroTwentythree at 3:41 PM 5 comments:

Trays of Marienburgers and Miscellaneous Critters

Rather than rebase the Marienburgers that are already painted, I've decided to just make some simple trays for them. Here are the first two prototypes, loaded full of sword & buckler men. 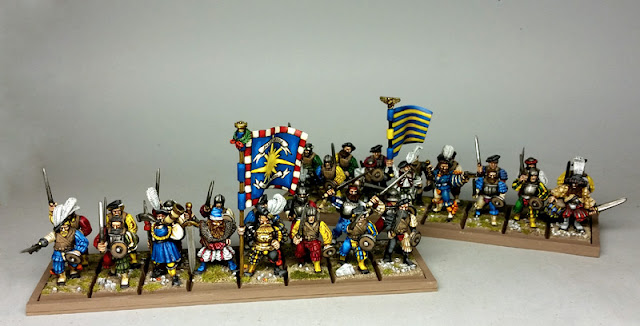 I stripped the fuzzy primered (but unpainted) Nightmare Legion and have started painting them. No pics yet.

I also stripped a few other things. 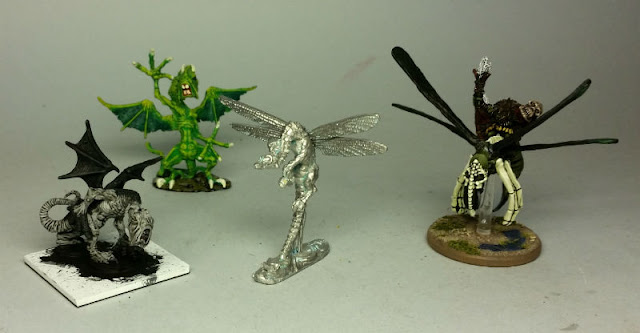 Like the old Grenadier "dragonfly" in the center. The green jabberwock in the back (old Ral Partha) is currently soaking in Simple Green. The CItadel jabberwock to the left is in the earliest stages of being painted in this pic. He was also the mystery figure previously shown in the jar of Simple Green. The insectoid thing with a goblin rider is from one of those 90s games... Chronopia? Celtos? Leviathan? I can't remember. I included him in the pic because I have a second one that I would like to paint up, but without a rider. I think these will all make a good batch of strange critters to be wandering around the marshy Wasteland.
Posted by ZeroTwentythree at 6:29 PM 4 comments: