Yesterday I received a mystery package in the mail. Two figures from Stonehaven Miniatures! 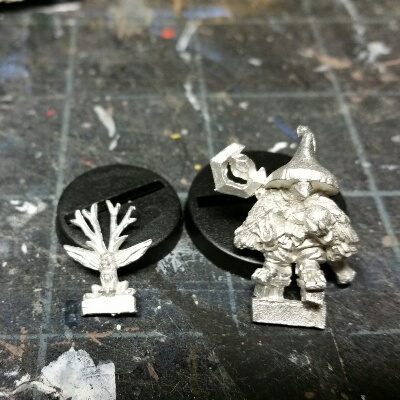 A tengu mage and a jackalope from Artobans Ghost!

Posted by ZeroTwentythree at 10:17 AM No comments:


Over at the Warhammer-Empire forum there was a discussion about a monthly painting challenge, and the idea of doing monthly themes took flight. It just so happens that May is May(fly) month. So... painting flyers.

I thought this was a fun idea, and a good excuse to paint some forgotten figures. So I went digging... 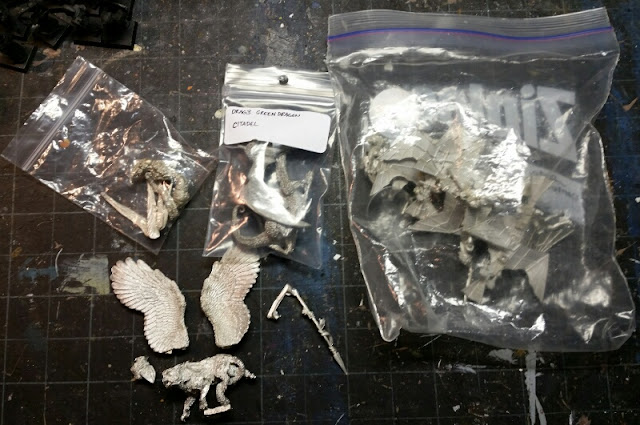 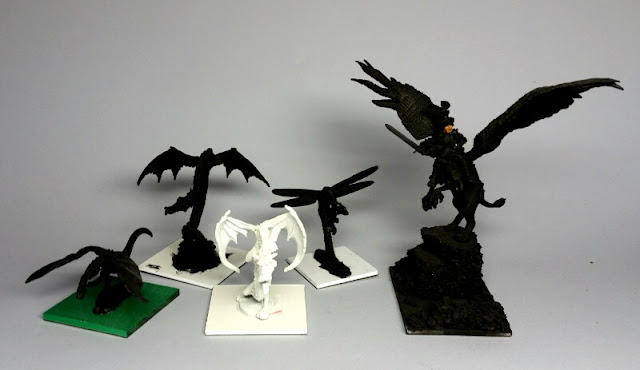 ...and that was what I came up with. I wasn't sure which figure(s) to paint, but I did start work on converting the owl-gryphon with a (small) dwarf rider. The bottom half of the rider is cast on the beast's body, so it was just a matter of cutting a Westfalia halfman (now a quarterman?) in half, removing his weapon, and making a few other small changes. I cut the dwarf's lance off, and remounted it on the halfling. 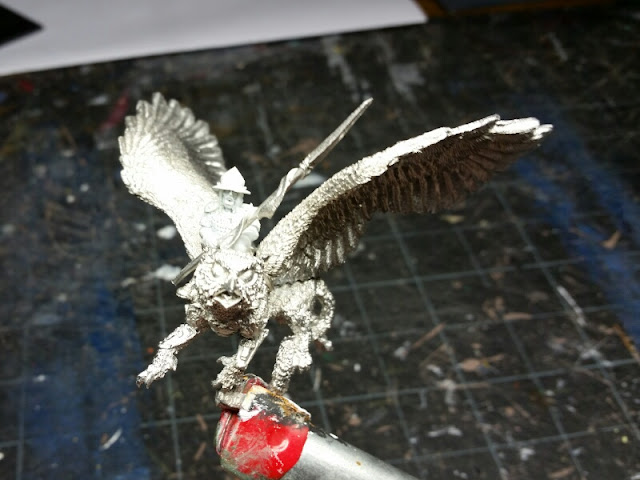 Now I need to make a suitable base. There's a slot-tab on the figure, but it would be awkwardly posed to just glue that on a base. I also want to give it a little height, since it looks like it's flying or a least coming in for a landing.

Posted by ZeroTwentythree at 10:12 AM No comments:

One More Giant Down, One to Go -- and Beyond


I finished the old Ral Partha, Tom Meier fire giant -- which I painted as a frost giant. Quick & fun mini to paint. This one is mounted on a 40x40 base, as opposed to the 50x50 or 80x80 bases most of the other giants are on.

I'm still on the hunt for the actual frost giant that RP/Meier did. 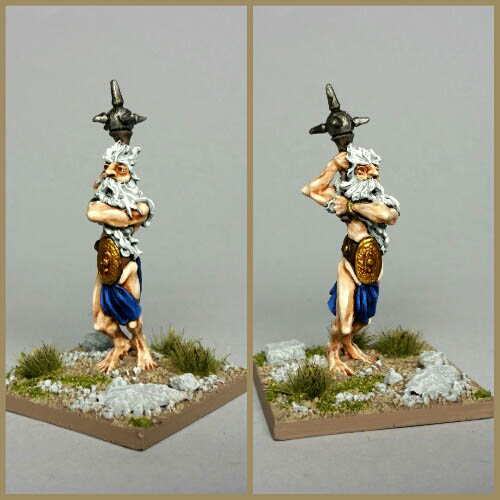 Slow progress on the Warploque giant. I think I'm mostly done with the flesh -- though I may still tweak it with a few more washes in select areas.

I've started blocking out the rest of it in black, as that's the base I generally like to start with. There's way more detail on this figure than it seems at first glance. Especially all the loot around is belt. I think this will take a while, and I'd rather not rush it. So it's going to be something I just slowly work on a bit at a time. 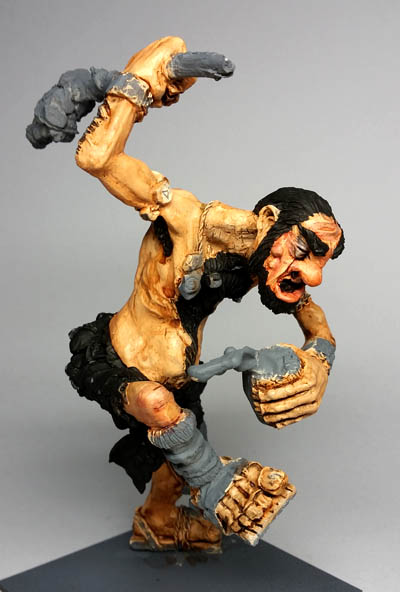 So Big April is just about over... what next?

Good question. I think I'm going to go ahead and paint up the rest of (or most of) the Disciples/cultists I recently did some test painting on. I like the way they turned out and it should be a nice relaxing little project.

Further beyond the horizon...

Posted by ZeroTwentythree at 12:10 AM No comments: 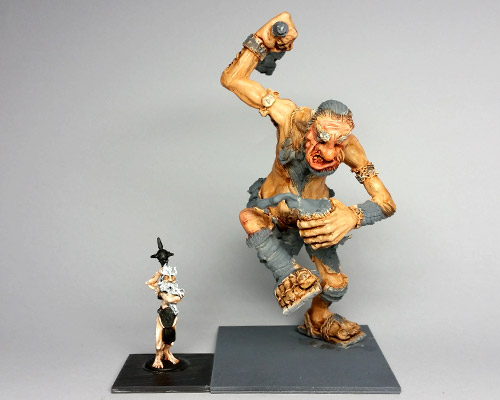 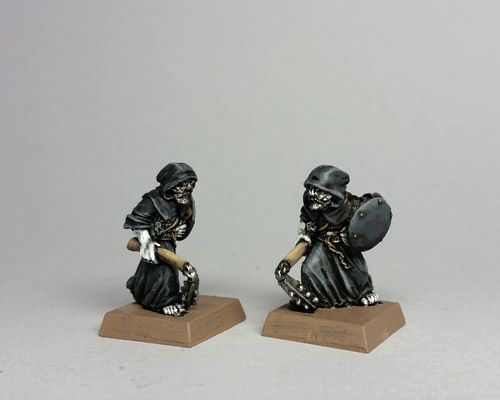 Posted by ZeroTwentythree at 12:13 AM 4 comments:

Just got this in the mail. RP Fire Giant. Probably not going to get painted in April, but since it's Giant Month around Ye Olde Basement of Mad Painting and Insects of Unnerving Size, I thought I'd share.

Not the one I'm looking for -- that would be the RP Tom Meier Frost Giant -- but I saw one for a decent price and thought it would be fun to paint too. 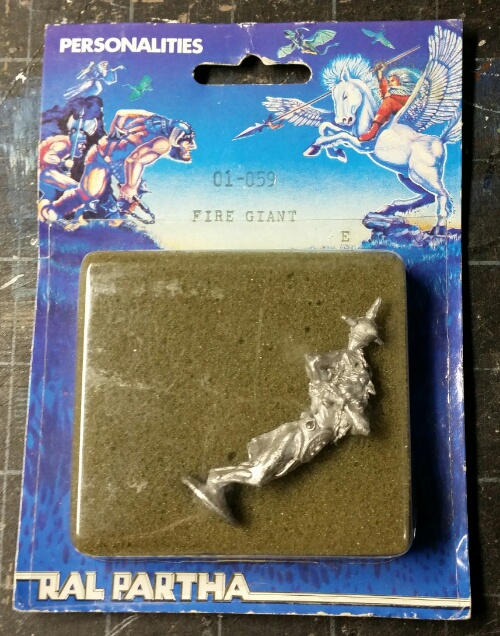 Last of the (Metal) Citadel Giants

Painted up the last of the metal Citadel giants, before they switched to plastic/resin/whatever. On the one hand, I like it because it's a really nice sculpt. Detailed & full of character. I love the mean look on his face. On the other hand, it's the quirkiness of a lot of the other giants that makes them stand out. It's almost like the sculptor (does anyone know who did this?) did too good of a job in coming up with a really well done giant! A nice addition to my growing collection, and at some point I may need to come back around and pick up a second one with the alternate head. 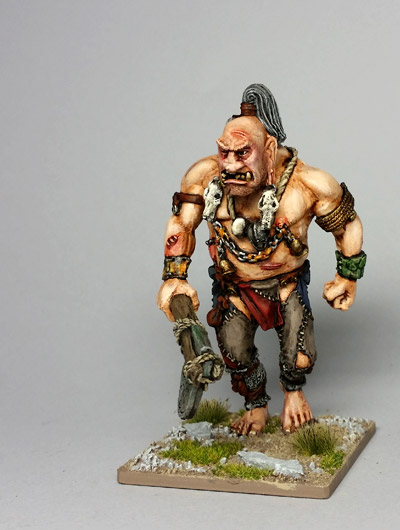 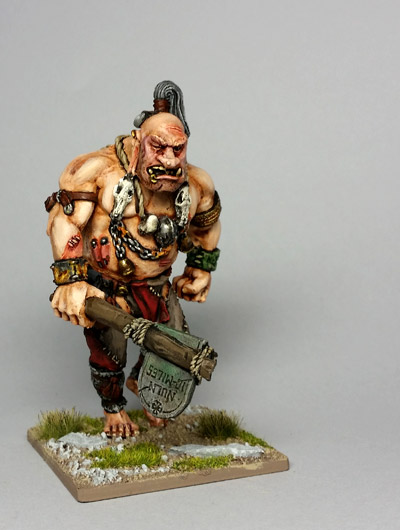 Posted by ZeroTwentythree at 12:19 AM 7 comments:

Oldhammer in the North


I'm just going to copy & paste a bit.... but you can VISIT THE ORIGINAL BLOG POST for full info. And also details of a WFB 3rd. ed. scenario game that was just announced. 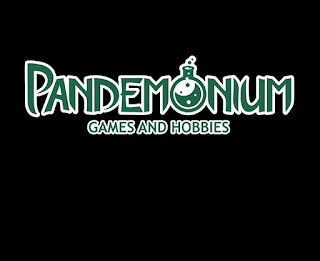 OLDHAMMER IN THE NEW WORLD

Oldhammer In The
NORTH
We are finally going to have an event in the ‘New World’ Midwest!
Pandemonium Games in Garden City Michigan
May 13th and 14th
They are open 10 o’clock of the morning until midnight on Saturday
They are open Noon until 8 o’clock on Sundays.
Scenarios for WFB 3rd, Open gaming, Adeptus Titanticus, Dark Future
If you remember it from you childhood, bring it and play!
Those interested in running games please PM Blake on Facebook.
Posted by ZeroTwentythree at 11:19 PM 2 comments:

Snuck in some time to hide in the basement today (Easter) like a sneaky troll and finish up the old Citadel C28 giant. He was missing a weapon, so I sculpted him a new club. I was originally going to be satisfied with just one of these multi-piece giant, but I think I would like to get all three bodies. 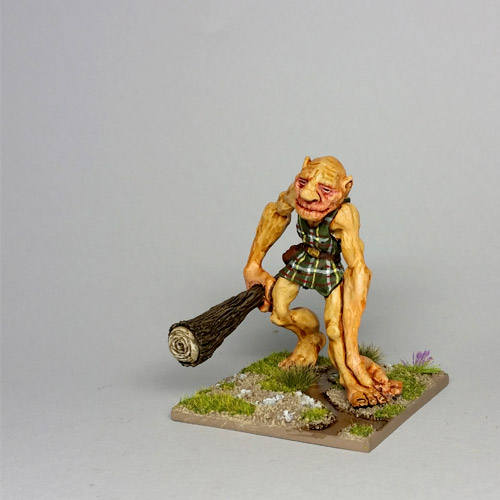 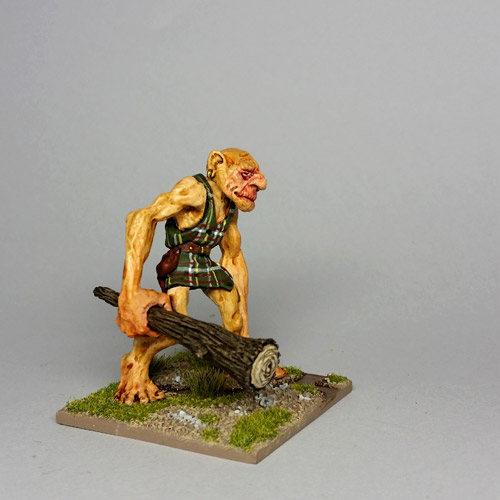 Posted by ZeroTwentythree at 10:23 PM 6 comments:

The Tall & Short of It 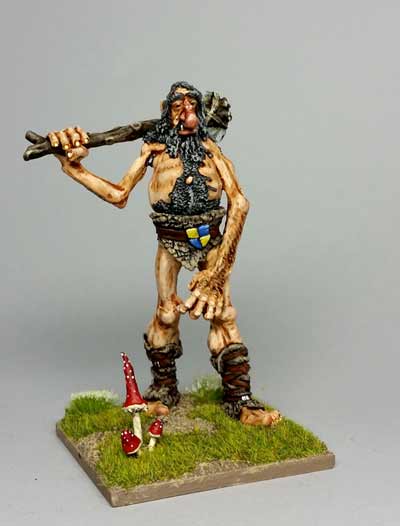 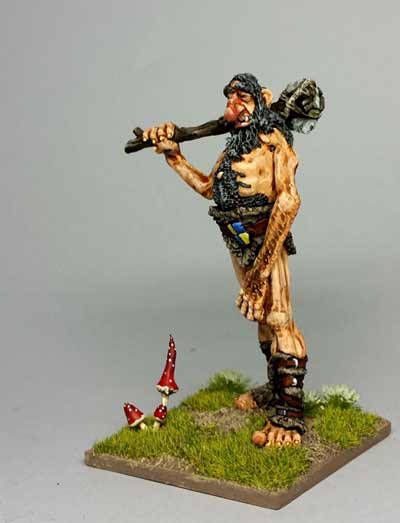 Making progress on the last metal produced Citadel giant, and the old C28 Citadel giant I have. They should be done by the end of my April challenge. As for the Warploque giant (not pictured)... it may not be April, but I plan on finishing him, even if it's not done til may. 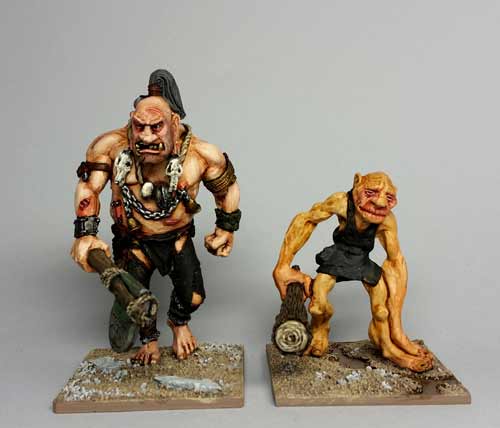 When I first got into miniature gaming in my youth (Battlesystem, Chaos Wars...) it was difficult for my friends and I to find figures. Some of my first minis were from the Grenadier "Halfling Party" set that two of us split. In fact, I still have some of them. But today, a full box of nostalgia arrived in the mail! 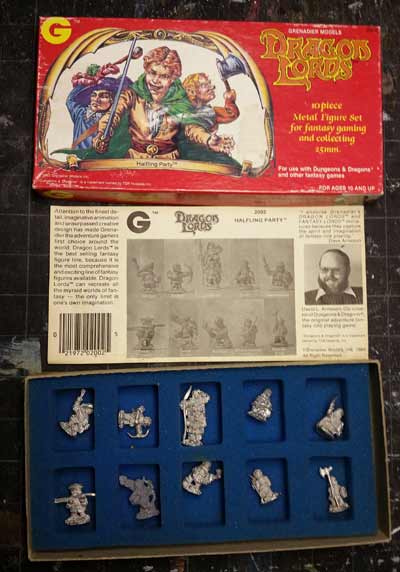 Happy Easter, to those who celebrate it! Watch out for those eggs... 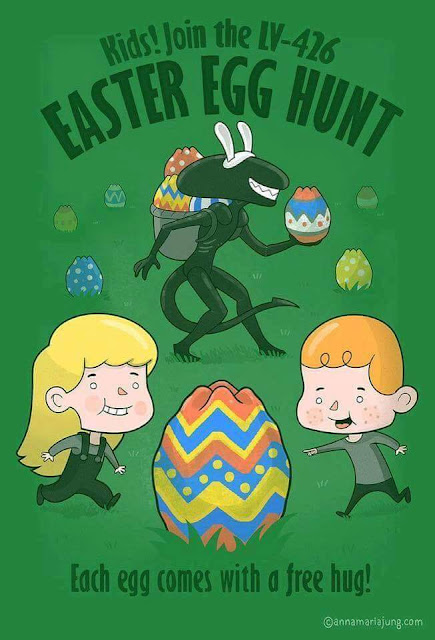 Posted by ZeroTwentythree at 1:41 AM 2 comments:

Since I had a couple of requests, here's a photo (as best as I could) of the Fomorian/Fimir warband so far. (Click/tap to enlarge.)

Four characters center front. Behind them and to the right are two groups of four Fianna. To the left are 12 warriors. In the back-right are the moor hounds, and center-rear are the bog demon and giant centipede.

Planned additions include: More hounds (heh heh heh) -- I have about 10 left to touch up and rebase. More conversions of Reaper orcs for additional Fianna, and although they're not ideal, I do think the Citadel savage orcs turned out OK, and I will probably do another batch of those for more common warriors. If I can get my hands on more oldschool Citadel Fimir, I would love to add two both of those tiny units. But I'm not going to count on that happening! I'm lucky to have what I've got already.

Still some other ideas rattling around in my head, but the above photo & plans are the core for this warband.

Posted by ZeroTwentythree at 8:20 PM 6 comments:

Real End of Marsh '17, and a Short Distration (or Three)

I was hoping to get one last project done for the Month of Marsh -- converting the big Reaper ogre to a Fomorian hero. But it is now officially April, and I haven't even finished sculpting the head (actually working on two of them at the same time, and will pick the better to use.) This is as far as I got... 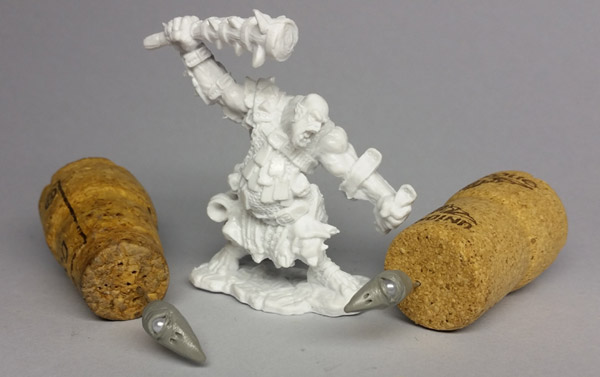 While waiting for the various layers of putty on the heads above to cure, I did a bit of painting and... 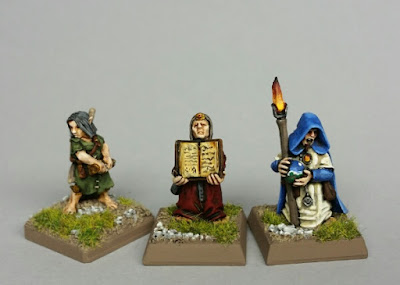 "Trois" I've got a story in my head about these three. Maybe it will work its way into a campaign, or bit of fluff or something. The hobbit on the left is from Reaper, the two on the right are from Westfalia.

Posted by ZeroTwentythree at 12:19 AM 5 comments: