Undeadish WIP on the Painting Table

I've been working on 800 things at once, so I've got some more figures started, but nothing quite finished yet. But a lot of the undeadish are coming together on the painting table...

After I finish this batch, I will do a small group of cavalry to go with them, followed by a boatload of basing. Then I believe I will wrap up some odds & ends.

Posted by ZeroTwentythree at 11:42 PM 2 comments:

I was wrong about no pictures in my last update. I forgot I had painted a prototype undeadish ogre & took a photo. Pretty happy with it, so I think I will go ahead with the rest of the small unit of them. 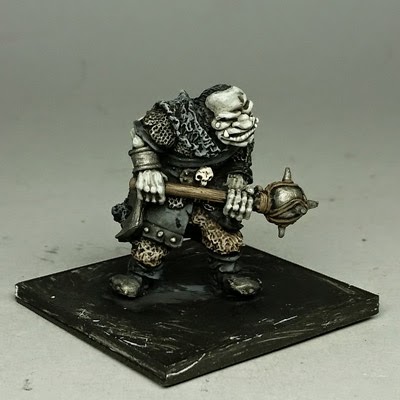 Posted by ZeroTwentythree at 9:35 AM No comments:

I am going to start putting together photo pages for my current project(s). These will appear in the links at the top of the blog (or a pull down navigation menu on the mobile version.) Right now there is only the Army of Marienburg, and just a few photos there so far. I will add more as time permits.

I think I'm also overdue in assigning my domain (www.zerotwentythree.com) to the blog. For years it has just forwarded viewers to the Blogger (zerotwentythree.blogspot.com) site. It's about time that I (finally) set up Blogger to just incorporate my domain. I'd like to set that up sometime soon, too.

Sorry, no new photos of painted figures. I have some other pressing deadlines to meet by the end of February, so not much painting for another week or so.
Posted by ZeroTwentythree at 11:27 PM No comments:

Great Orcs and a German

Small update. I painted up a woman from Foundry's Ancient German range (will go on a command base,) and did a bit of rebasing on some previously painted great orcs (and a hobbit...) Both intended for use in the solo fantasy game I'm working on. 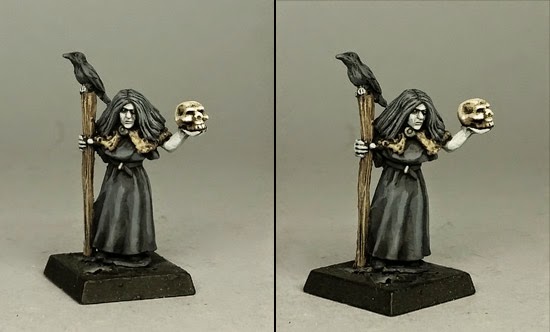 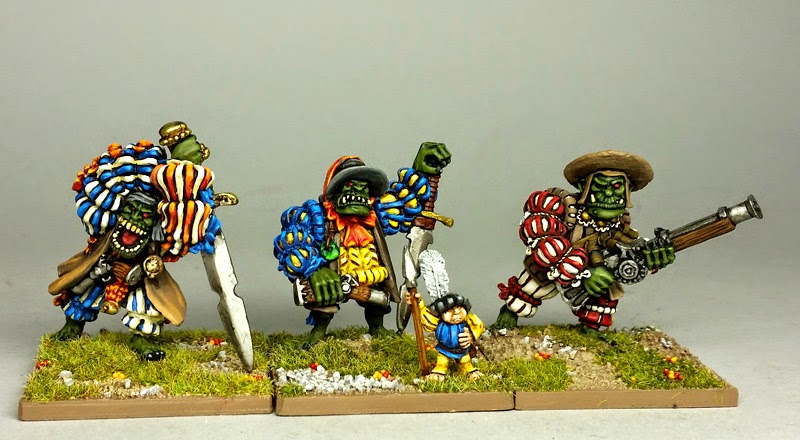 Leonardo vs. the Undead

That's more a concept than an official title, but who knows.

The idea I'm pursuing for a solo game is fantasy. My old Empire/Marienburg army as the live player (me) against a programmed/solo army of the undead. Seems like a good fit. I'm heading out of WFB territory. The first rules I'm planning on trying out are a variant of Hail Caesar and either Crusader's Legions of Battle (fantasy) or a variant of their historical Crusader rules (which I think I prefer for a few reasons) or a combination of the two Crusader books.

So that means no "army lists" either, just my own ideas, which is liberating. I think I had already grown tired of the rigid & overly competitive atmosphere that was increasingly dominating WFB. I've just started to poke around some of the blogs/pages of "Oldhammer" stuff, and I think that's sort of more my calling.

I've been posting  some of these thoughts at Warhammer Empire, which I've still continued to visit during my "break" from gaming and increasingly jaded view of WFB. (Great people on the forum, they feel like old friends...) So I will copy & paste what I wrote there regarding my first concepts for the two forces below. (Next time I may post my first thoughts on solo gaming rules.) But first, a few pics. Because this is the internet, and a miniatures blog, and I know that we don't "just read the articles," as the saying goes.

These are some old ancient Germans I still had from my now sold ancients. A mix of Foundry and Crusader. Painted to look a bit undeadish... but not entirely. My initial concept is inspired a bit by the Brothers of the Pines from Moorcock's second Corum series. They've sold out to an inhuman power, and are now unnaturally bound to service, while still retaining some will of their own. So not the mindless undead, but not entirely free, either. 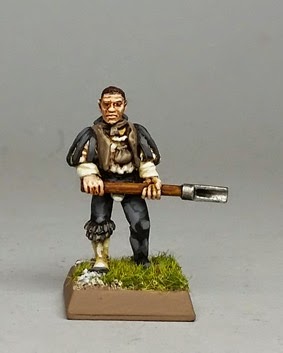 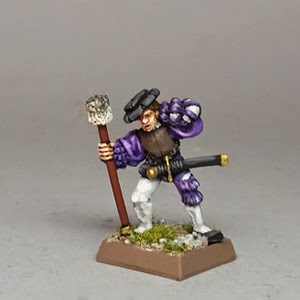 And also a few more artillery crew for the Marienburgers, old GW figures.


Concept for the forces of Robo the Necromancer


Robo (as I am calling him/her/it for now) is obviously the C-in-C, but for now will remain out of the picture. Or off the battlefield, at least. That will leave various subordinates commanding in the field. I'm going to use the structure of Hail Caesar/Warmaster as a starting point, so armies will have several commanders, each in charge of their "brigade." So to begin with, I will define several subcommander archetypes, which will mostly determine the composition of their forces, but maybe to a certain extent will also determine their leadership capabilities as well. I think most of these will be unique, except there will be multiple Military Animators. Possibly more than one Spiritual Enslaver.

1. Military Animator: Animates undead troops, which are directly controlled by the leader, in a militaristic style. These will form the backbone (haha) of Robo's forces, and will be composed of typical skeleton infantry & cavalry.

3. Agent Provocateur: Scheming necromancer who destabilizes towns/cities, then animates the dead into mobs of zombies. Since the Agent is more a social manipulator than military leader, this explains why the zombies are masses of sloppy, meaty dead compared to the more reliable skeletal troops of the Military Animators.

4. Vermin Lord: Allies. I have some Skaven and other rat themed figures. I like them, want to use them, and think vermin fit well with the undead. This is not a GW Vermin Lord, but I do like the name.


Other hazy concepts under consideration: Etherialist, Beastmaster, Constructor, Besieger. Maybe those last two are combined into an Engineer.

Also under consideration are individual mercenary or slave units that may show up in any of the commands above, as individuals, or maybe together in a sort of "evil dogs of war" type mercenary brigade. This is entirely based on either figures I already have, or things I may want to get & paint up for whatever reason. So far this would include (from my existing collection) Greater & Lesser Goblins, Myconids, and maybe Greater & Lesser Troglodytes.


Well this one is easier, as it's just a slightly modified version of the canon Marienburg, though my AltHammer setting will be somewhat different than the official Warhammer setting. So it will be an independent city state with a mixed relationship with the neighboring Empire. Since it's mercenary based, I will have less distinct brigades. Most will be mixed. I will keep the diverse racial composition. But I do have a couple of distinct brigades.

1. Mercenary. The core of the army, diverse troop types.

2. City Militia. Only present in armies directly defending the city and immediate environs.

3. Wood Elf Allies. I have a small 3rd ed. Wood Elf army. May as well use it on occasion.


Posted by ZeroTwentythree at 11:38 PM 3 comments: