Unfortunately, I couldn't get one before the OWAC ended. But nonetheless, I now have a Zoat and I'm thrilled to add it to my collection, and the wood elves I just completed in particular.

Just got it this week, and it headed straight to the top of the painting list! 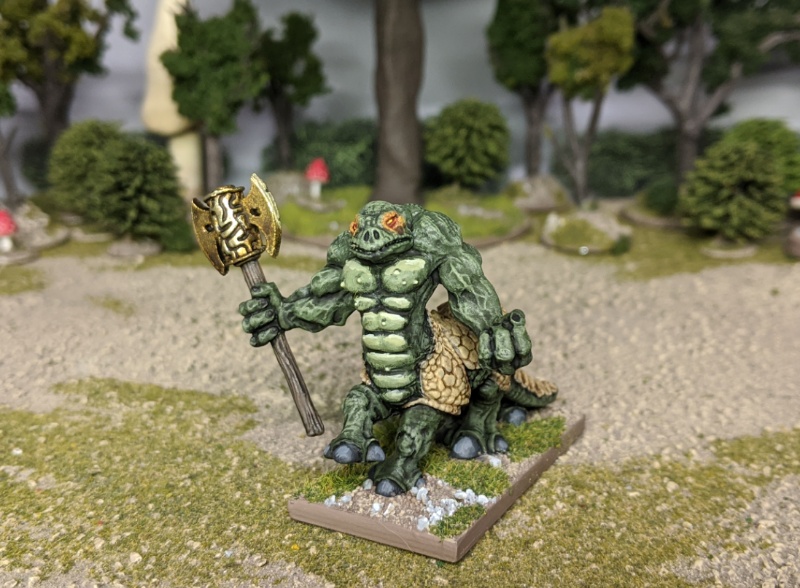 Posted by ZeroTwentythree at 2:42 AM No comments:


I am exploring the possibility of putting together a small Slann army for Rogue Trader using Diehard Miniatures Eru-Kin figures. (They looks awesome.) Possibly for the next Old World Army Challenge, which is rumored to be opening up to the 41st millennium.

While the Slann had a detailed entry in the RT core rulebook, the were coldly cold-bloodedly ignored in subsequent publications.

So that's where I hop on to the scene. The first step in my process is making sure that my character/unit/vehicle entries look suitably retro. So I'm recreating the graphics & layout used in the RT book as well as the army lists in Chapter Approved. I still have to refine the design, but here's where I'm at so far. Still work to do.... 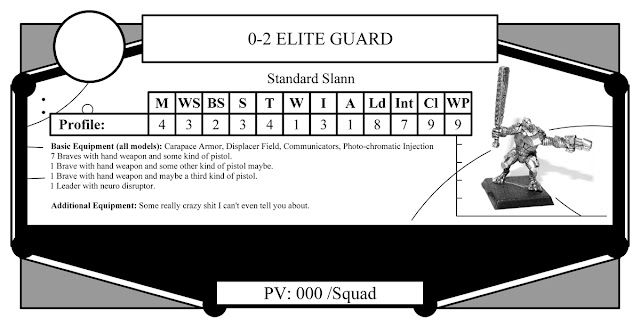 And here's a fresh,  contemporary entry template. Not quite 100% there yet, but working on it!

Posted by ZeroTwentythree at 1:11 AM 3 comments:

I painted the 5 Cro's Goblin Raiders from Alternative Armies to go with the previously painted Hob-Goblin Raiders (also AA) for use as a small unit of half-orc skirmishers. They have a nice retro, motley look to them. 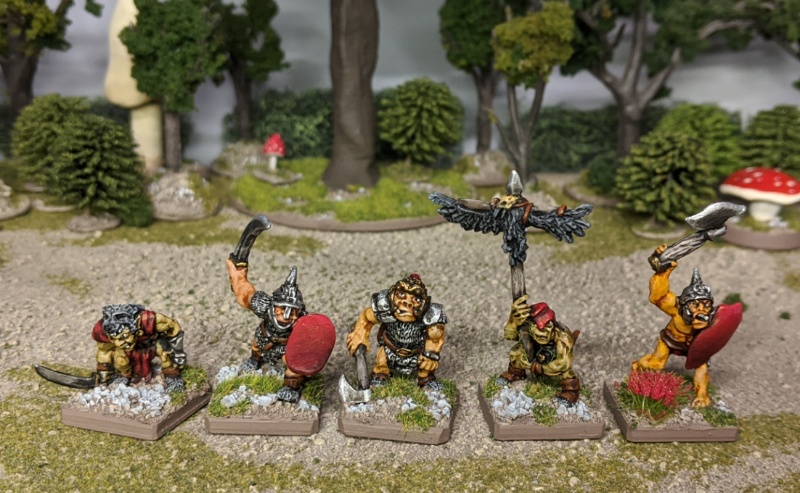 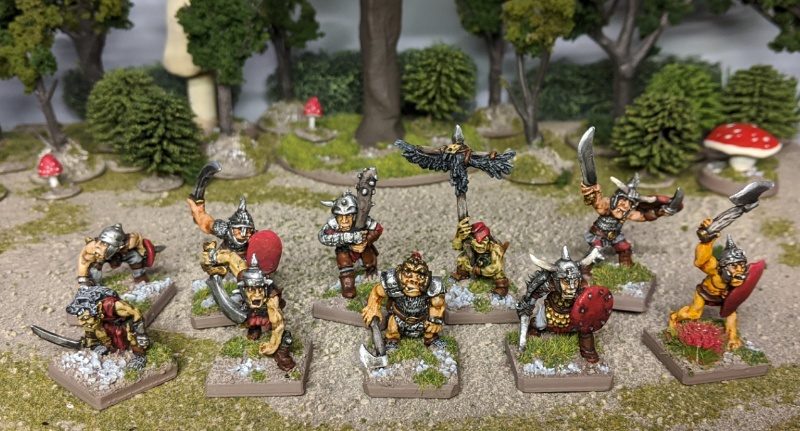 Posted by ZeroTwentythree at 10:37 PM No comments:


I've based the new test figure, and repainted all green flesh on all the old Crucible goblins I had previously painted. I think these will to quite nicely as another regiment of daemons! I think I like the solid red feathers on the new figure better than the "stained" feathers on the old ones, though. Maybe repaint....? 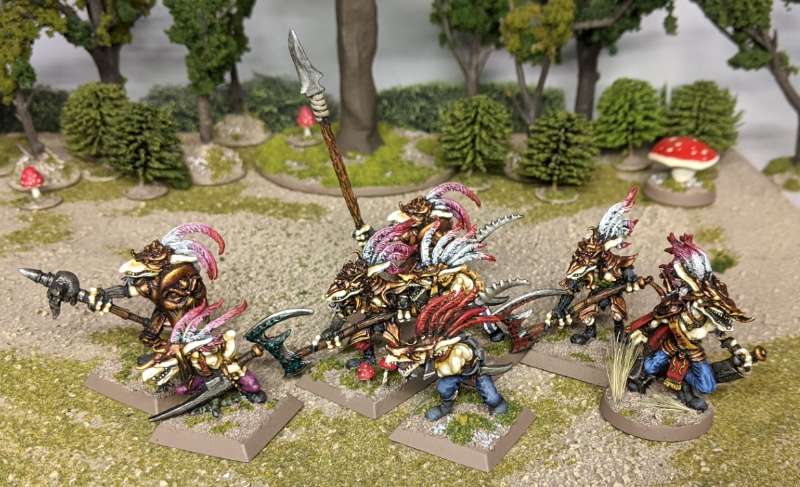 Next... painting some of the unpainted Crucible goblins to round out the regiment.

I'm already starting to consider what other figures I could recruit as non-RoC/unaligned daemons. 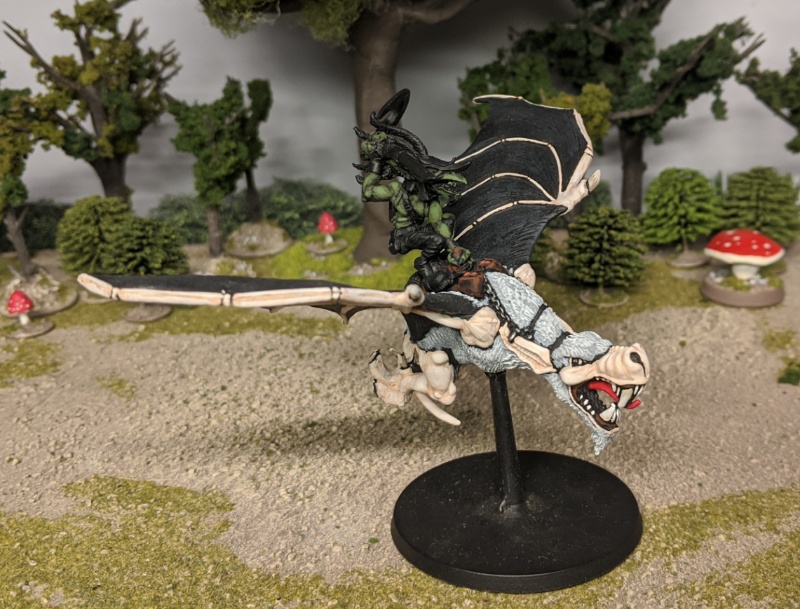 My memory was jogged by a comment from Beefcake on the LAF that I still had a half-painted bat rider to accompany the Crucible goblins. After searching through some boxes, I found it. So that may (finally) get finished at some point.

In the same box I found these guys, in pretty rough shape -- a little bent, old paint chipping off. Ral Partha giant bees with a couple of unknown 15mm knights, since I didn't have the original riders. Painted for a never completed Hordes of the Things army. The figures were OOP for a long time, but I think Iron Wind Metals recently brought them back into production.

Not sure what to do with these. 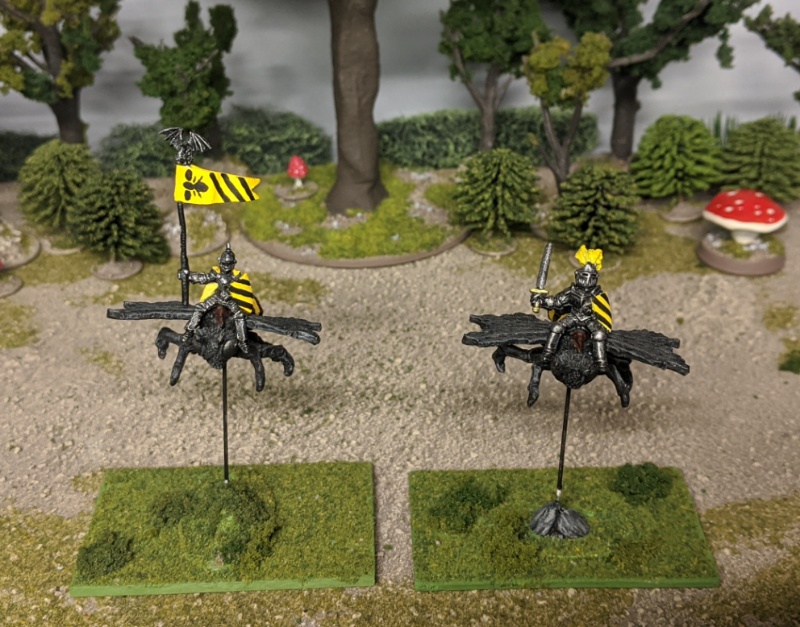 Posted by ZeroTwentythree at 10:04 PM No comments:

Here's a pic of my scouts plus the faerie dragon familiar I painted for the OWAC. 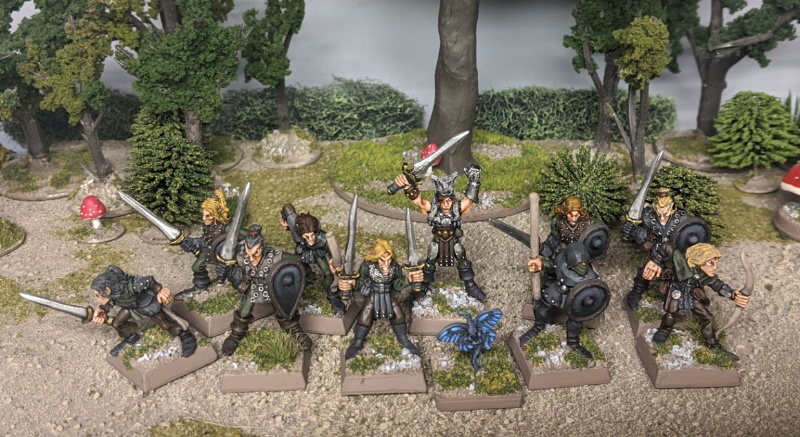 I'm still working on the idea of a few regiments of non-aligned, or more specifically pre-RoC daemons. The Powrie (aka "rage Smurfs") I posted recently are an excellent start. Looking thougth what I already have, I came across some old Crucible goblins -- mostly unpainted. The figures painted previously used typical green (though dark/dull) skin colors. But for daemonic minions, I thought something a little more alien, or at least removed completely from O&G would be a good idea. Hence my new experiment with a light (white-ish) colored test figure.Thougths? 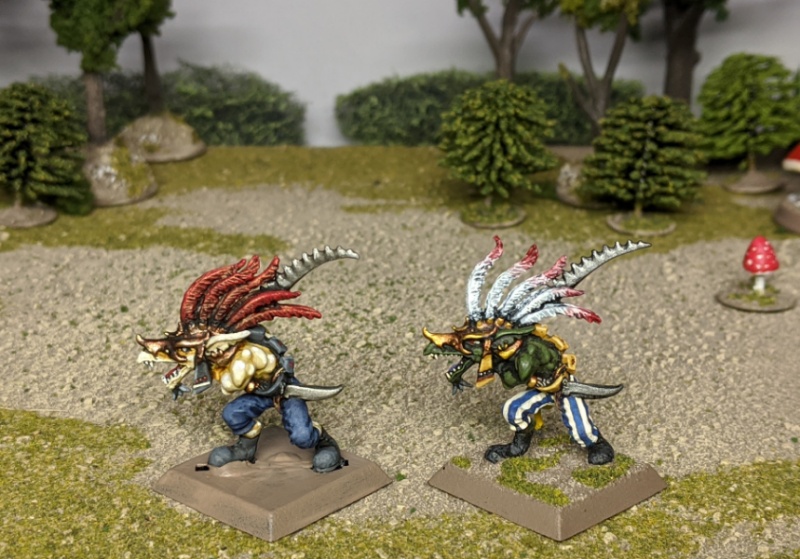 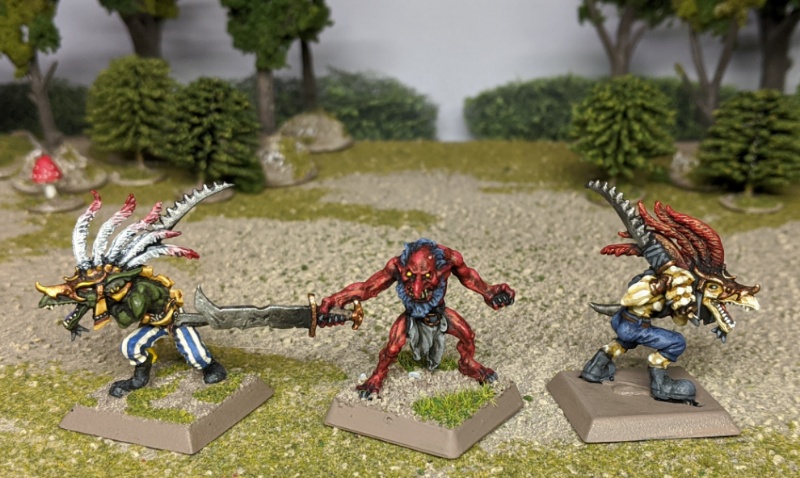 Posted by ZeroTwentythree at 1:33 AM No comments: