The first half of the month I was mostly working on my OWAC5 figures plus "extras." Those are essentially finishes and that update will be coming soon.
So now that I have some breathing room, I've turned back to the sci-fi/Five Parsecs/Alt Trader project.
I forgot to show these previously! Last month I painted two more Wraithguard, so I now have one each of those and the Ghost Warriors. 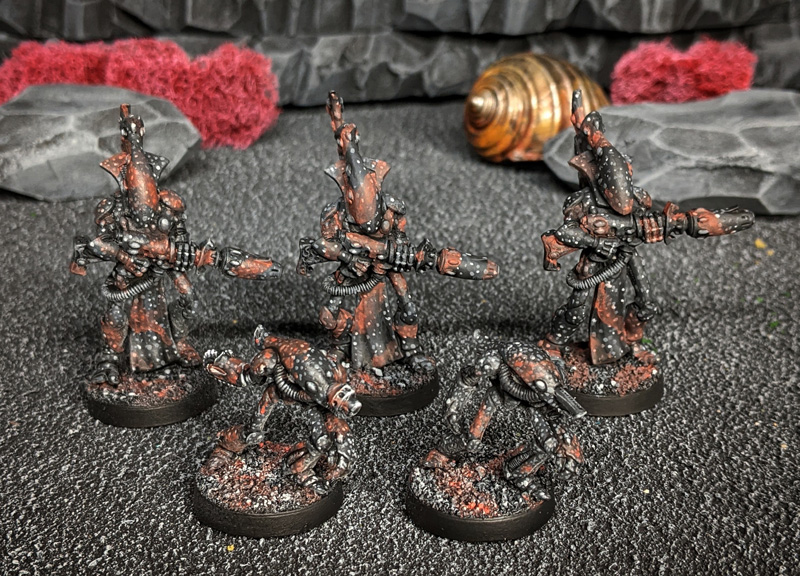 I'm working in finishing figures for my crew, and completed two more. Plus a psi-weasel. 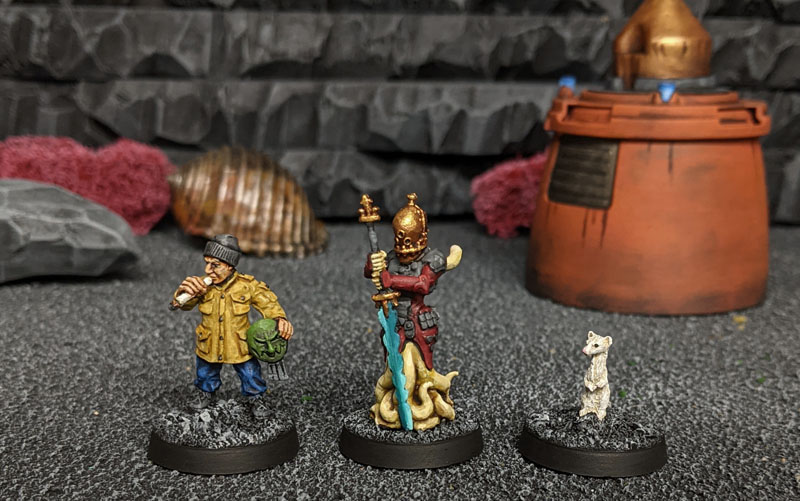 Not much is known of the elusive psi-weasel. Their planet of origin is a mystery, and so far no one has even been able to narrow it down to any particular part of the galaxy. They seem to appear and vanish with equal abruptness. Each specimen that has been observed has exhibited unique psychic abilities, and it has been theorized that some sort of psionic teleportation may be responsible for their surprise comings and goings. But that is speculation, almost nothing is known for certain about these creatures among Imperial out Outland researchers. There are rumors, however, that the notorious Spaven naturalist/mutologist David Rattenborough has captured one and utilized it in developing a "rodent psy-bombs" that have recently been spotted in several incidents in the fringe of the galactic north.
Here's the crew in-progress. Almost done! I've updated the Crew Page too.

I decided that Kev is one of at least three Immortals that will appear in both fantasy games (he previously appeared leading WFB goblin armies in 6th/7th ed.) as well as sci-fi games. The fantasy Kev was painted +/-20 years ago. It's sad how much my painting has declined in the intervening years, at least on this figure. Space Kev looks like a cartoon version of the original. My eyesight isn't what it used to be. 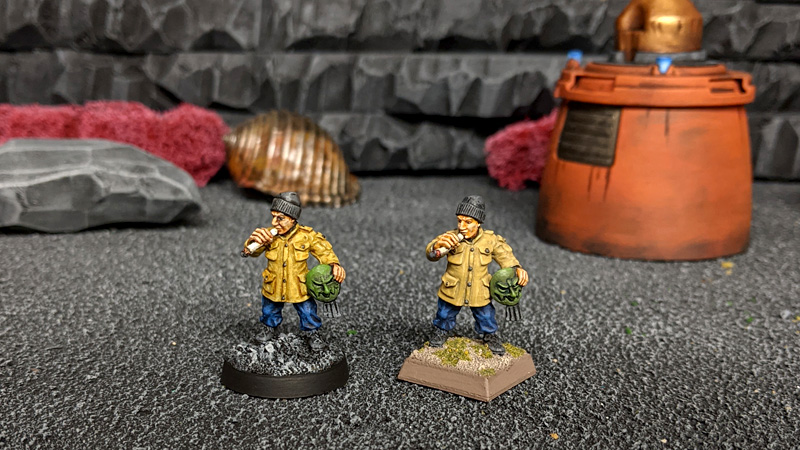 On a personal, non gaming note, we've had a crazy winter, even for typical Cleveland weather. It's not that it's been particularly cold or snowy. In fact, we had a couple of "polar vortex" years where it was far far colder.  It's the fact that within a single week, we will go from 7 degrees (F) to 53 degrees (F) with everything from torrential rainstorms, to the world turning to a solid block of ice, then getting buried in 12" of snow, and then all melting two days later... and the cycle starts again the following week.
But today's break in the weather, warm (compared to 7 degrees) & sunny ON A WEEKEND... Hell yeah, grilling season has started! ;) 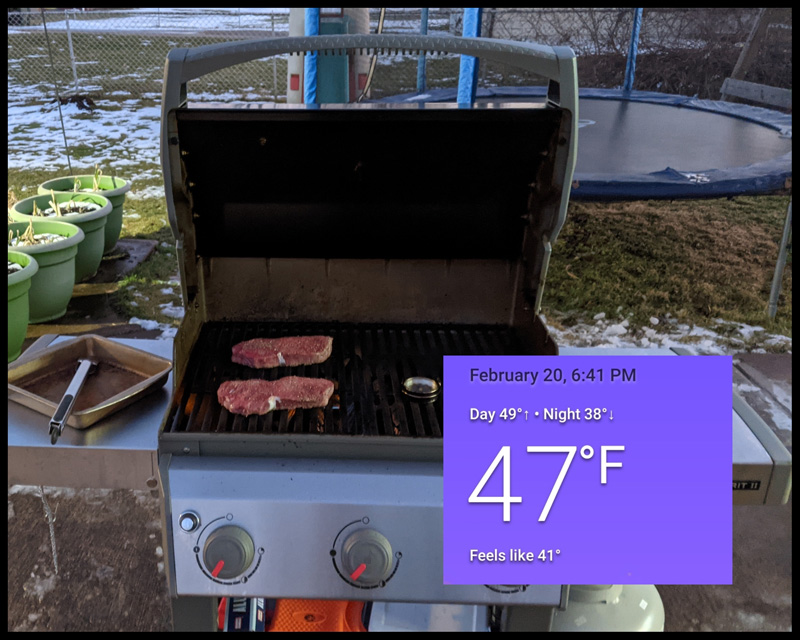