Richard aka "Orclord" of Stuff of Legends posted an updated photo of some of his giant collection on a few Oldhammer FB groups and it got me thinking about the fact that I've been meaning to do the same thing. End of "Big April" seems like a good time to do it. My own collection is not nearly as large, and I don't have any where good to photograph them all, but for what it's worth...

FWIW, the unpainted giants I still need to work on are: the Mantic giant, the Otherworld giant, and three Reaper Bones giants.

Also, following up on a request for a close-ups of the victim who is about to become lunch for the Heresy giant: 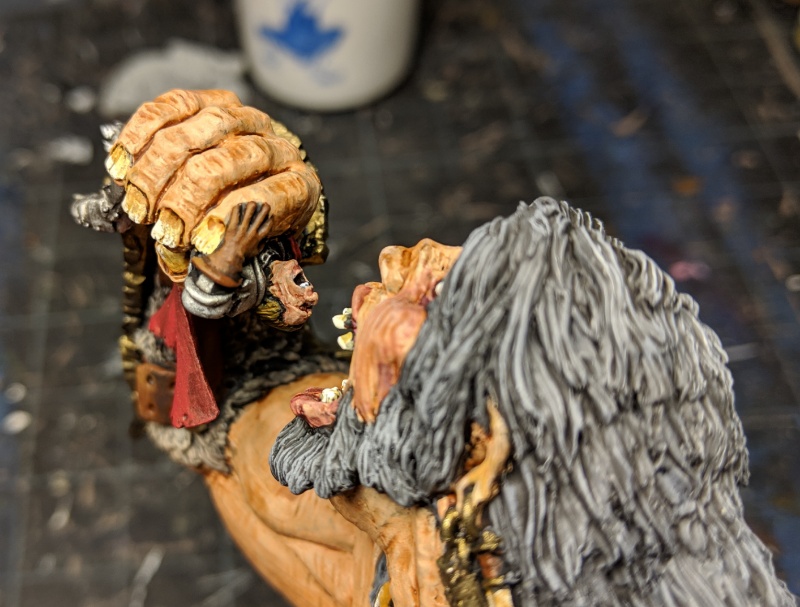 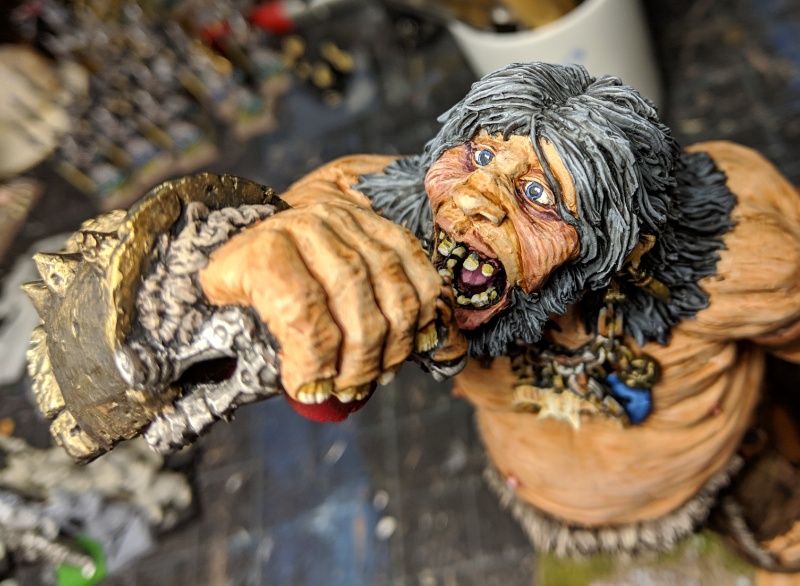 Speaking of giants... not getting any more painted this April, but prepping the next giant(s). I'm debating a head-swap on the Mantic giant -- still undecided. 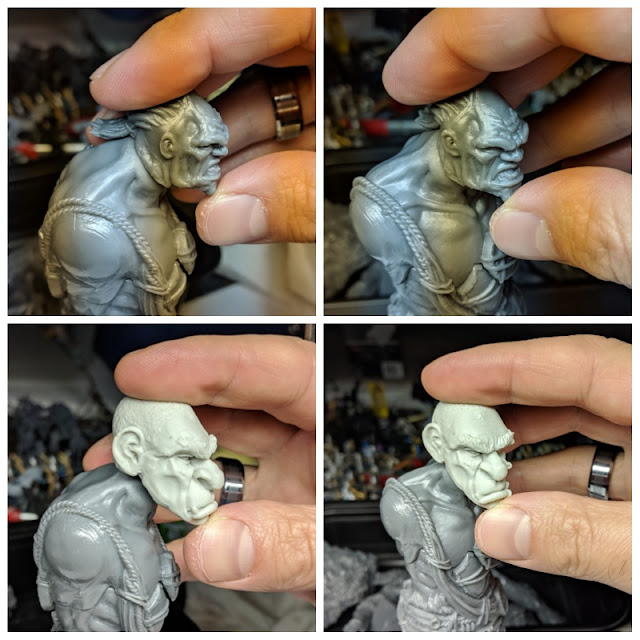 I've also started prepping minis for the last two months of the Old World Army Challenge. The next two months are going to be horribly busy at work, and I will be doing a bit of travel. So finding time for painting will be challenging.

Since this photo a couple days ago, I've got the separ unit, champion, and the rest of the chariot prepped & primed. Plus I sculpted a new top for the wand on the elf witch, and primed here as well. Just the wardancers to clean & prime now.

Here's the broken wand, with a bit of wire on top to give me something to sculpt on. The idea will be to give it an oyster shell, with the globe in the other hand being a pearl. 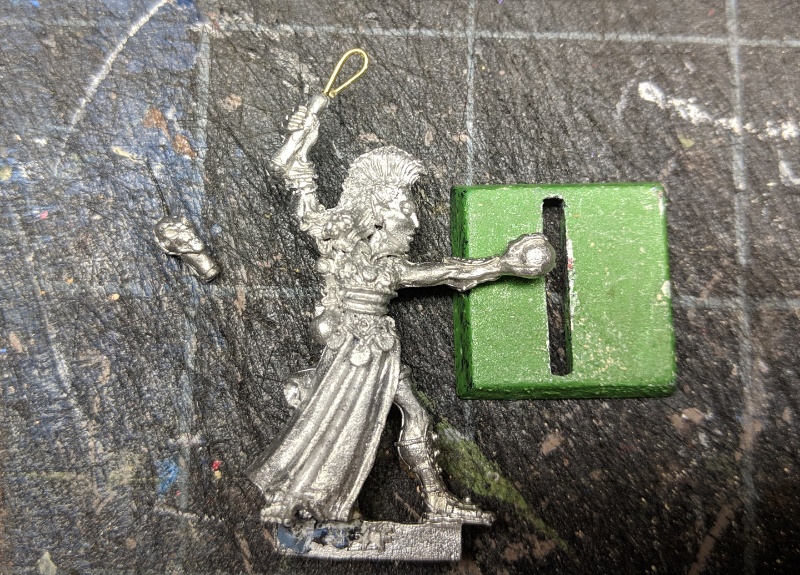 Posted by ZeroTwentythree at 6:20 PM