It's been about a year since I bought the game and started prepping for it, but I've finally played a few games of Sellswords and Spellslingers. For those not familiar, it is a cooperative (or solo) fantasy skirmish game with a bit of an RPG feel to it. I downloaded the PDF from Ganesha Games, and bought the printed cards. You go through a points based party/character creation and then dive into scenarios. There are "between games" campaign activities and progression as well. 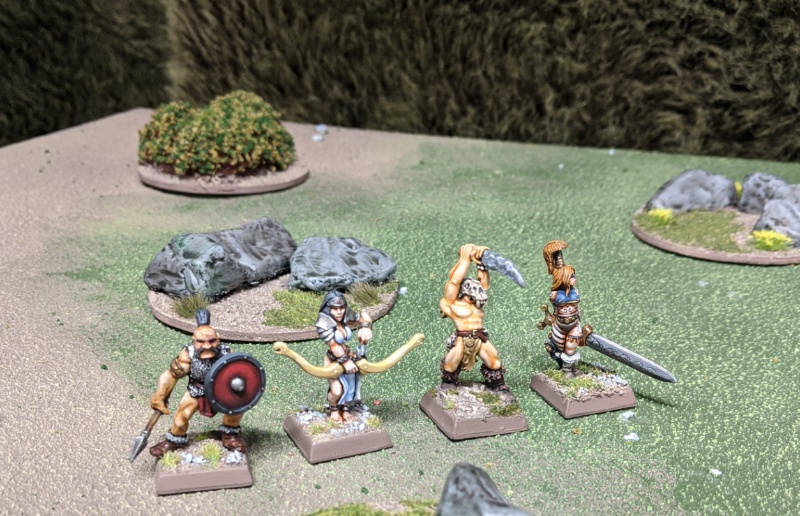 I originally had a some other plans, but ended up creating a team of four barbarian adventurers, from left to right... P-Stash, Bowie, Stabbie, and Yubie. I'll get back to the other ideas after running this group for a while.

There is no order to the scenarios, but I started with the first one, "Through The Badlands" because it seemed like a good learning scenario. 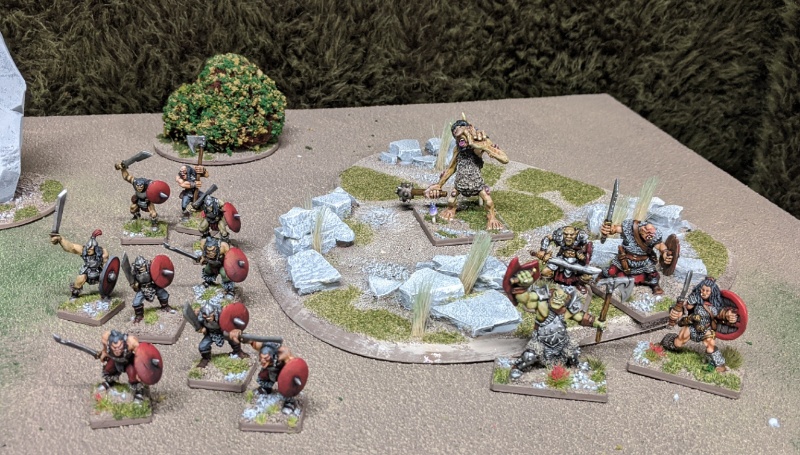 This is what I was up against... Orcs, Orc Brutes, and a Troll. At least to start with. The way the mechanics of the game work, each character rolls between 1-3 activation dice. Roll 8+ on a d20, and each success is an action for that character. Fail, and you draw a card which means enemies activate, more enemies join the game, or one of a handful of events happens.

I failed at least 2/3 of my activation rolls throughout the game, which meant that the Heroes didn't get to do as much as the Villians, and more of them kept spawning around the table. Stabbie the shaman fumbled (rolled a 1) his first spell roll, which meant no magic the rest of the game. Bowie fumbled (rolled a 1) her shooting early on, which took her skills down a major notch as well. The scenario involved my group getting from one side of the killing field to the other. It was a flight for survival. After many rounds of activation, at the end of the slaughter, this was my deployment area. Yubie got bogged down in combat and almost never making an activation roll. She lasted longer than expected, but eventually fell from her wounds, comatose. She could have been carried to safety by her "friends" but by this time they were in a panicked sprint for safety, far far away. 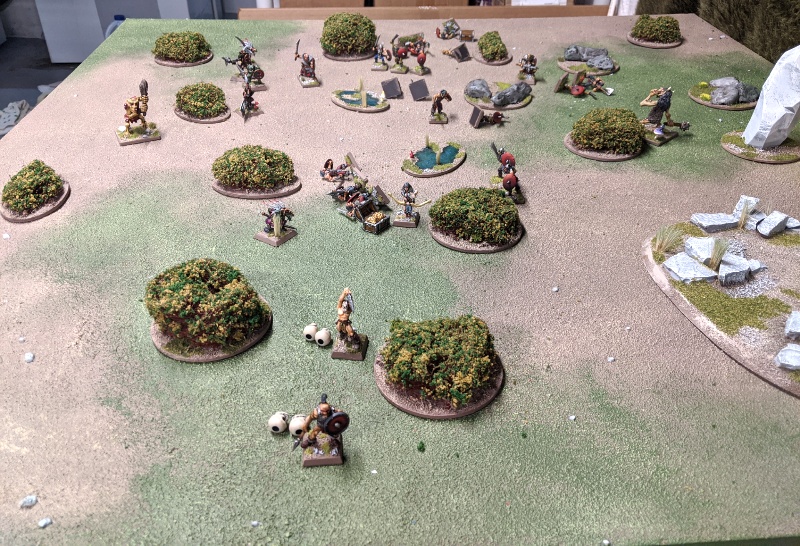 Here's a shot from the other side. You can see the others (Stabbie and P-Stash each down to their last hit point) making a dash for survival, corpses, pursuing foes and their abandoned friend all on the distance (and to either side, off camera.) This is right at the edge of the table. You would think they were home free. 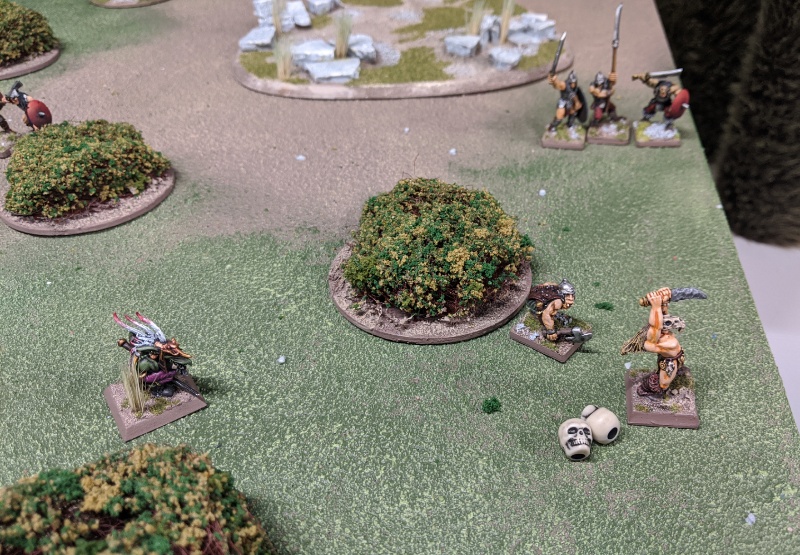 Here's Stabbie, the inept shaman, mere steps away from "edge of the world" safety. He's already been lapped by his companions because he can't roll above a 5 throughout the game. Just one activation and he's free... nope. Failed, resulting in another orc (just to his left) ambushing out of the bushes... er, ambushes? Just an orc, not a difficult combat at least... right? Nope again. Fumbled, lost his last hit point. But at least he's got a roll to see what happens... aaaaaand he's flat out dead. 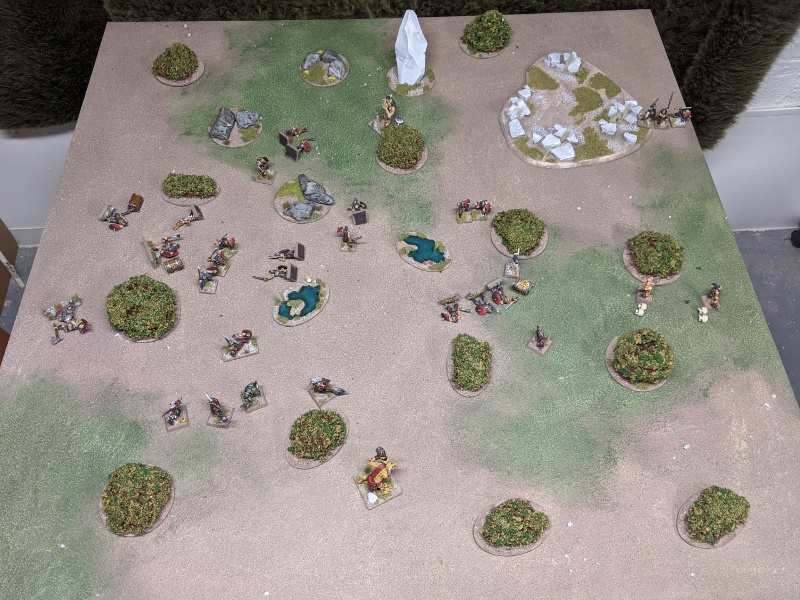 The carnage at the end of the game. We started on the left, and 50% of The Low Rollers (they have a name now) exited off the right.

Since Stabbie and Yubie didn't really get much of a chance, I added their twins back into the party for the next game.

Next game? Yes. I thought it was worth another try. I like the mechanics, though they seem like they fluctuate between extremes. And the dice really had a heavy part in the game. But that's also what went wrong here... A large majority of my rolls were 5 or less on a d20. No rules are going to mitigate that. The game deserved a second try.

Back to that in the next update. (FYI, I just finished Game 4. Give me a few days to catch up with updates...)

Posted by ZeroTwentythree at 10:54 PM