Last year after the Old World Army Challenge, I learned there was a smaller, more relaxed "off-season" challenge in Oct. & Nov. in which any of the OWAC participants who wanted to paint a 10 person squad or unit. I ended up doing double-double duty last year and painted 24 half-orcs which also coincided with Orctober. Doubleplusgood!
This year I've been looking at a couple of options, but a new one jumped out at me today and I thought I would elaborate a little with a group photo.
Similar to the sea & wood elves, half-orcs, trolls, fomorians and other minor factions, I've had a small dwarf sub-faction developing for many years. In my mind, they're much more an integral part of the Marienburg forces (which are largely mercenary anyway)... but I've always had a thought to expand them to a more fully developed (yet small) faction.
Here's the state of things right now. 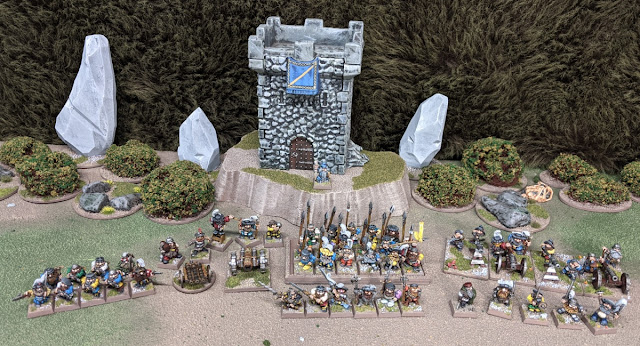 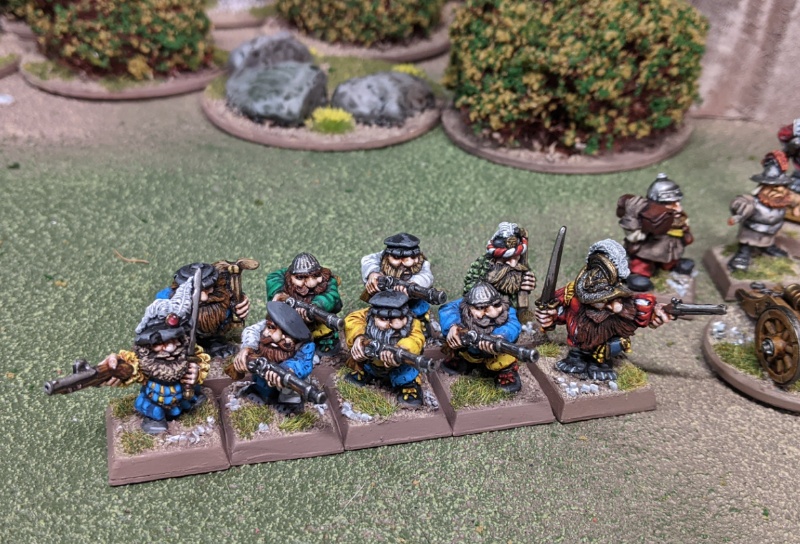 Handguns, pistols, and a couple of crossbows. 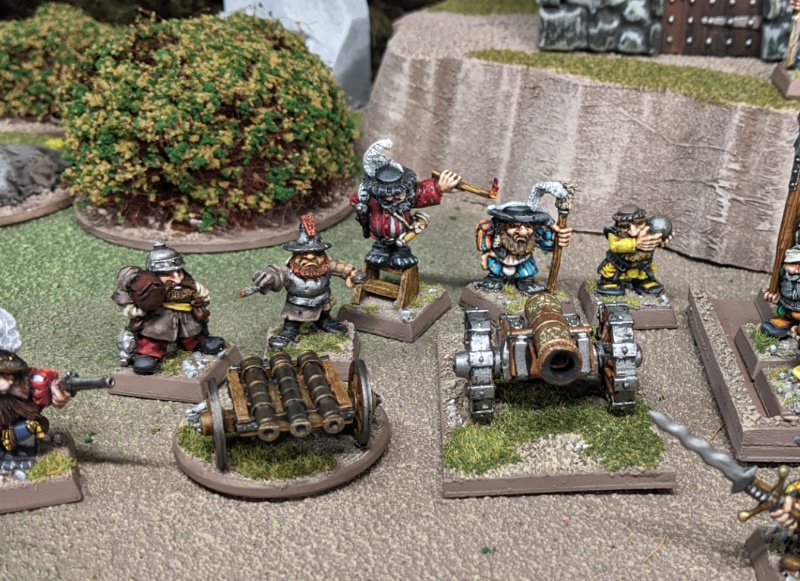 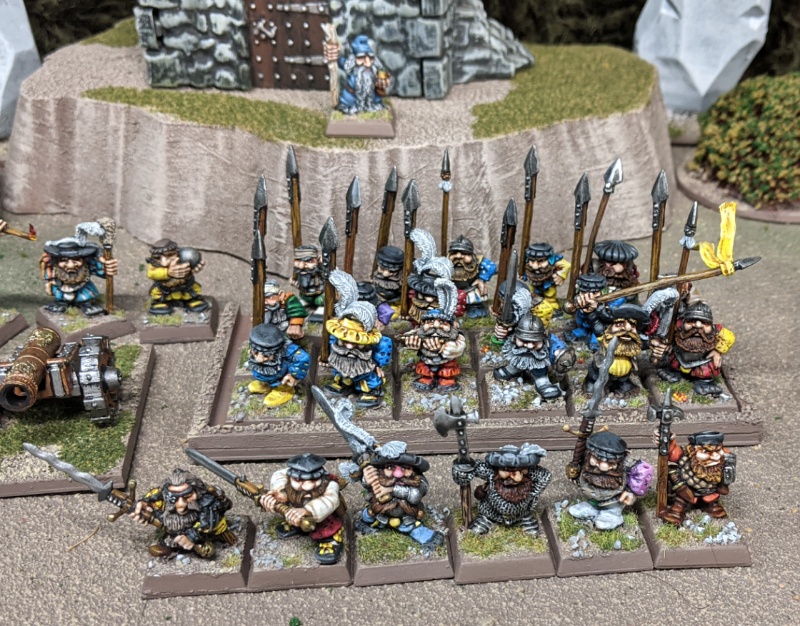 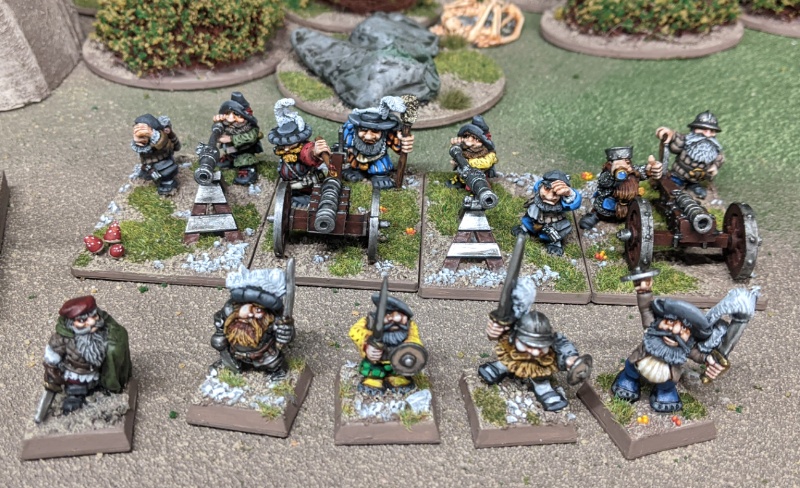 Light artillery in back, sword & buckler skirmishers in front. 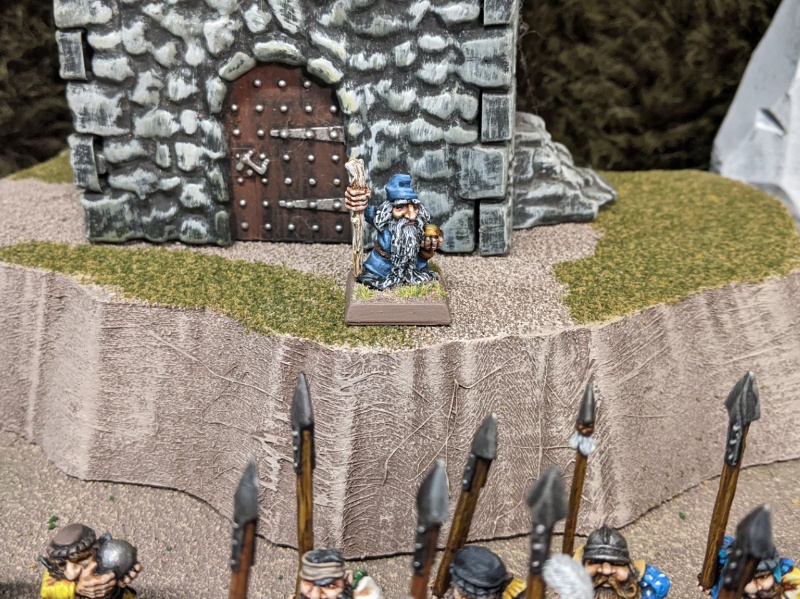 Yes, we have a mage. Or at least a wise elder.
So on to the possible challenge figures... 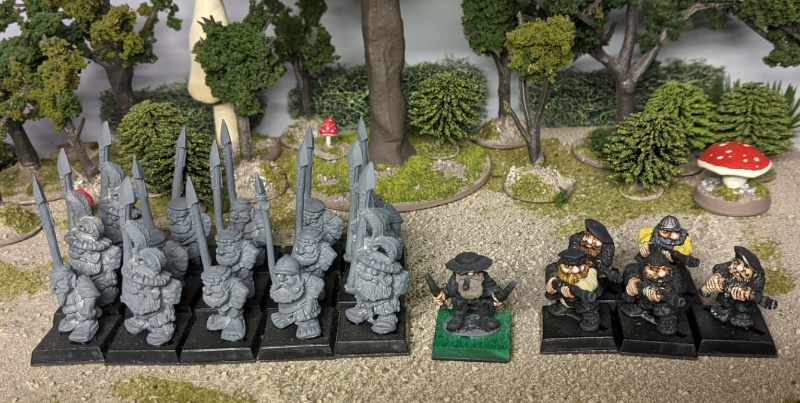 Primed & ready figures. I'm thinking about adding to the pike/spear regiment for the 10 figure challenge. In terms of the rest of the force I've got waiting in the wings (or bins) I have the actual Marauder cannon/siege gun, more artillery crew, a few more (duplicate) command figures for the spear/pike regiment(s), 6 (I think) of the White Knight dwarf spear/pike, and a few odds and ends. Maybe not quite enough to round out the force the way I would like, but it will still get me closer.

Confession: I still view these as distinctly mercenary and at some distant point in the future wouldn't mind doing a small, more "traditional" dwarf clan contingent as well.
Posted by ZeroTwentythree at 12:57 AM