It appears to have been a while since I've updated. That's due to the lack of painting or gaming since the beginning of July. 2021 has not been kind.
First, a bit of catching up. Early in July I posted my wrap-up for the 2021 Old World Army Challenge. I've never had difficulty finishing a painting challenge until this year. In fact, I skipped everything other than the OWAC. (No "Big April", "Month of Marsh", or "Orctober" for me.) But at least I'm happy with the end result of OWAC 2021!
https://oldworldarmychallenge.blogspot.com/2021/07/zerotwentythrees-post-owac4-eldar.html 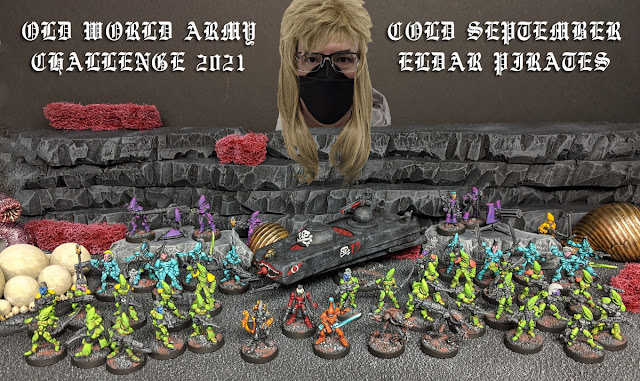 Recently (last two weeks or so) I've squeezed out some time at the painting desk again. Thank FSM. I needed it. Painting is my anti-stress, my meditation. And I needed it.
I've been continuing with the sci-fi theme, participating in the "squad challenge" that the OWAC group does as an off-season warm up or something like that. Essentially, it's painting 10 figures with a common theme over 2 months. I'm continuing with sci-fi, painting some more "supporting characters" for a hopeful solo campaign of Five Parsecs From Home. More on that later.
So the painting... 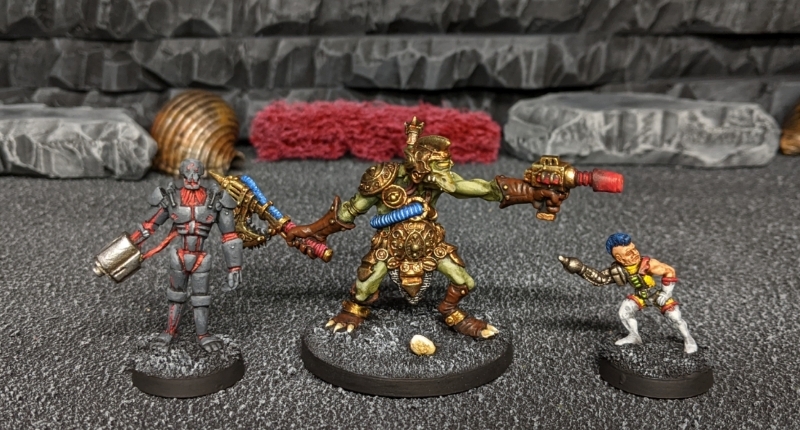 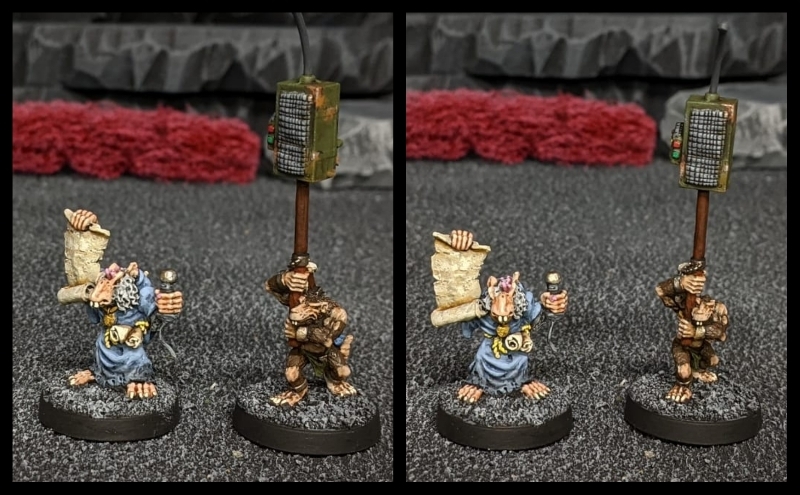 David Rattenborough, famed Spaven naturalist & mutalogical engineer, with his field assistant, Gleek. Seen here with a vox caster, no doubt presenting the findings of his latest expedition.
99% done painting. Still need inspiration to hit for something entertaining to paint on the scroll. 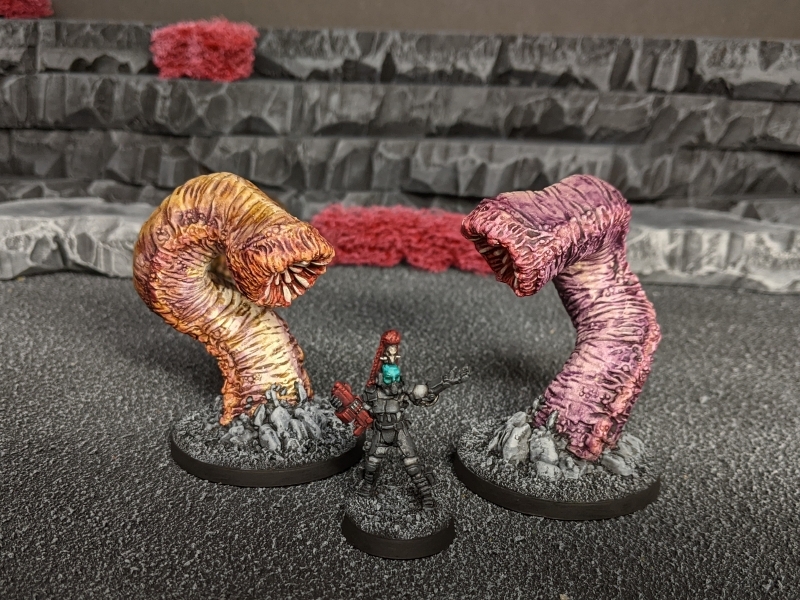 Not sure if she's summoning them up from below ground or about to get eaten. Pic could be telling either story. 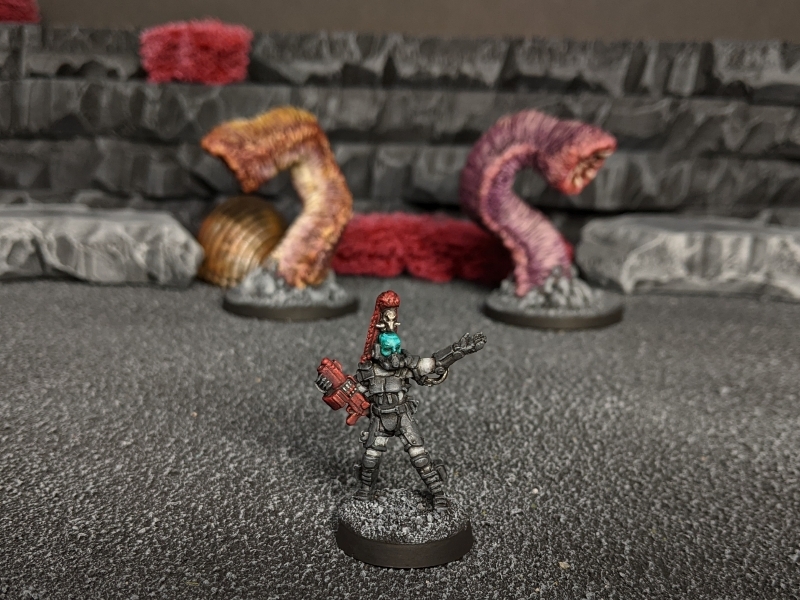 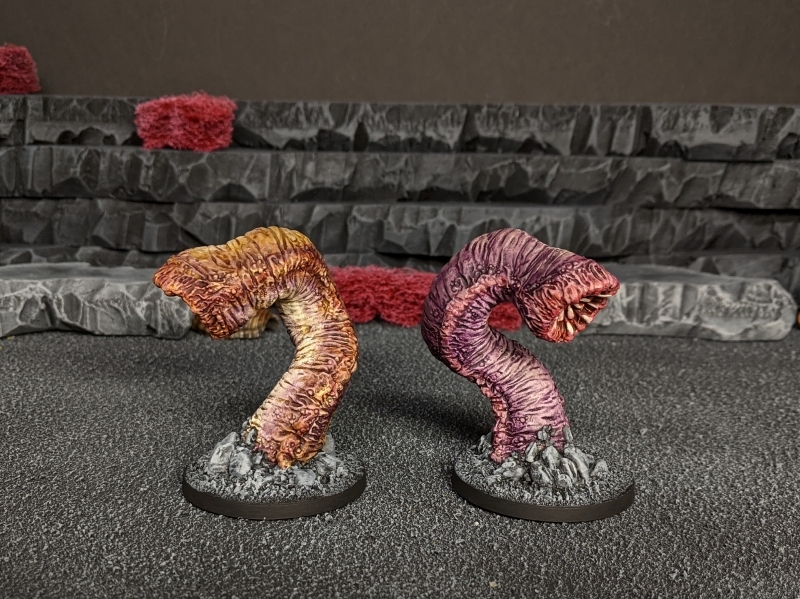 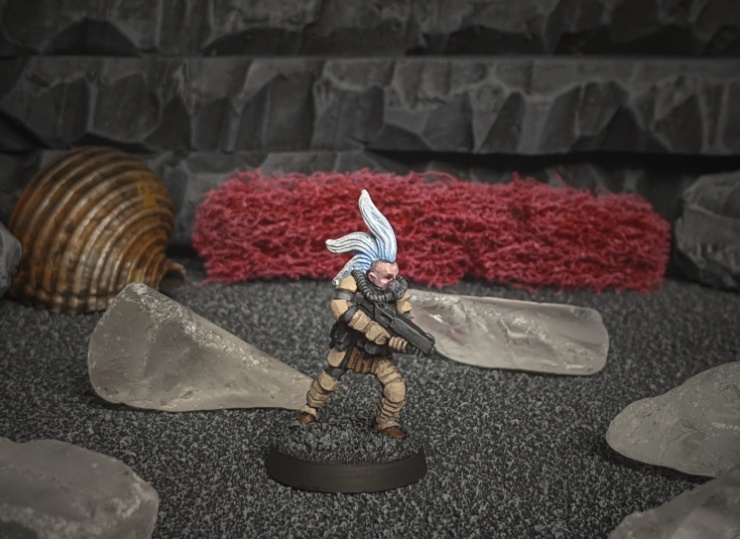 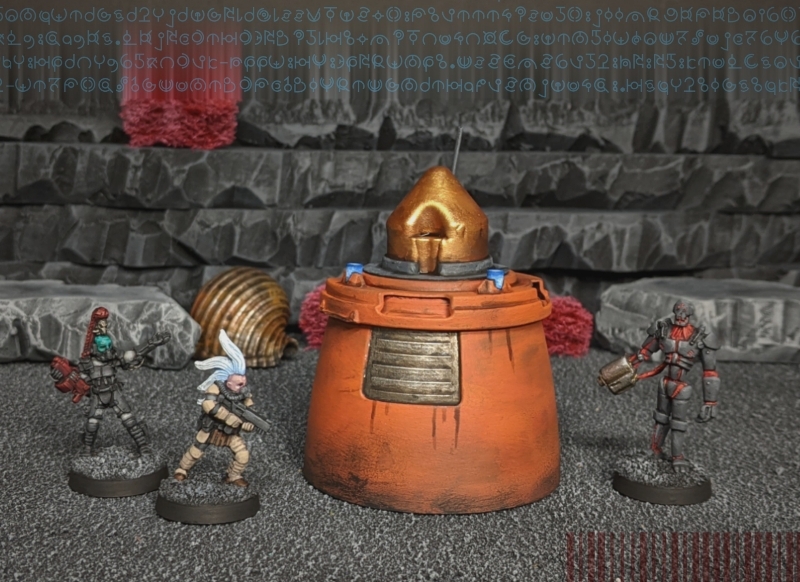 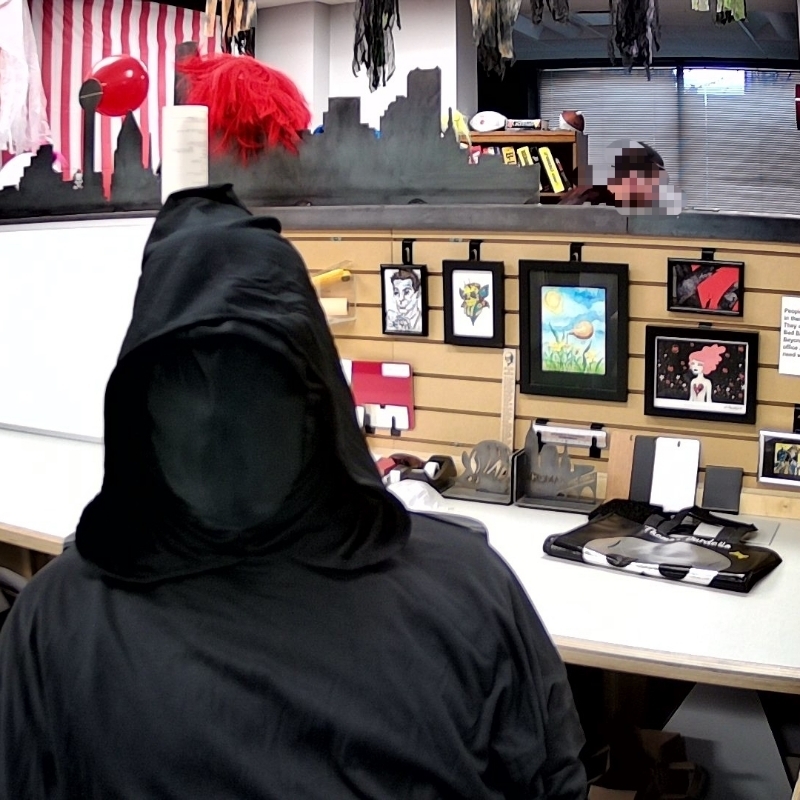 Mostly I work. This year we had an official OK for costumes on the Friday before Halloween, we decorated like we never have before, and our last hour of the work day was "trick or treat."  So this was my casual Friday look. Unfortunately I didn't have any video meetings. "Yes, behold the wraith who designs your retail stores!"
Posted by ZeroTwentythree at 11:53 PM