An assortment of Foundry Celts. Actually, one of them is a mystery figure. Second guy from the left in the second pic below. He's bigger than the rest, and I found him in a small plastic bag by himself. Might have been a sample figure given away at a convention. I have no idea how long he's been sitting around. A couple of these figures have been painted for something like 10 years. Just finished the rest. 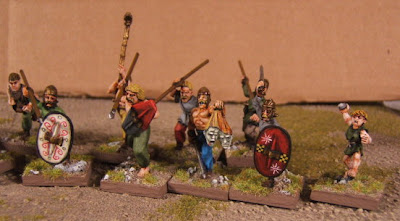 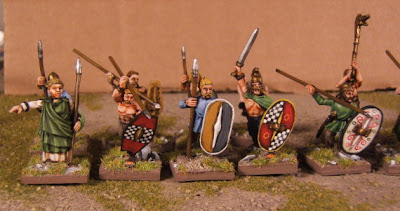 Posted by ZeroTwentythree at 9:09 PM