2015, huh? Looks like it's been about two years since the last entry, and even longer since I've played any games. Most of my gaming stuff has been sold off. I've been feeling the itch to jump back in. I miss it. It was my escape, meditation, and mental exercise. My wife even keeps telling me I need to do something to relax before I lose my mind. More. Lose it more is probably more accurate. Before I go full Ben Horne. But that could bring me to the same end, so it may not matter what I do... 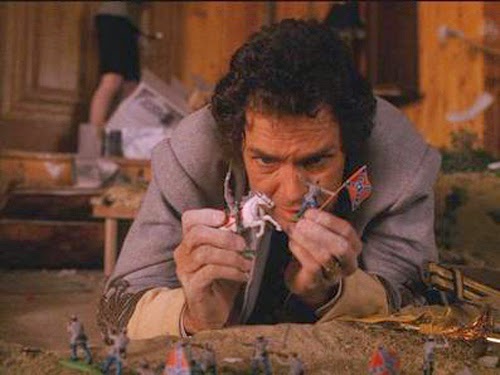 Time and money are major roadblocks. That's pretty much the reason I quit gaming and sold off most my miniatures over the past 5 years or so.

I'm considering is trying some solo gaming. I would really prefer a live opponent, but I'm not sure how to swing that. Last week I started talking to a couple of old friends about the possibility of playing some ancients. But the more I consider it, the less practical it seems.

I've been laying out some rough ideas & rules for solo gaming using preexisting game rules. I'm considering both historical (again, probably ancients) and fantasy. In both cases I'm interested in trying out Hail Caesar and Crusader.

In the meantime I have spent a few spare moments finishing off some of the figures I left half-painted years ago. Like these rocket crew. 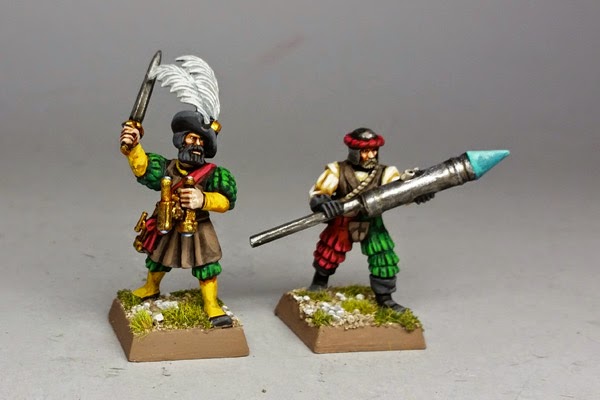 So who knows. This blog may be back. It may not. I'm trying to squeeze out a little optimism.


Posted by ZeroTwentythree at 1:25 PM