Almost April - Something BIG on the Horizon


I'm currently wrapping up my OWAC2 entry for March. (No peeks until it's up on the OWAC site.) But I'm also looking ahead to April. Although I will continue to prep minis for the OWAC, I will probably take April as my month off for the challenge. (We get one Mulligan.) Why?

Well, after joining in on different monthly challenges (Deadcember, Orctober, etc.) I've been doing my own thing every April. Big April as I call it. No puns or wordplay. Just painting giants in April because I like giants and one year it was April and I wanted to paint a few giants, so the idea of doing it every year stuck. Last year I got off half-way through painting the Heresy Miniatures giant, Mucklegeet at the end of the month. An awesome and imposing miniature (and I have Shadespyre to thank for mine.) Here's where I left off... 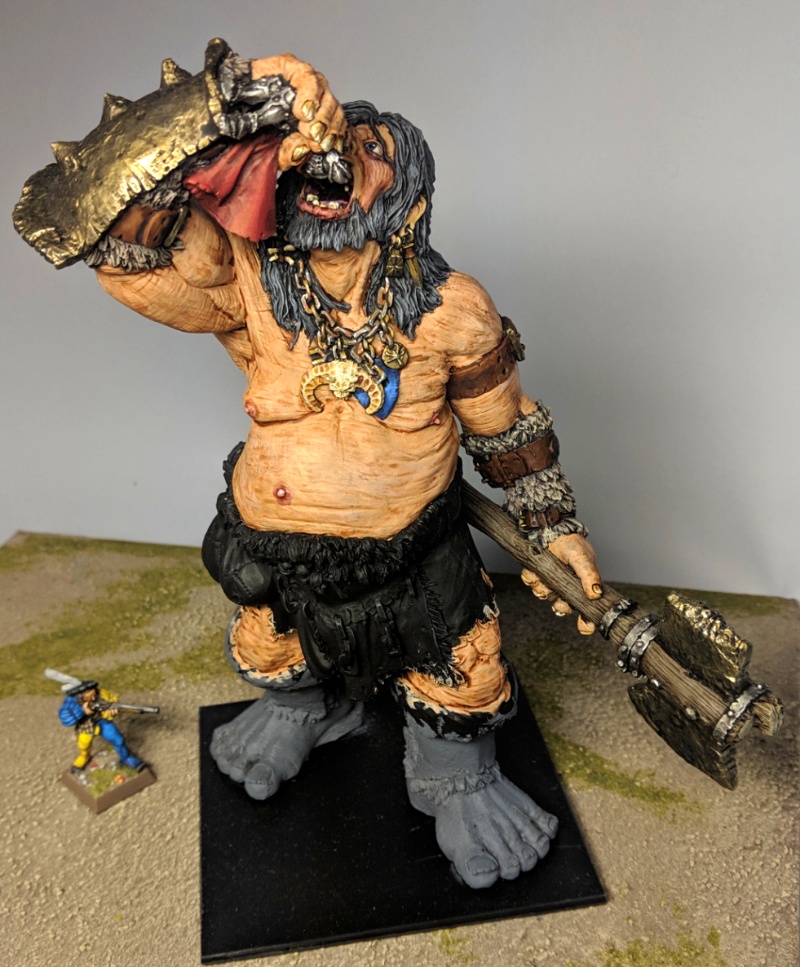 I don't expect that it will take all of April to finish him. So the question currently in my head is what to do with the rest of the time? I have a coupe of ideas:


I've got about a week before April, and obviously the above giant will be on my table while I sort it out.

Posted by ZeroTwentythree at 5:27 PM