Before I embarked on my (rocky) current career, I studied and received a degree in History. It was a gift to and indulgence for myself. Historical wargaming is a bit of an extension of that.

But the story starts long before that. Tonight was a little flashback for me...

If I had to try to name a start for my interest in history, there was a seed planed much earlier than college, and before the dark days of the repressive education of high school. When I was about 10 or 11, just before middle school, we had to do monthly book reports. Most of these were done on little pre-teen novellas or whatever. I don't honestly remember most of mine. But there is one that sticks out far more than the others. 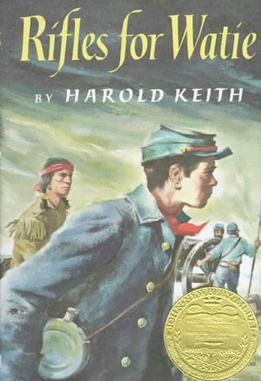 Instead of choosing from the usual shelves of books that were set aside for our age group, I headed off into the general reading shelves of our school library and walked out with Rifles for Waite. In its simplest description (and for as much as I can recall almost 30 year later) it's the story of a 16 year old kid who gets pulled in to the American Civil War, and ends up experiencing life on both sides of the conflict.

Strangely, I stepped away from history after that, barring a minor, temporary obsession for the War of 1812 that comes from living on the shores of Lake Erie, and camping on "The Islands." We used to visit local sites like Perry's Monument, and Fort Niagra -- neither of which, in hindsight, are really that impressive.

While I was studying History at my hippy liberal arts university, I took quite a few film classes to fulfill some of my elective requirements. One of the most influential films (on me) that we saw was Clint Eastwood's (much more common) "Unforgiven."

Westerns, as I remembered them from childhood, were a shallow, stereotyped genre played on local UHF channels on Sunday afternoons. It was trash cinema and boring television serials. Unforgiven changed that, and I quickly ate up Sergio Leone and Clint Eastwood films. Tonight I watched (again) "The Outlaw Jose Wales" on AMC.

At any rate, back from the babbling, Lone Waite, one of the (amusing) characters from Josey Wales reminded me of Stand Waite, the historical character from the book mentioned above, flooding my memories with bits and pieces of the (also) above mentioned book bearing his name.

Bringing this back to wargaming... I've done a bit of ACW gaming, mostly as a participant in others' games. But never really that seriously. I studied a lot of ante bellum history, and have generally been more interested in 18th century and earlier, both in my reading and my wargaming.

However... every once in a while... I get to thinking about ACW again...
Posted by ZeroTwentythree at 12:22 AM