The game that got started in miniatures games:

AD&D Batttlesytem. As I remember (this was a loooon time ago) it was essentially a clumsy adaptation of the already clumsy AD&D mechanics to large scale battles. The box came with a large number of cardboard counters for troops. Our first games were on a friend's basement floor, the borders of the battlefield and all of the terrain being marked out in masking tape on the tile surface.

Eventually we discovered miniatures and terrain building. From there, things evolved. I still occasionally talk to some of those old friends. I'm the only one who still plays with toy soldiers.

The reason I was thinking about my start in the hobby with Battlesystem is recent discussions around the internets on the visual aspect of the game. The thing I don't understand is paying boatloads of money for figures, then not painting them, or using construction paper terrain. If the visual aspect means that little, why not stick with cardboard counters. They certainly worked as well back then. If I only wanted the game, with no visual "theatrics" that's probably what I would do.


Speaking of board games, we received a wedding gift from one of my fiance's out of town friends. I've never met him, but he's my new hero. We got... 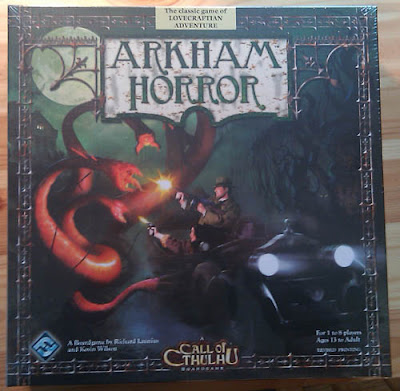 Posted by ZeroTwentythree at 12:37 PM

Email ThisBlogThis!Share to TwitterShare to FacebookShare to Pinterest
Labels: Battlesystem, Board Games