Stuff! In the Mail! And a Game!

We're in the week between the end of my daughter's summer day camp, and the start of school. So we've made assorted arrangements to keep her occupied & supervised. Today was, as she called it "daddy & daughter day" -- I took a day off work to spend with her. Unfortunately, bad weather blew my initial plans (mostly outdoor activities) away. But I did have some indoor backup plans. We went out for most of the day and had fun, then came home around dinner.

She's been asking about the Temple of Elemental Evil boardgame, since I've had the box out. We played Dungeon! again a few weeks ago (with my wife as well) and I described it as "kind of like Dungeon! but with a lot more rules. Recommended age is 14+, my daughter's only 8, but she's really bright. A couple days ago she suggested we could play it today, and my wife told me she was talking about it last night & this morning, so who am I to disagree! 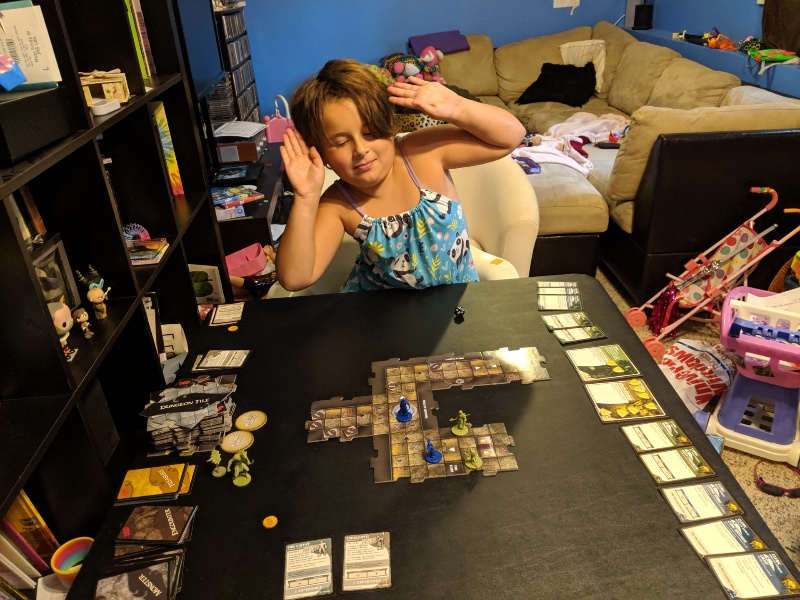 We played the first scenario from the campaign. I left out the background about murdered friends and switched the "Massacre Site" tile for the "Oubliette" tile. She played the ranger, I played the cleric. She took to it like a pro -- making me do the dangerous work & act as a tank, while using her archery to pick off all the monsters (and collect all the treasure.)

Her good tactical sense combined with her strong imagination and still being a great age for "pretend play" make me wonder if I should introduce her to some kid-friendly RPG-ing. I follow a few other parents running RPGs with their kids & friends on their blogs & social media. Maybe I should take the dive?

Today I got Stuff! In the Mail! that will supplement several of my ongoing projects. (Thank you Shadespyre!) Half orcs (and one will fit perfectly for a character for which I've been hunting for a figure lately!), high/sea elf, what appears to be a robo-clown (who I'm already generating backstory for) and a witch-hunter. 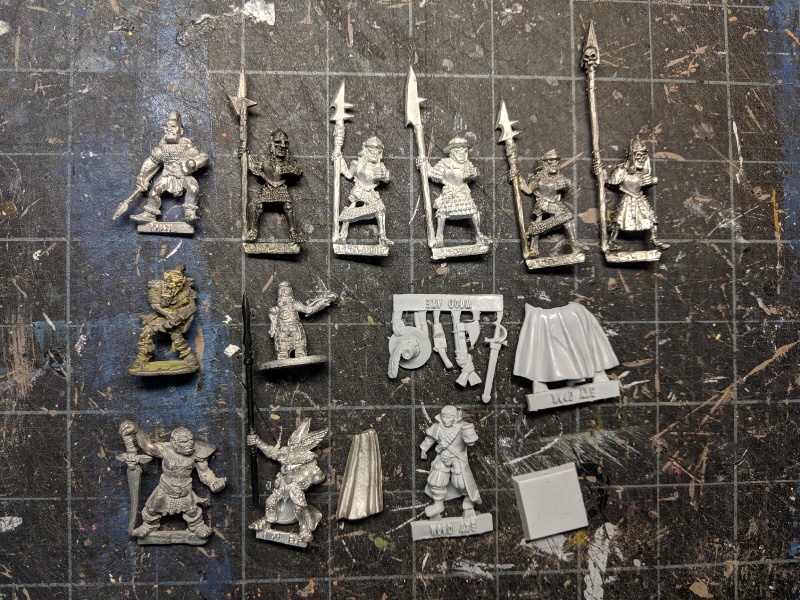 Also more of the old Citadel "armoured skeletons" which I can probably never have enough of. But this is especially good timing since I recently won an absolute bargain on some of the Black Tree knock-offs, who can serve as back rankers. Add in a few other stray skeleton figures, and I think I've now got a solid sized unit for this year's Deadcember tradition! 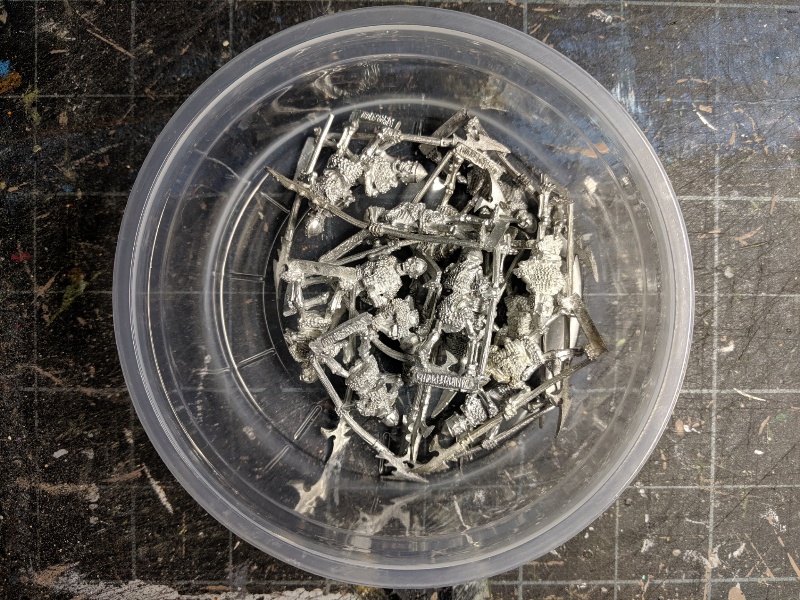