Finished my Orctober (Half-Orctober) goal a week early. 24 Grenadier/Mirliton half-orcs, with an oldschool Ctiadel figure mixed in to round the regiment to 25. 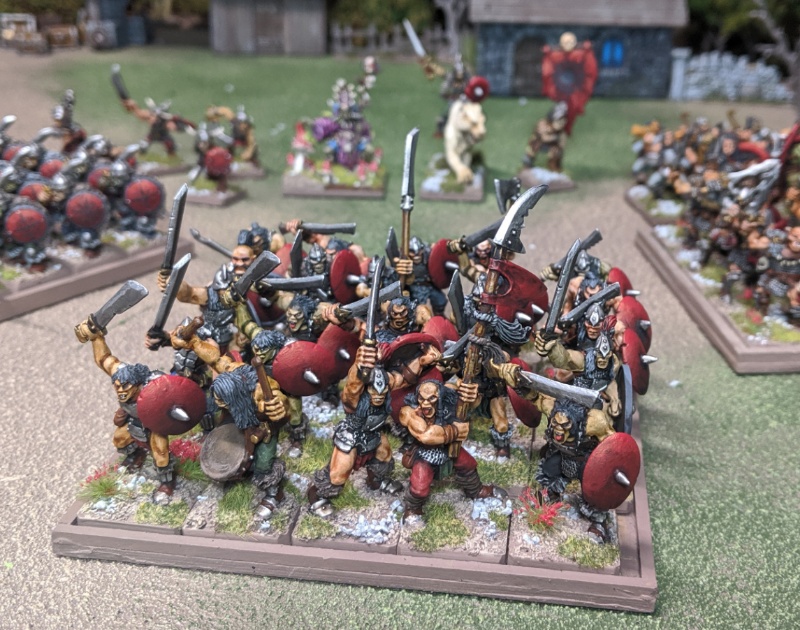 Time for a group photo!

Along with the completion of my Orctober/Half-Orctober '19 goal, that also finishes the half-orc project. At least in terms of figures I already owned & planned (for several years now) to paint & form a small contingent for gaming. (Should I ever get the chance to play games again.) A really enjoyable project! As nice as it is to feel a sense of completion, I'm already thinking 10 more archers would be a good addition. And my eyes will be open for more/new opportunities to add to this. But for now I'm done. 😁