Probably not going to paint much in the next month -- but who knows. But I did get to start prepping some Bones. Some Bones bones, in fact. First was just a dry fit of the two large dragons from the last Reaper Bones KS. They still need to be cleaned and glued. 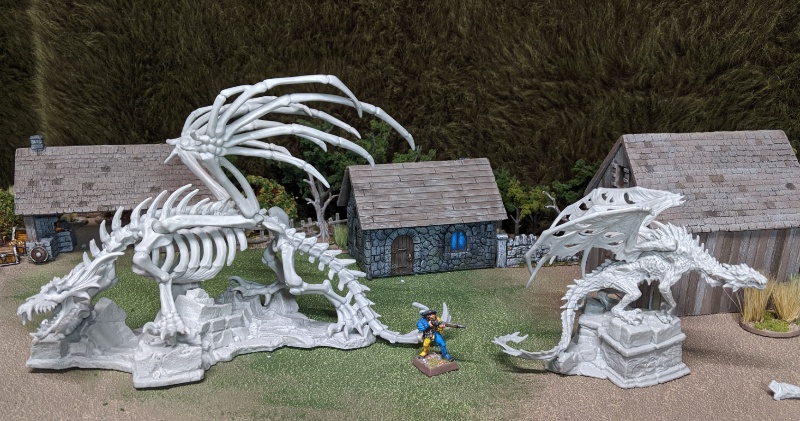 I did actually clean and glue the skeletal beasts set. 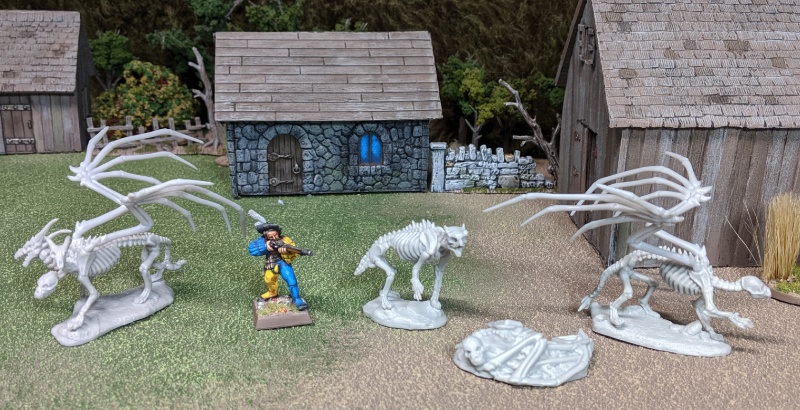 I got the set of 6 wraiths, but haven't started cleaning them yet. I think I'm going to cut off the bendy weapons and replace them with hard plastic. 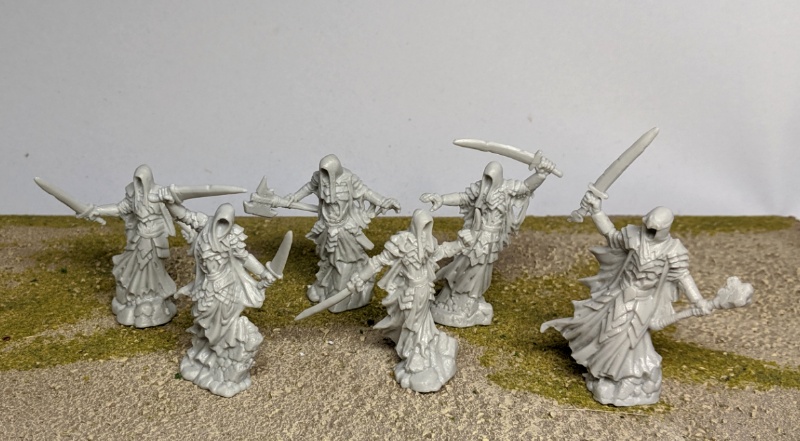 And lastly... after posting the pic of the mycomancer, I got the urge to look on eBay for the Fungal Queen, which was part of a larger set that I didn't want to buy into on the KS. But I did want to get this figure (and maybe one or two others) when it became available individually. This one also happens to be cast in Bones Black, which -- I know now -- is not actually black. 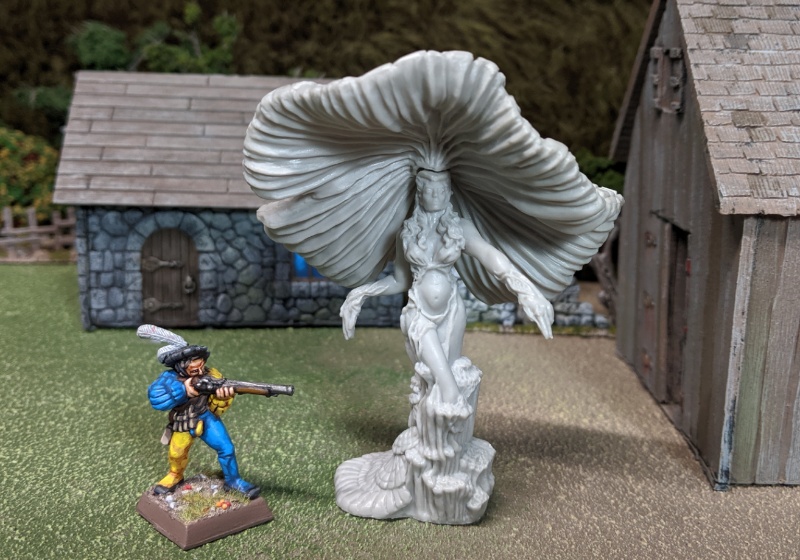 Posted by ZeroTwentythree at 9:52 PM