Today I rearranged a bit in the corner of the basement where I paint and photograph. I moved a really bright suspended LED fixture that I recently installed across the room and swapped it with the one near my photo table. Also put it in a slightly better position. This one is brighter and a warmer color.

I had recently draped a sheet of greenish "teddy bear fur” that I won a few years ago over the storage boxes on the ledge behind the table. But as the weather is getting colder, I'm concerned that we will get mice moving into the basement (as has happened the past few years) and I was worried that I was creating a nice nesting spot for them. So the fur backdrop is now suspended from a bit of PVC pipe that is in turn suspended from a water pipe. On my to do list is making some larger trees for the background (and possible future gaming). 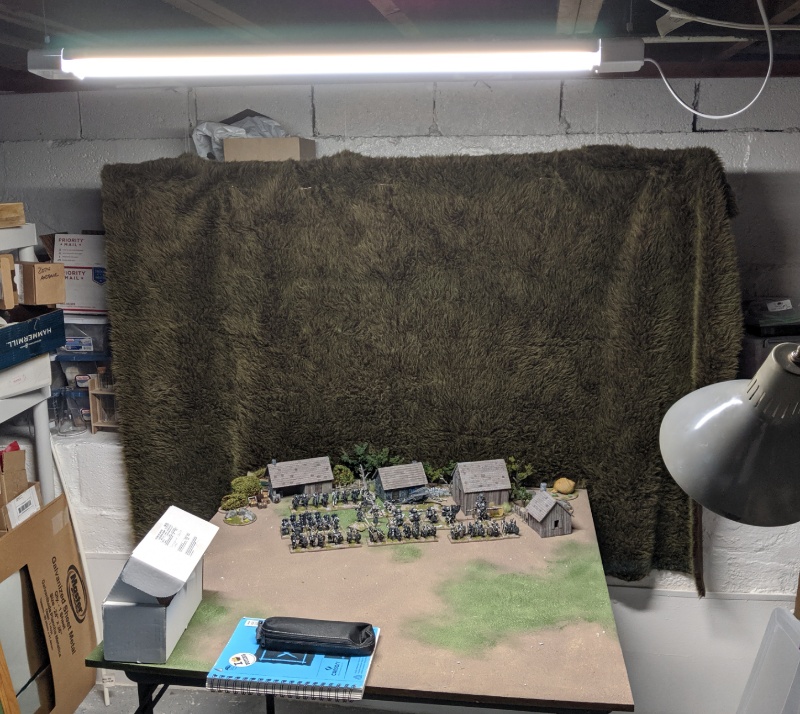 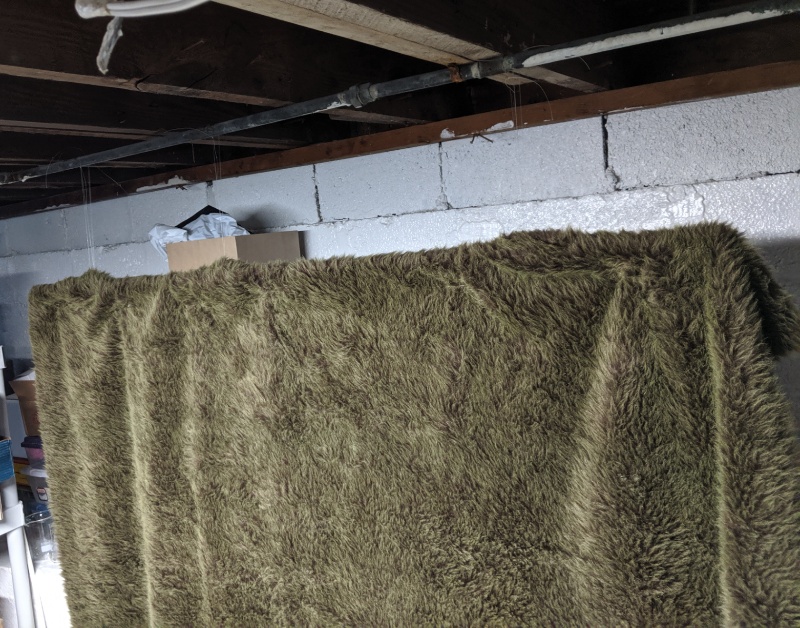 I unpacked the Undeadish (or at least most of what's painted so far) for some test photos to see how the lighting would work. 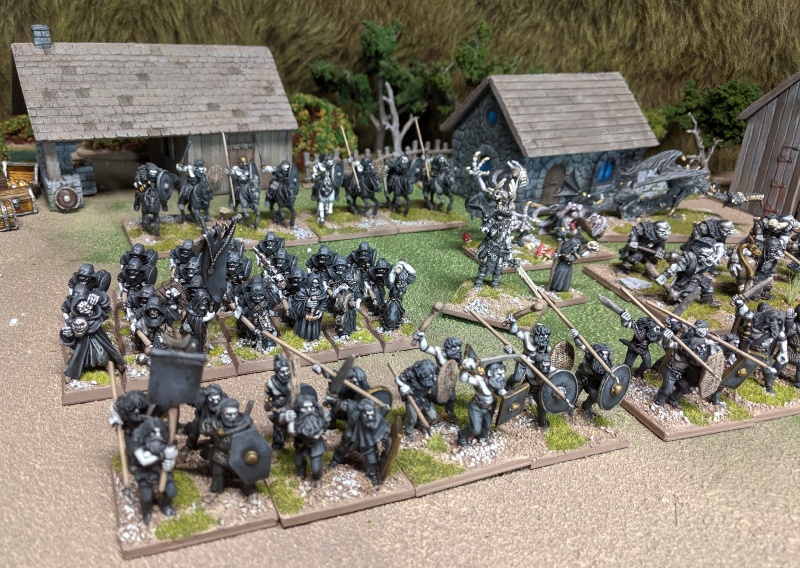 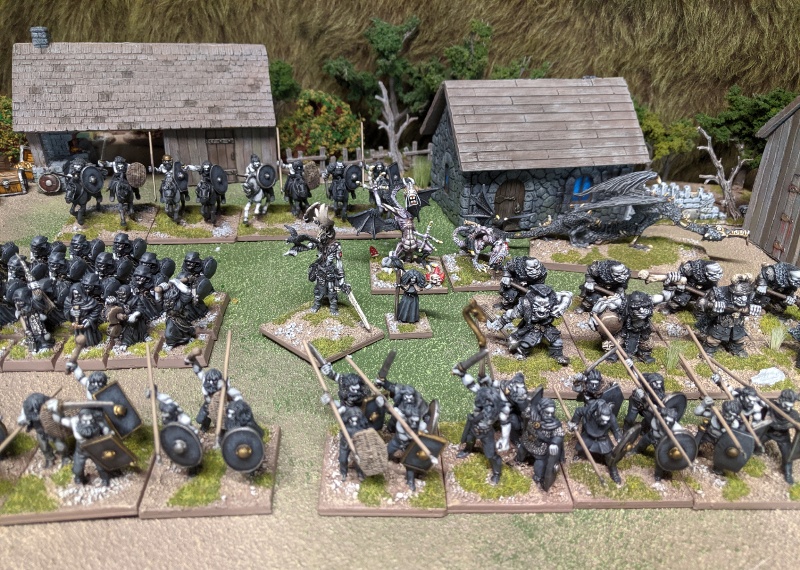 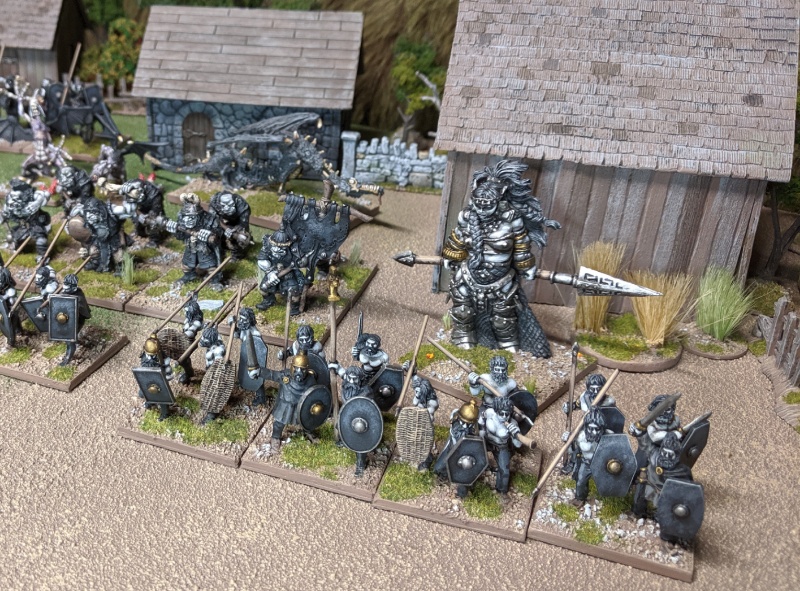 Posted by ZeroTwentythree at 12:51 AM