I have painted five more of the Midlam Miniatures hobgoblins (or hob-orcs/half-orcs for my purposes.) More great sculpts! I've got some duplicates that I will be using for some minor conversions, mostly just simple weapon swaps. 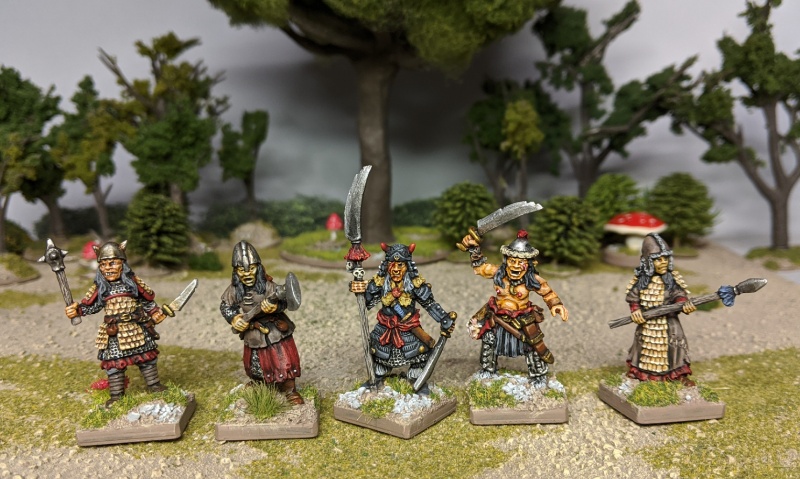 I've been wanting to get back to my Sellswords and Spellslingers solo campaign. But I've recently discovered I've been doing it wrong. I've been using mixing the terms "players" and "PCs" a number of times.

So, for example, the reason the first game was such a bloodbath was that I had far more hordes of orcs than I should have. I've also been handing out too much XP after games. So I've decided to wrap up the current band with a few final games, then start over with a new warband.

My plan is to replay the Badlands scenario -- possibly using the "wrong" number of orcs again. Then possibly play the tower scenario, since I've had this old Battlemasters in my garage we cleaned out my friend Rich's game room over a year ago. (It was mine, & I painted it, but gave it to him at some point. I was handed a box with this and two others to take home...) Finally, I will put them through the Thunder Lizard scenario. Per the scenario instructions, I rummaged through my daughters toys for a suitable adversary. She had a good selection hiding at the bottom of a bin, and I've narrowed it down to these two... :D 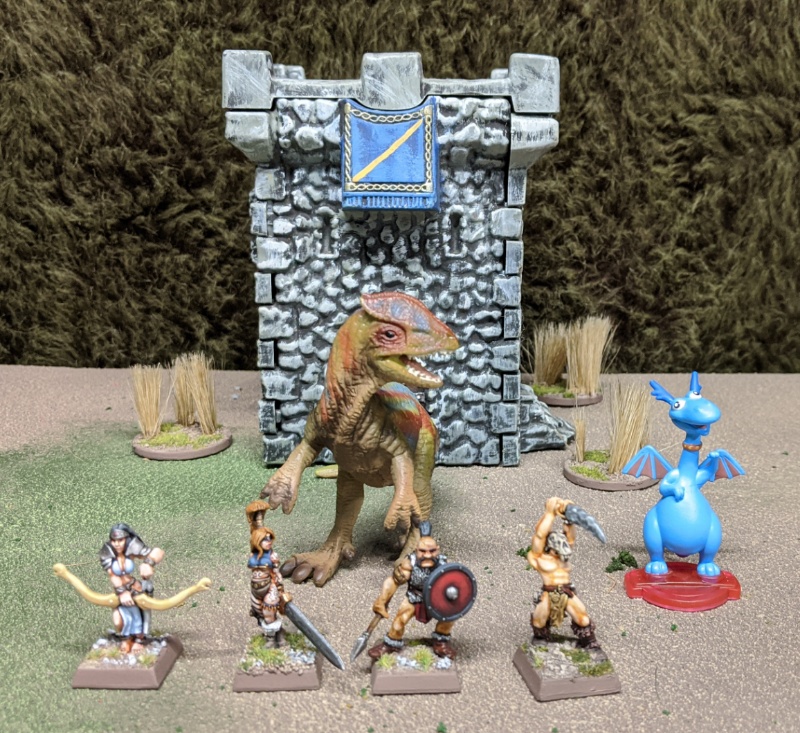 I will also need some lizarmen, which is great motivation to get back to painting the old Tom Meier troglodytes I've been planning to repaint for many long years. I did one test figure, with an unusual color scheme based on an actual lizard. But I'm not sure I like it. The main reason these wonderful figures haven't been repainted all this time is because I can't make up my mind on how to paint them! 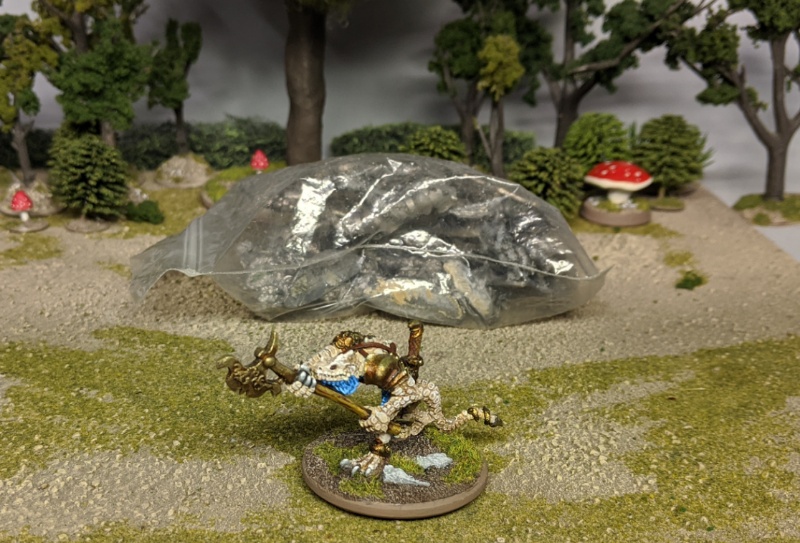 This weekend we've had some beautiful weather, so my family took advantage of is with a back yard cookout and fire. I don't have much of a sweet tooth, but my wife and daughter enjoyed some s'mores! Stress has been getting to me lately. The pandemic isolation had been difficult. Aside from missing friends and family, we're working full time at home, trying to help our daughter manage at-home schooling (can't wait for Summer break!), and what seems like an endless stream of household maintenance issues requiring attention/repair. Enjoying the outdoors/weather has been something good to focus on. 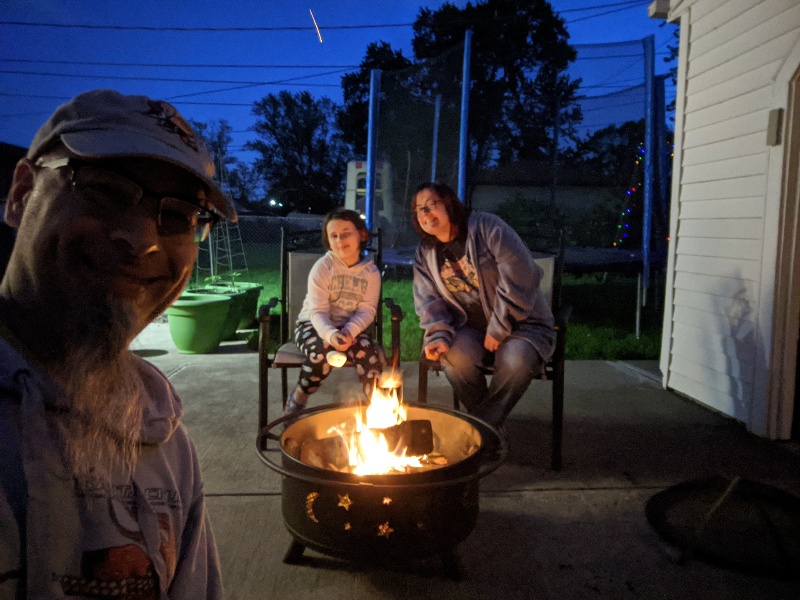 Posted by ZeroTwentythree at 7:40 PM