As mentioned before, part of my plan/concept for the Powrie I recently painted was to use them as pre- or non-RoC, or at least non-aligned, daemons. With that in mind, I'm thinking about what else I could use. I may have been overlooking one option that was literally right in front of my eyes, as I had these old Crucible goblins on my painting desk since I used them in a game of Sellswords recently.

I still have about sixteen more unpainted. They've got a nicely alien and villainous look to them. I'd prefer not repainting this batch that is already done, but I wouldn't mind painting the green skin with some other color to avoid the goblin connection. Maybe red, like the Powrie/Rage Smurfs? Maybe stark black or stark white? Dark blue? They might even look extra-creepy in caucasian-ish skin tone.

I think I'd like to repaint the feathers as well.

Opinions? On color? Or whether they even look suitably daemonic? Also interested in other recommendations for generic daemons. 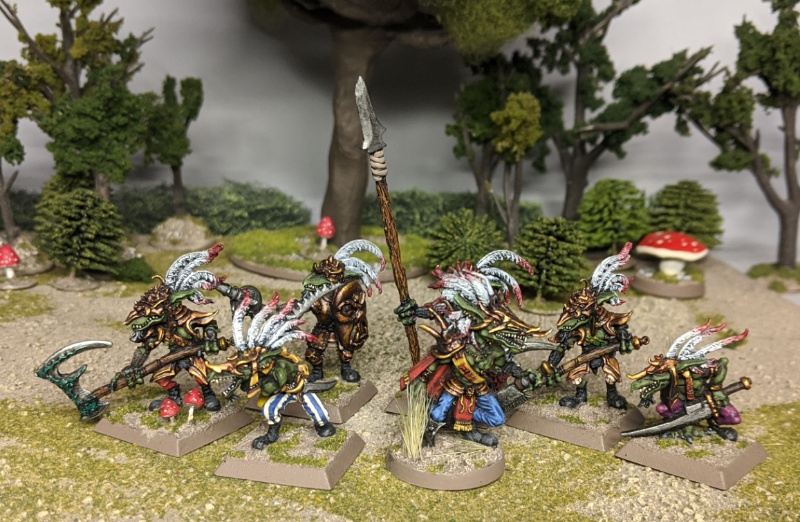 Received this vinyl figure from 100% Soft (via My Plastic Heart in NYC) in the mail today. I've been trying to get one for over a year. The original resins were damn near impossible to get, then I pre-ordered this near the beginning of the year and have been patiently waiting. Originally I felt it was like an unofficial mascot for my team at work. But now that it's arrived, it seems more like the Spirit of 2020. 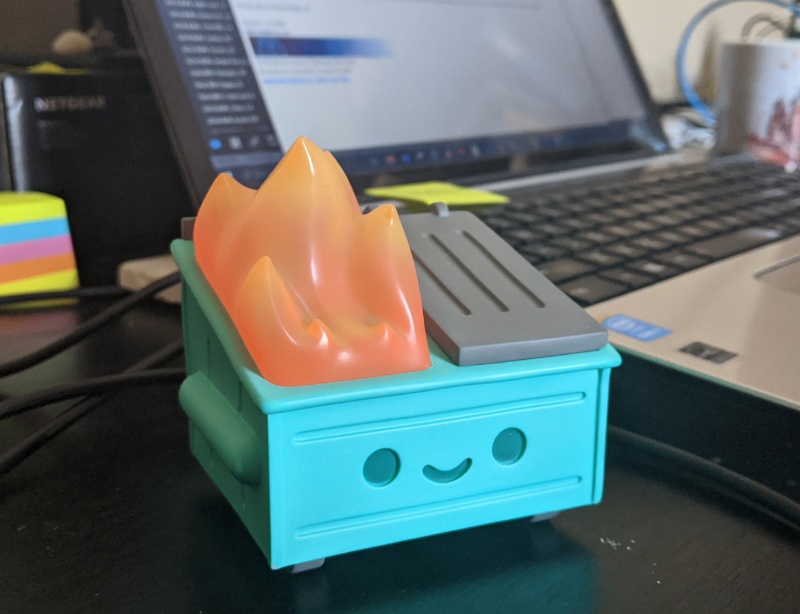 Posted by ZeroTwentythree at 12:56 AM