Two former security bots recruited (/liberated from their corporate jobs) into the Meat Hating Robot Pirates. Not sure who made these figures, I got them second hand quite a while ago. Still working on an actual ship & crew name... 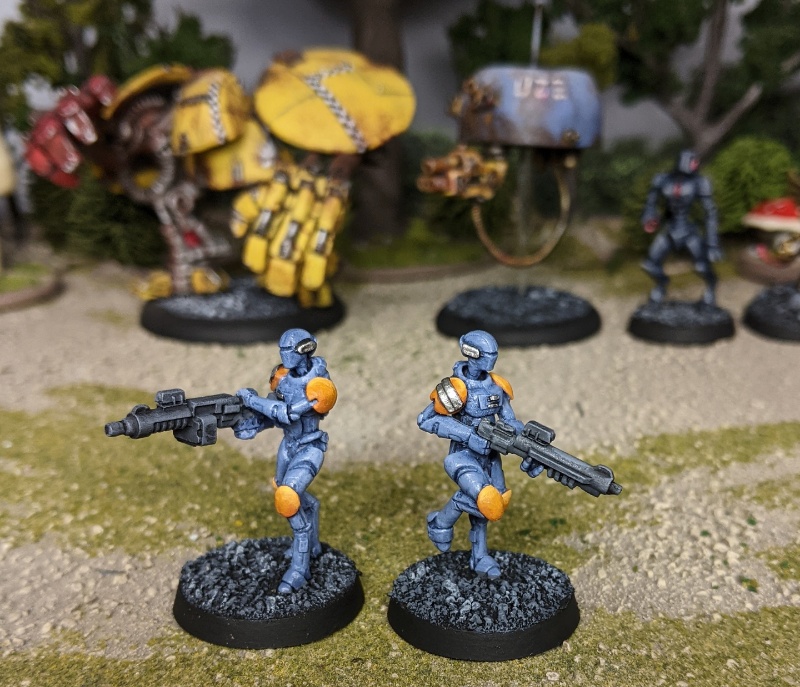 Works in progress. Almost done with the next two bots. The cruciform "face" on the harvester bot was silver at first, but I think the black works better. These two are from Effin Cool Miniatures' Metamorphosis Alpha range.


As I paint each of the Meat Hating Robot Pirates I'm mentally working out their backstories. I'll eventually post words & pics for the whole crew on here. These two are early members of the crew and rebelled against & escaped from the rogue trader they served. I like the idea of them as a team. There's a third figure from the pack who may join them (below.) 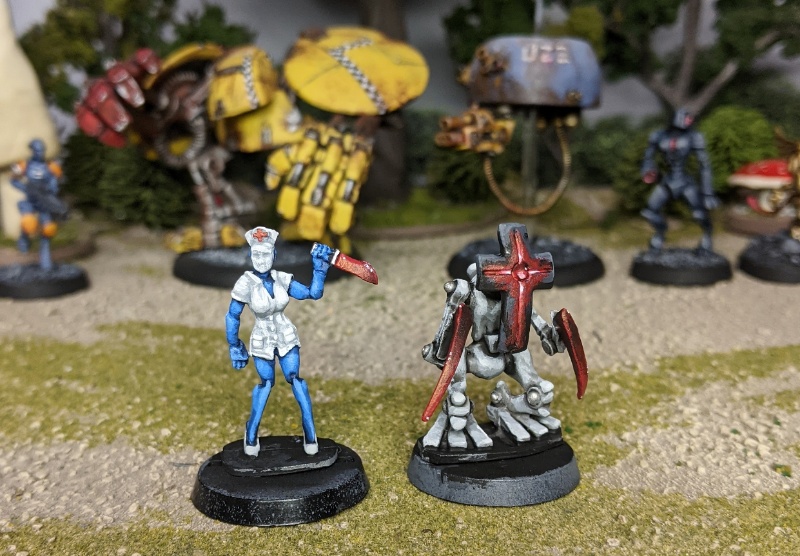 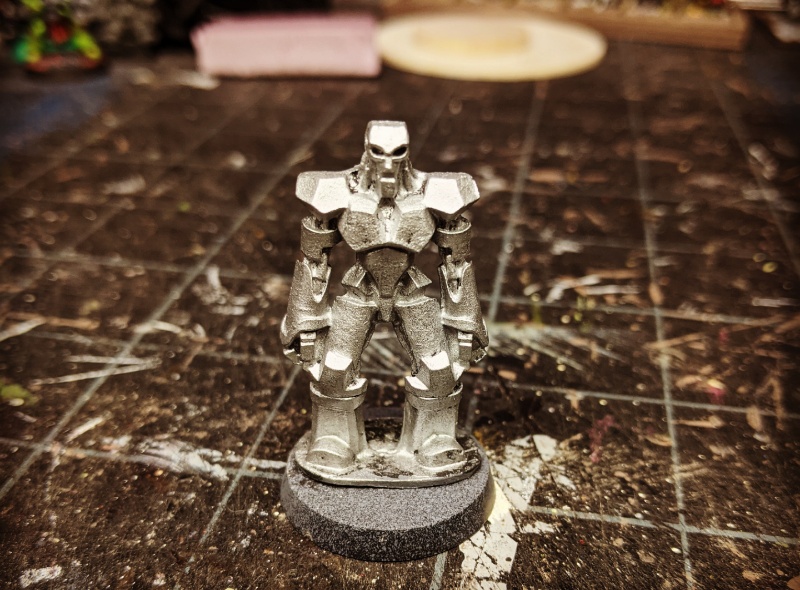