I was trying to do seven things at one while posting the last update. I forgot a few pics.
I painted a big bird for a friend. It only took me a couple of years. 😕 But it turned out pretty well after a having to repaint a bunch of the wing feathers when they turned out more tropical that frosty. I magnetized the rider and the alternate neck feathers that take his place. 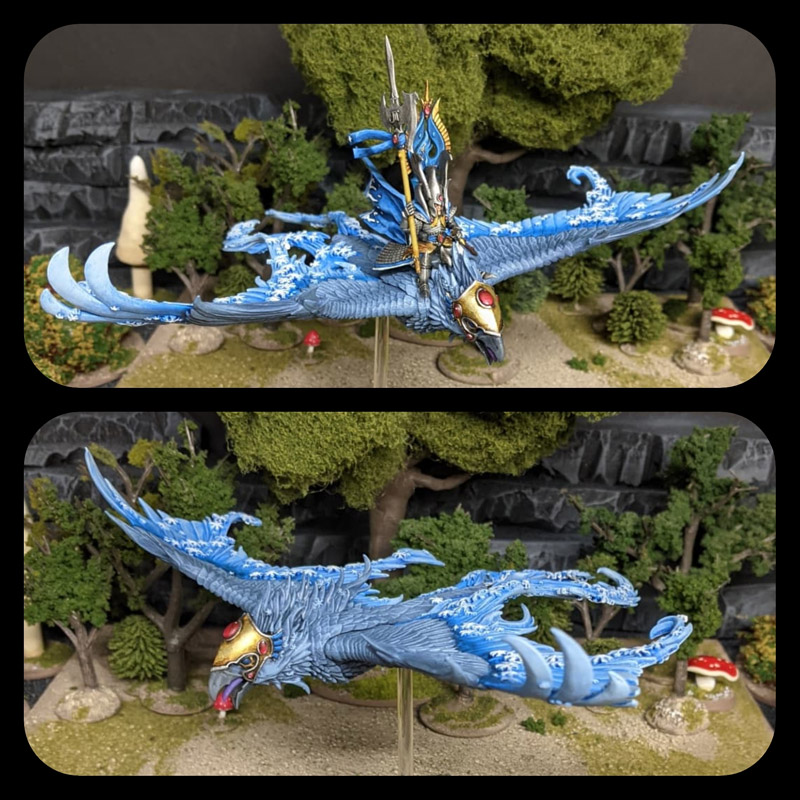 After discovering some more forgotten Spaven tucked away in a box (pic added to the Five Parsecs page now) I took a quick glamour shot before packing various subjects away for various destinations.
Dr. Squidclops vs. The Spaven 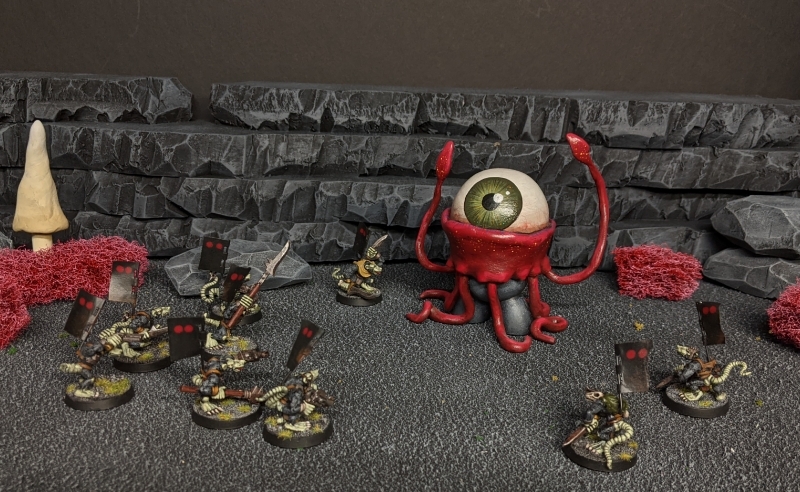 Also, our Christmas decorations got into the spirit of my OWAC5 project. Well, and my fondness for the undead in general. 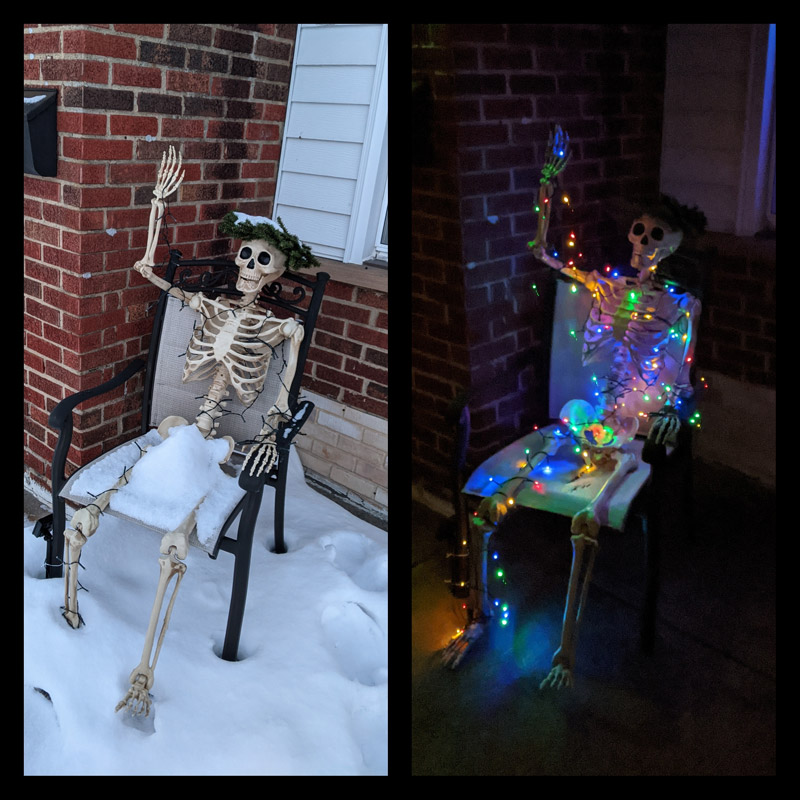 That's part 2 of my January update. Probably a part 3 following in a week, with the OWAC5 update and maybe a bit more.
Posted by ZeroTwentythree at 12:57 AM