I've got a little bit of painting done. Not much, but I feel accomplished.

I've added two more pistoliers to the five I already had in my Marienburg army. The five get shot up so quickly, I thought I'd try more. Not sure if it's worth it, but I'll give it a few games. 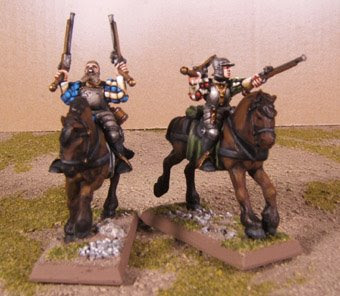 More importantly, I finished those pikemen I've been working on for ages. Well, almost finished. I still want to hand-paint a standard. In the mean time, I can continue sliding on a temporary (and fairly nice!) printed banner. 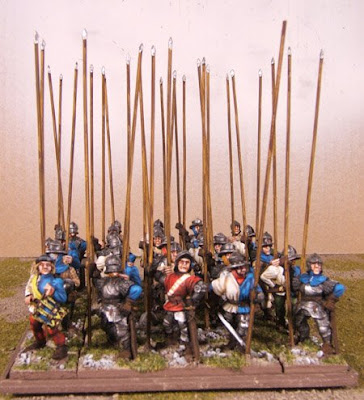 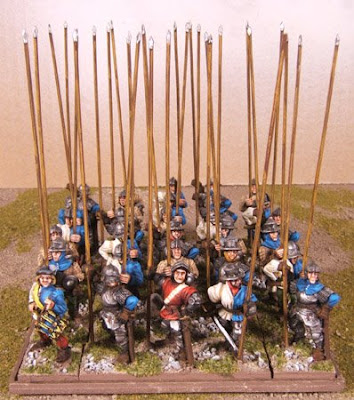 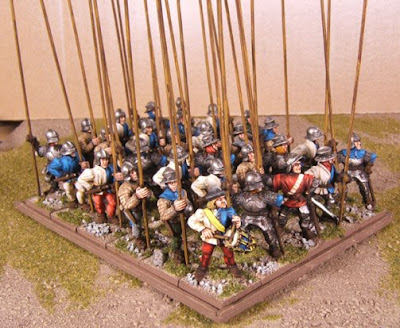 I have decided to paint up some more archers for the next Burgundian project. I've only used a single unit of handgun skirmishers so far and I've got a mixed opinion. I think some longbow skirmishers might be a good idea.

Posted by ZeroTwentythree at 8:56 AM