I finally played my first game of WAB2.0 today. My Romans solidly beat a FotW Warlord army. Maybe it's the backdrop of the drastic (and more familiar to me at the momen) change between WFB7 & WFB8, but WAB2.0 doesn't seem much different (nor play much differently) than it used to.

After the game, my opponent spoke of doing an all skirmish army, to which I set up my reply: 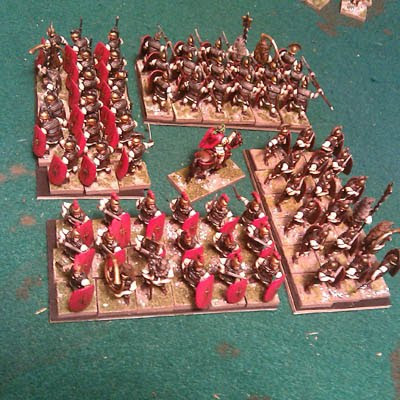 This weekend I also tentatively dipped my toes back into the world of RPGs after 20 years away. The rest of the group are a mix of returning old-time RPG players and totally new players. Half the group got together for character creation. I will be playing a slightly dishonest hobbit drug dealer named (for now, unless I can think of something better in the next week or two) Nob Scrobbelton. :) 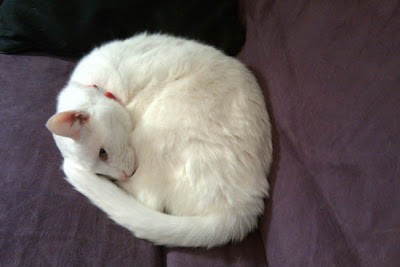 I continue to paint. Finished some commission elves last week: 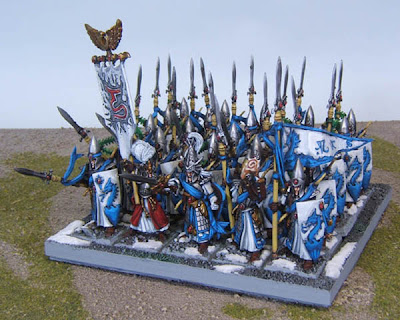 Except for the army standard bearer (red & white) the figures are plastics from the latest WFB boxed game. I was quite impressed with the quality of the figures. I'll be painting some of the new swordmasters next, and they look quite nice as well.

Posted by ZeroTwentythree at 1:09 PM