I finally finished the Old Glory landsknecht pikemen I've had. Again, I sort of "speed painted" them. While they're not as crisp as Artizan or Foundry, they are very nice figures. In fact, I'd say some of the best Old Glory figures I've painted. The castings were very clean as well, and required minimal cleanup.

My photography, sadly, is not as clean or nice. But here are a pair of photos of the group. 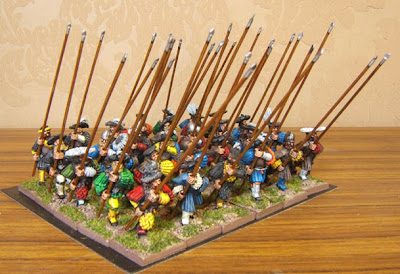 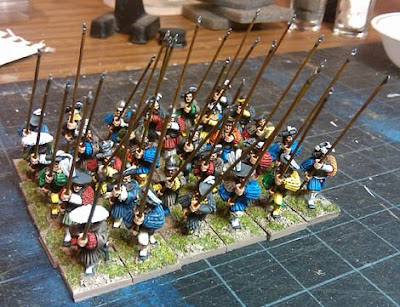 I still need to add a banner (or two) and find a suitable leader and musician. Foundry and Artizan look too bulky to mix in to the unit, and the few TAG figures I've got are too small & lean. Anyone have a spare Old Glory leader (or halberdier) and musician?

These figures will also be seeing use in WFB, as I will be starting to use the fan written Dogs of War book. They'll possibly see battle in the my Empire army, as spearmen, too. Both Empire and DoW are going to be "Marienburg" armies, just with different rules.


I've also broken my own stoodio rule (lasted all of a month and a half at the new place) and allowed my latest art critic / assistant in. Milo likes to sit on my lap and point at where I should paint while I'm working figures. When I'm at the easel he just headbutts and paws at my shins while trying to engaging me in conversation. 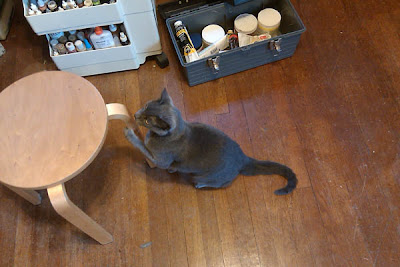 Posted by ZeroTwentythree at 10:03 PM