I've finished assembling the Eduard Fokker DR.1 for a friend. From a distance it doesn't look so different from the Airfix DR.1. But the quality of the kit is far better, both in terms of detail and assembly. The only snag was that one of the struts was broken on the sprue. I believe I managed to repair it, though. 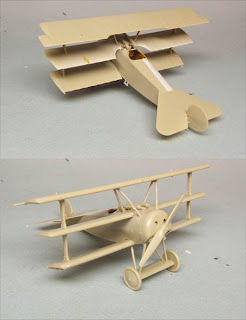 I have also started assembling a Revell Sopwith Triplane for myself. It's wretched.Worse than the Airfix models (so far) to a similar degree that the Eduard model is better. I have a couple more Revell waiting to be built -- I hope they're not all like this.


I'm also working on a little something different again. I call him OEGR, he's just over 3" to the top of the head. That's a single eyeball, by the way. Not a nose. Primed tonight, painting soon. 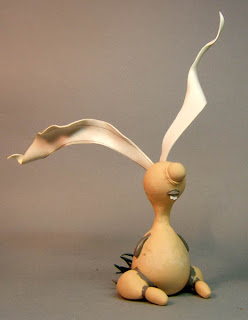 Posted by ZeroTwentythree at 1:09 AM