I'm a bit behind, since I haven't finished my Buckeye reports. I will get to those, but wanted to start posting a few things from Historicon this past weekend.

This year I returned to playing in the Warhammer Ancient Battles (WAB) tournament after quite a few years away. I entered the medieval division, which covers the Age of Chivalry and Vlad the Impaler suppliments (basically late medieval Europe, including the Ottoman Empire). I was rushing to finish my Burgundian Ordonnance army, and came close, but sadly (and embarassingly) had to field a half painted unit of pikemen. But I got the rest done.

A photo looking down a row of the medieval division tables. I think we accounted for 12 of the 50 +/- players in the WAB tournament: 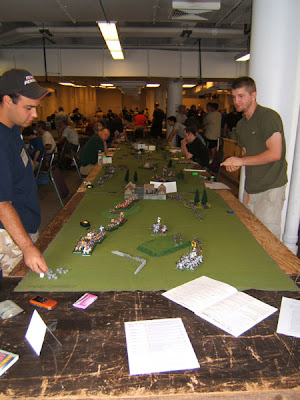 One of the medieval games. Looks like Italians vs. Teutonic Order: 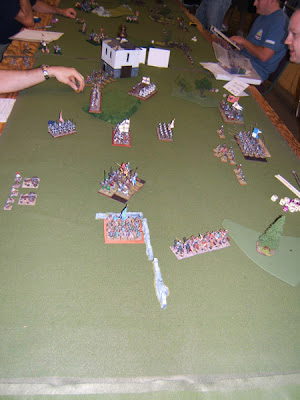 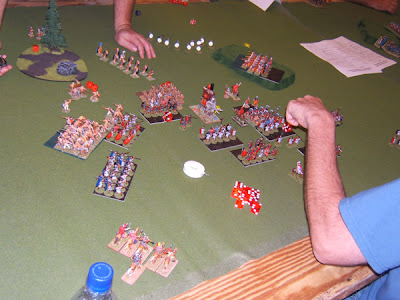 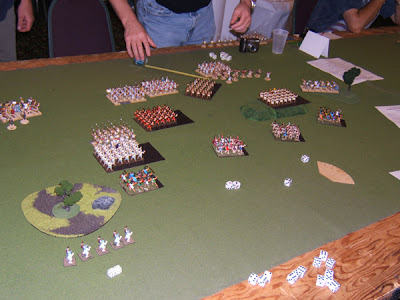 At this point I give up. Anything that involves chariots goes a bit too far back for me. Bah, cavemen. ;) 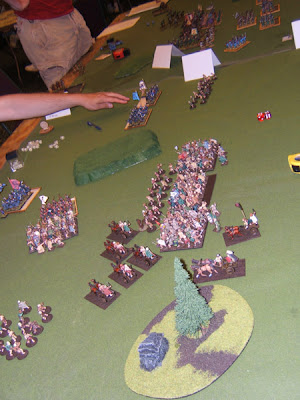 Posted by ZeroTwentythree at 11:22 AM