I previously mentioned thinking about adding a couple of larger figures to the half-orcs. I like the idea of variety in the unit. (And I'm still considering what to do about smaller figures to mix in.) So here's the two Reaper orcs used as half-orcs... 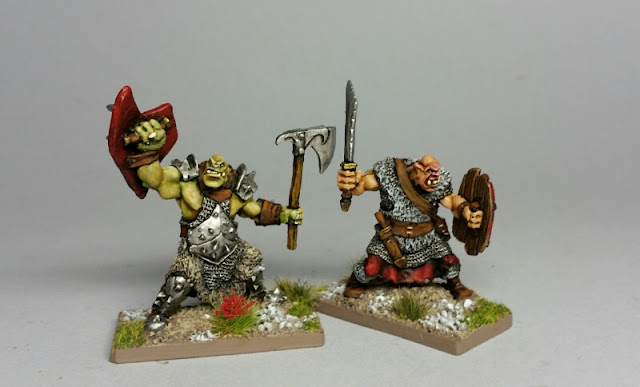 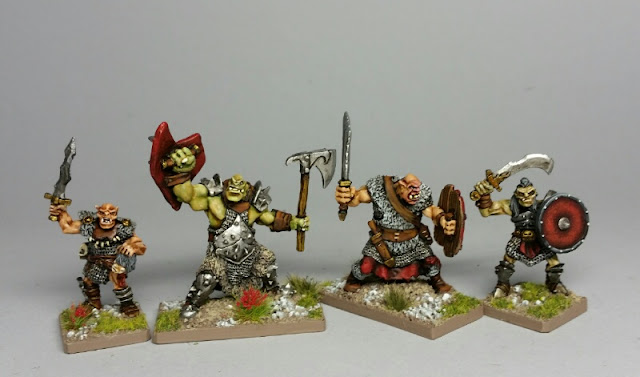 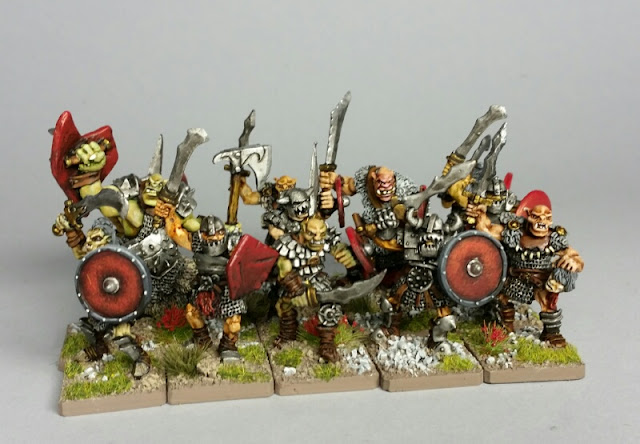 Now I will continue with the rest of the Black Tree (half) orcs to wrap up the unit... for now.

Painting these has got my mind wandering about my Zogmar ideas. They will work well as mercenaries for Marienburg, and allies for the Fomorians, but I'm also thinking back to the half-baked* idea of a misfit warlord assembling an army of equally misfit troops. I think some half-orcs are perfect for that.


*Or half-written. I've got a great deal of a game/campaign setting in my head, I just need to keep writing it down and get it into some sort of presentable form. My plans are still to create a complete oldschool campaign book. Probably a static web site as well. I am still dying to actually play some games. Thinking about playing some RPG campaigns too. So frustrating when I'm stuck trying to spontaneously squeak out 10-30 minute allotments of painting time at odd hours of the day!