I abandoned the battle I had set up as I still needed to resolve how some of the solo aspects of the game would be resolved. Instead I have returned to Sellswords & Spellslingers, since I've enjoyed it and have been wondering what The Low Rollers have been up to. Set up a new game, maybe play a bit tonight...


Our Heroes. The Low Rollers. 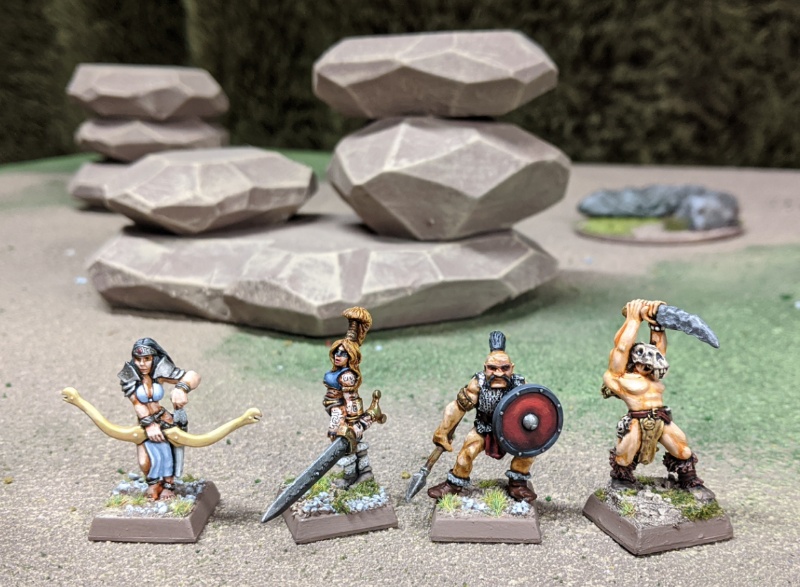 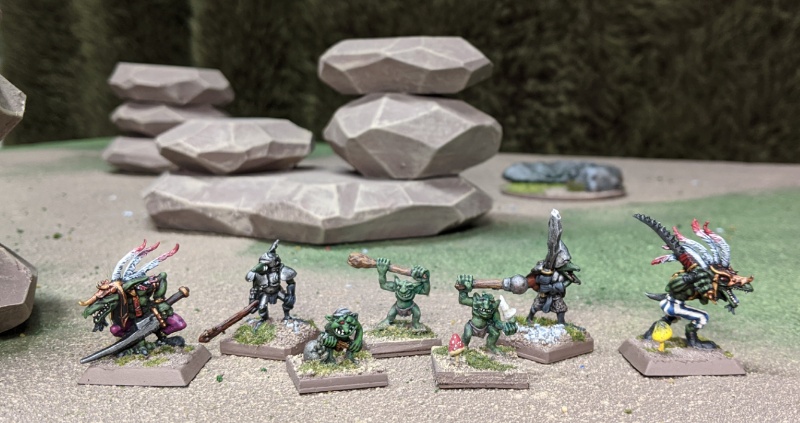 The heroes have been employed by the residents of a rural village to root out some goblins from the Broken Lands to the west. They have made great use of stealth and have managed to approach very close before being detected... The two "Great Goblins" on larger bases are proxies for Orc Brutes. 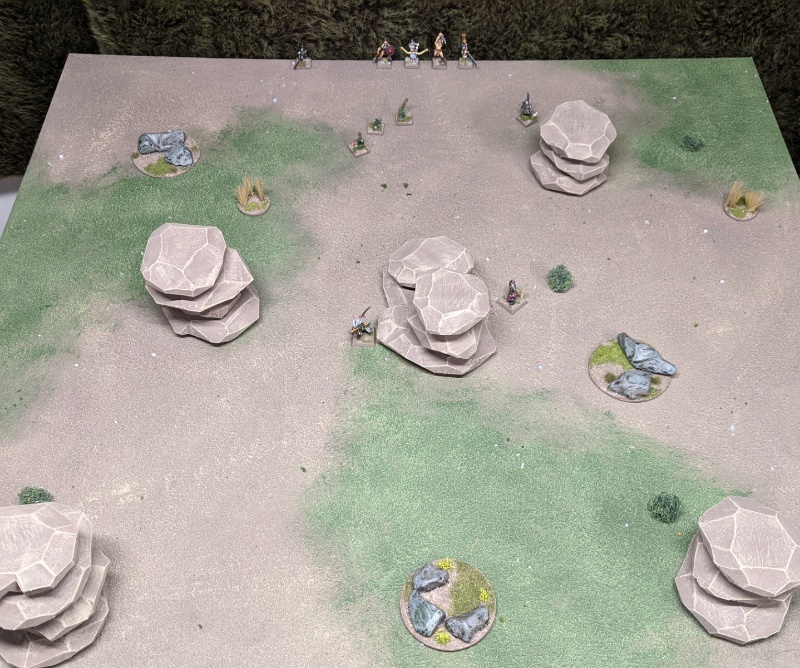 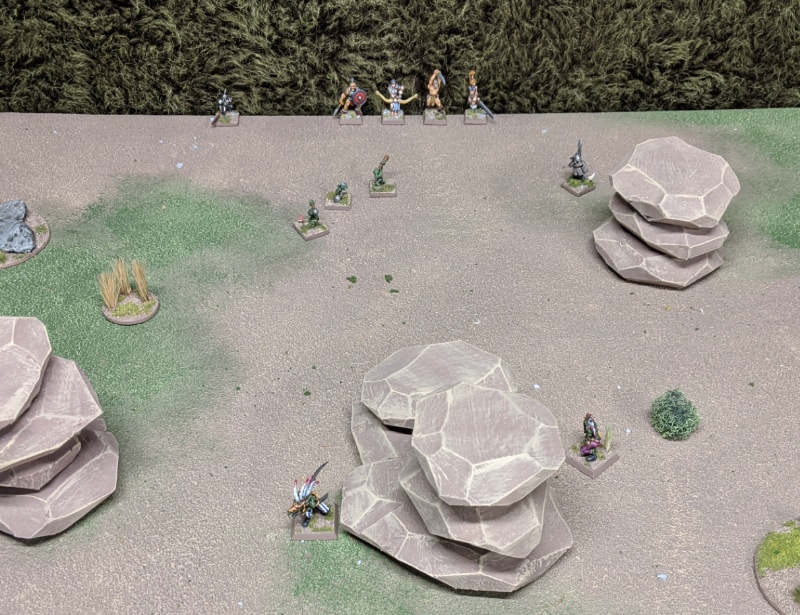 The Low Rollers were counter-ambushed by far more goblins than they had expected, but 3/4 of the team took them down pretty quickly. Stabby the Shaman spent most of the game on the ground, unable to stand up or do much of anything. Supernatural assistance stepped up in his place, however, as a mysterious spirit killed one of the greater goblins in the distance before disappearing again 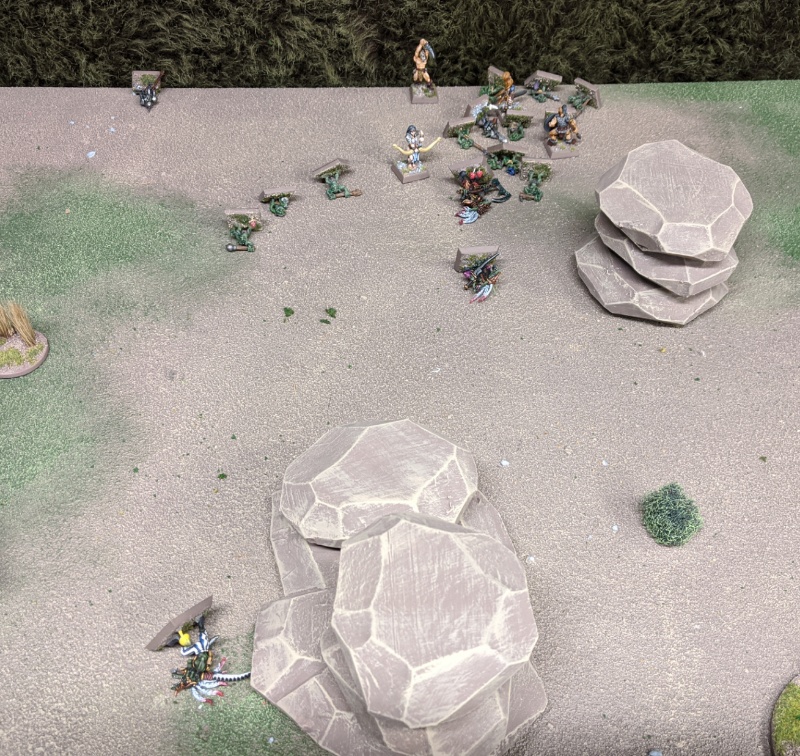 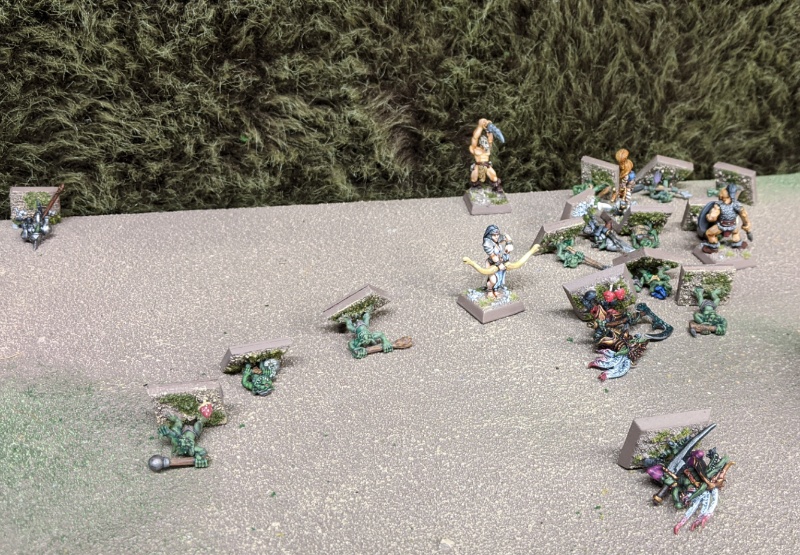 Also, I painted an old Plague Elemental from Citadel. There were 7 elementals in the range, the usual 4, plus Life, Death, and Plague. This is the last one I had unpainted. It had been painted many years ago, then stripped more recently but never got around to the repaint. A fitting time to paint him/it, I think... 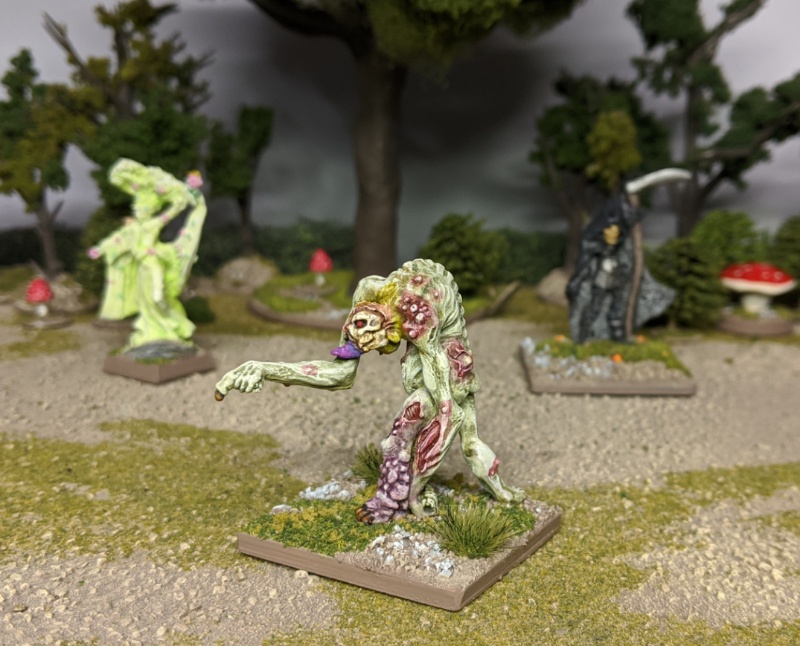 Posted by ZeroTwentythree at 10:33 PM