Usually I just post to a link at the Old World Army Challenge. And I still recommend a visit there for all the great entries for the month. But since this months entry had a bit of personal stuff as the world goes crazy... I'll copy the whole thing below.

Still, go to the Old World Army Challenge. Really great stuff there. Lots of Skaven. Filthy disease carrying vermin. Lots of wood elves, defenders of everything that's good and right with the world. And some humans and orcs and stuff too. But especially Skaven and elves this year. ;)

For March's goal, I planned to paint 10 wardancers with double handed weapons. But I found an extra, so it's 11.

In keeping with the grimmer & darker ;) theme for the wood elves, I wanted to do something to make them look more like acrobatic huntsmen/huntswomen than prancing treehuggers. So I took inspiration from the Conan film and Kevin Dallimore's use of the same look on the Harii (Ancient German tribe) he painted years ago. Thus... 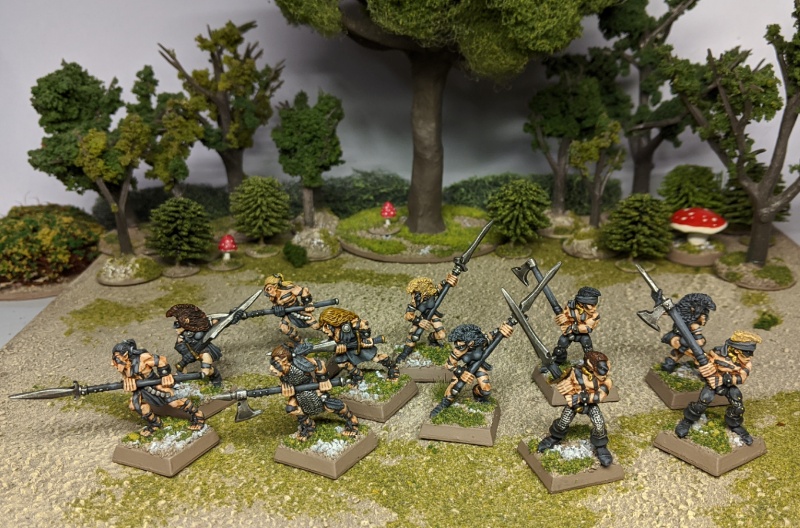 Not my best work, but I'm pleased with how they turned out!


I've got to admit, this month was hard. I think it's a combination of a lot of things. I just wasn't "feeling it" in terms of sitting down and painting. I had a few days where I just sat down, stared at things for a bit, and then got up. Work stress, worldwide pandemic and all that brings with it, personal health concerns, storms last night knocking out the power and inches away from flooding the basement where my painting table and minis are located!

I feel like I'm fighting to keep my self together some days. Painting has been hard, but I've taken time for some other positive outlets. Fired up the grill for the first time this year. Finally played another one of the solo games I've been planning (Sellswords & Spellslingers - 4 games, in fact) with my Oldhammer figures. Sot it's not all doom and gloom and the apocalypse. 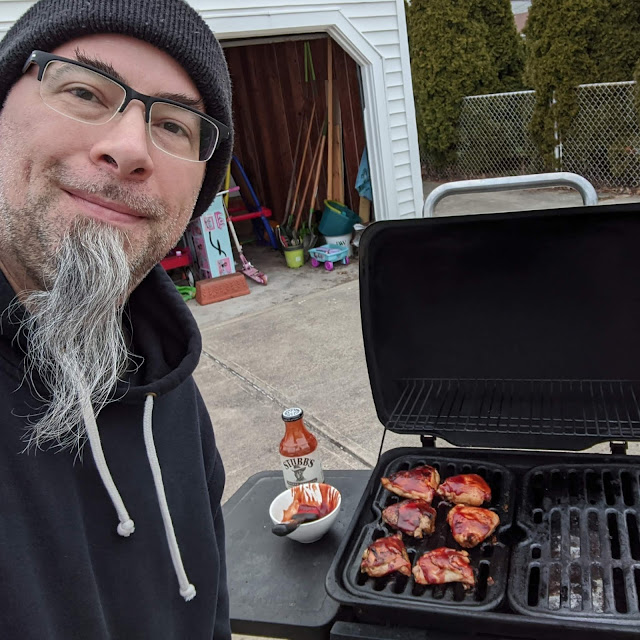 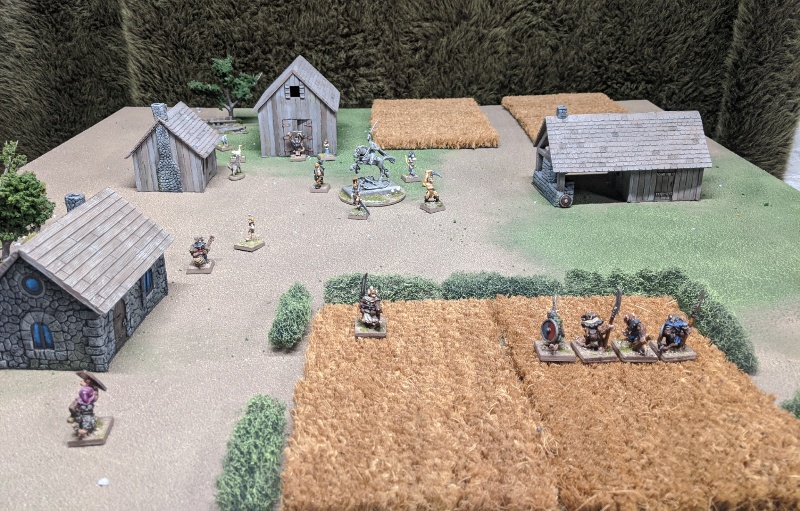 Looking to next month, I'm not sure what's going on. I'd like to keep working on the OWAC. But April is traditionally my own personal giant painting challenge month ("Big April.") Last year I took my mulligan in April to paint giants. This year I was thinking of combining Big April and OWAC in a sense -- paint an ent. They're giant sized creatures, right? Plus I may still be able to work on one or more giants as well.

Or maybe next month the seas will turn to blood, the alien invasion will begin, or... I have no idea anymore. So I'm going to take it day by day. But there's a strong possibility of ent.

Posted by ZeroTwentythree at 11:34 PM