My last game saw me near the bottom of the rankings for our division. My opponent was someone I recognized from my earlier years on the Historicon/Cold Wars tournaments, but had never played. Another good match-up, and another great looking army 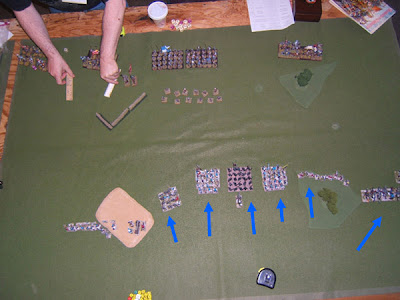 Deployment ended up determining quite a bit of the game. We both played out 2000 point armies. From left to right in the photo he had knights (casa?), stradiots, two big pike units screened with skirmishers, and more knights.

In the first photo, I've already moved up and taken out the stradiots with missile fire. 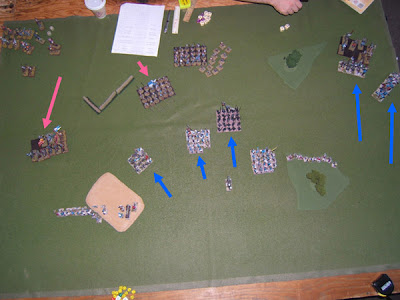 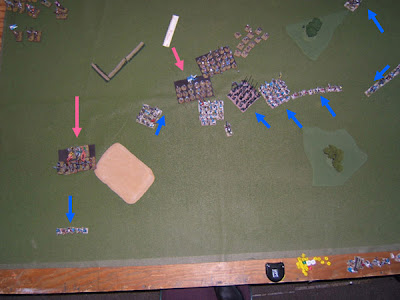 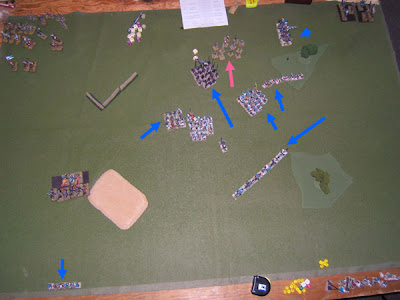 The battlefield rotated counter-clockwise, as each of our main knight units broke through each others weaker flank. In the center, I ended up winning out mainly (in my opinion) because I had a numeric advantage that allowed me to swing in on the flanks. If his knights had turned in to the center and hit my dismountedgendarmes, it might have turned out differently. In fact, I originally had them facing left expecting just that.


So in the end my return to the NEWS/Lancaster WAB tournaments resulted in a 1-1-1 record and three enjoyable games. I was glad to see some enthusiasm and beautiful armies for the medeival division, and can't wait for next year. If I can pull it off, I may even try to make it to Cold Wars.

Posted by ZeroTwentythree at 8:50 PM