I don't have my camera with me, so these are just crappy phone pics... 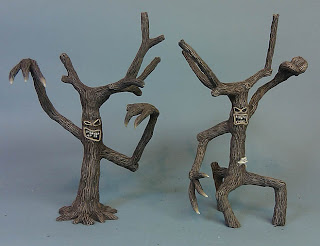 I almost forgot to put another figure in for scale. Sadly I didn't have the same handgunner as in the rest of the photos. But here's  a slightly blurry pic with a converted pikeman. 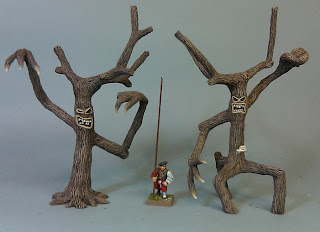 I'm wondering if I should leave them as-is, or try putting some foliage on them. Opinions?


Also... anyone else having problems with blogger's new post editor? It's buggy as all hell, at least in Firefox. Moving text and photos around is nearly impossible. It actually makes laying out posts MORE difficult. I swear they are TRYING to drive people away.
Posted by ZeroTwentythree at 12:33 AM