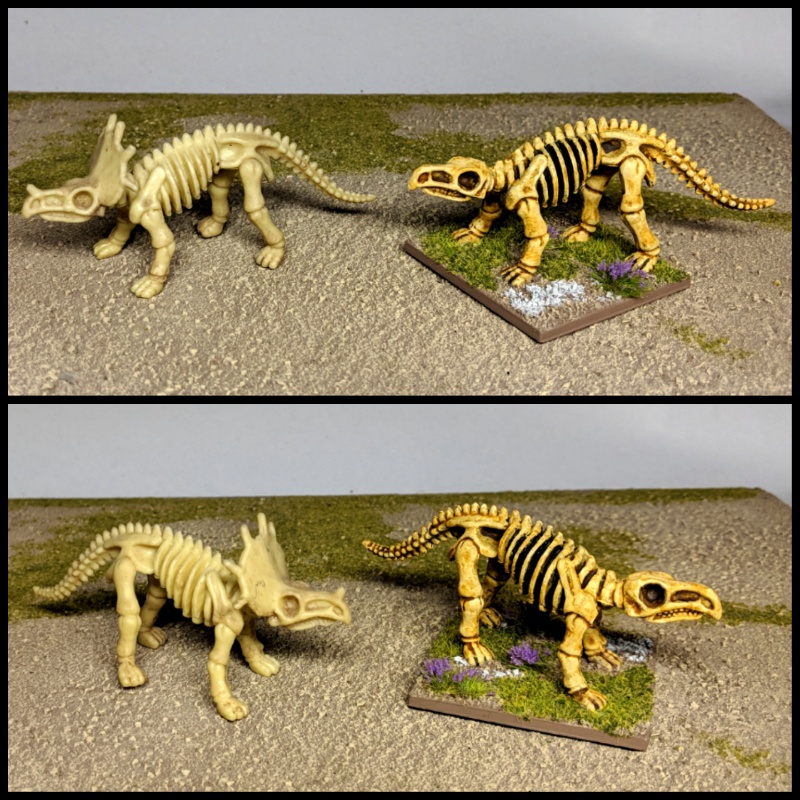 Got a couple of skeletal triceratops toys in a package from Shadespyre a while ago. With a little work I think it turned out OK. The post-surgery beak-like skull, size and stance made me think owlbear. 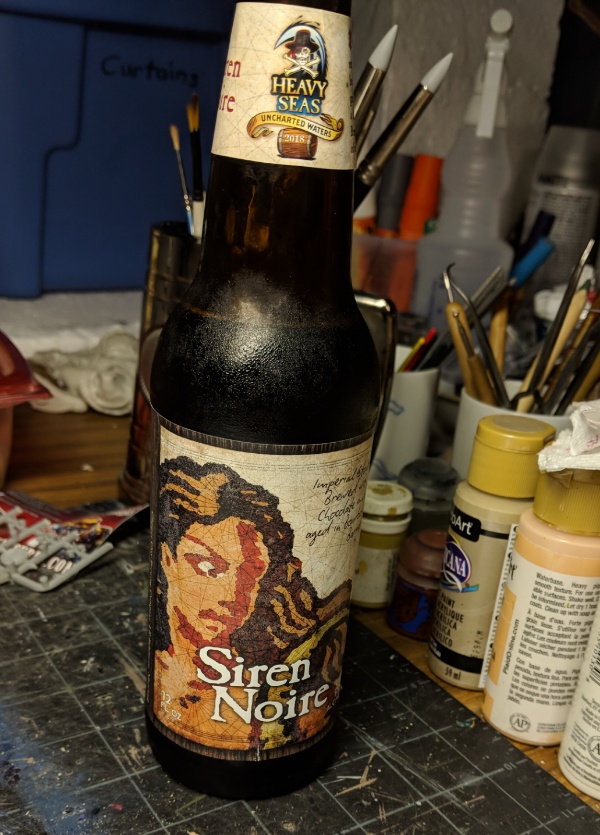 My first drink in over a monthd due to prolonged illness. Imperial stout brewed with cacao nibs aged in bourbon barrels. Not bad. Only bought a single bottle to give it a try. Also taking it easy (plus it's 9.5 abv.) I'm fimally starting to recover from the plague. My daughter (also mostly recovered as well) and I went to Girl Scout day at the zoo today. Good to finally start getting back to LIFE after a month of being sick & isolated at home and hospital!

Postscript: Had a few beers, got a bit drunk, woke up feeling better than I had in a month. First time I can hear clearly out of both ears in almost as long. Clearly I require booze for a healthy life.