Price of admission to the Grillin' Cheesefest this past week was a painted figure to put into a pool and randomly traded off to one of the other attendees. Here's my contribution, Repanse from WFB. It was in a sealed box, one of two. The little classic gobbo "flipping the bird" was in the other. I made a mystery game of it. This was the box the recipient randomly chose.

After the pic was taken, I hit it with a few layers of clearcoat (Krylon UV protection, matte) and that helped level off the uneven sheen left on the standard from the GW washes. 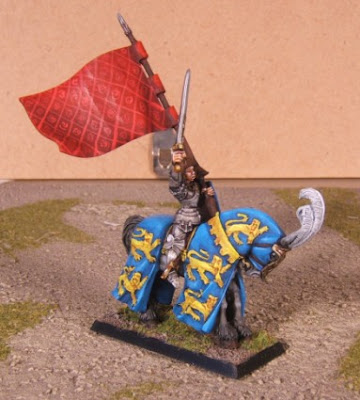 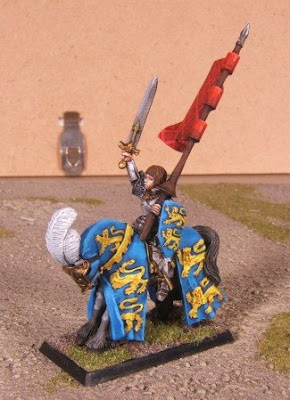 The figure I recieved was another classic figure, one of the oldschool plaguebearers. A cool figure, especially since I was an old Nurgle player back in the days of the Realms of Chaos books up through the Ravening Hordes lists. Brings back the memories. :D I'll try to post a pic of him soon.

Posted by ZeroTwentythree at 12:41 AM