I came across the box in which the two other big giants were packed, so thought I would take a pic with the Black Scorpion giant for comparison. I think if they all stood up straight, they would be pretty similar in height -- though slightly different in proportions.

Putting them together, I also noticed that the Black Scorpion giant, which was not painted be me, fits pretty well with my own painting. :) 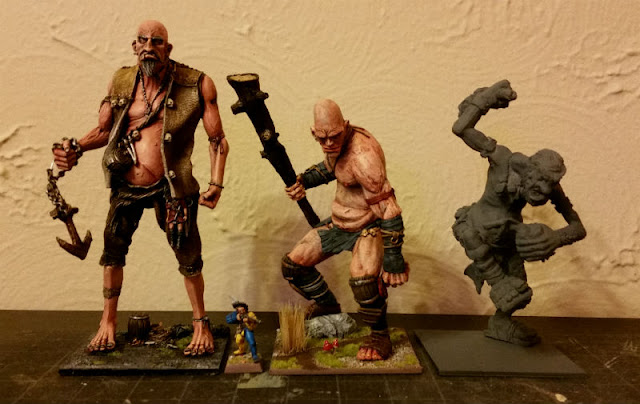 I had previously photographed the Ultraforge giants with the classic Marauder giant. So a little review, just to emphasize the ridiculous size of the big'uns. 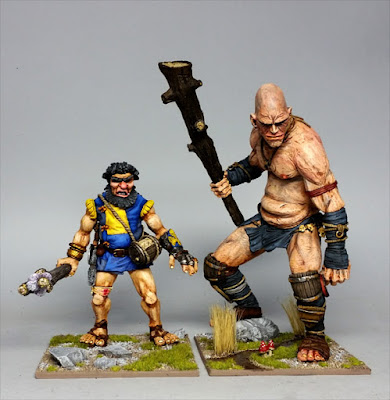 I think the next step is to simply glue small children's feet to a wooden base and put them on the table as even larger giants.

Posted by ZeroTwentythree at 2:03 PM