I thought it was about time someone did a review and comparison between the Warlord plastic Celts and the Wargames Factory Celts. I figured since I've ordered both, I would go ahead and perform this service for those still undecided between the two. 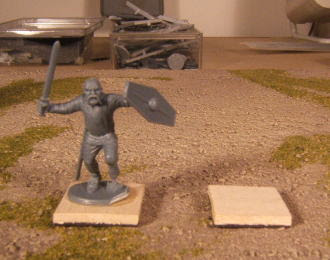 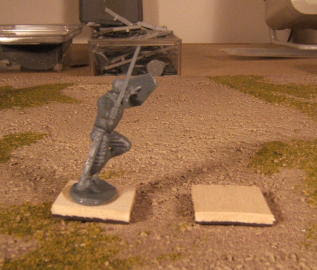 As you can see, the sculpting, proportions and detail are all fairly well done on the Warlord figure. The Wargames Factory figure, on the other hand, suffers from not being delivered yet.

I'm still in the assembly stages, so I can't say how well each one paints up compared to the other, but I'm going to go out on a limb here and guess that the Warlord figures will be easier to work with because they are actually in my possession.

A couple gripes that I have with Warlords figures are -- and this has been mentioned by many others -- the fact that they only came with enough shields for 50% of the figures, and I'm also disappointed there wasn't a little more variety in the number of different heads. Still, this is nothing compared to the lack of Wargames Factory shields or heads or any other pieces, really.

So overall, I'd have to admit a preference for Warlord Games at this point.

(I must also admit that I'm considering abandoning the Celts altogether at this point and grabbing Foundry's Ancient Germans holiday deal...)

Posted by ZeroTwentythree at 7:39 PM