I finished the first 10 German Cavalry. My original "dream" was a German army, but I've been sidetracked and lured away by various other figures and deals. But the goal remains to be able to field a fully German army at some point. In the meantime, I will work on small groups to field as allies to Caesar or the Gauls. I have no Gallic cavalry (yet), so figured I'd start with the German cavalry. 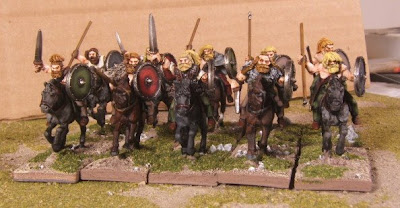 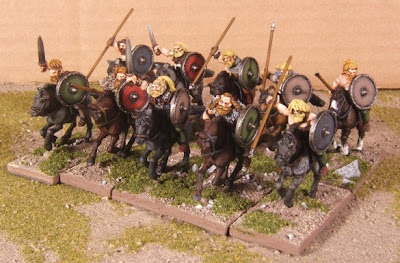