I drove down to Columbus for the second year in a row for the Siege at the Tower, at the Guard Tower, run by the C.O.W.S.

I managed to pull off the number 7 spot in the final standings. I'm not quite up for a full blown battle report this time. I went 1-1-1:

I tweaked my army slightly from what I had been running, and added the following: 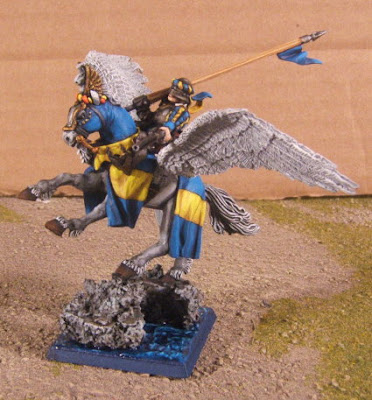 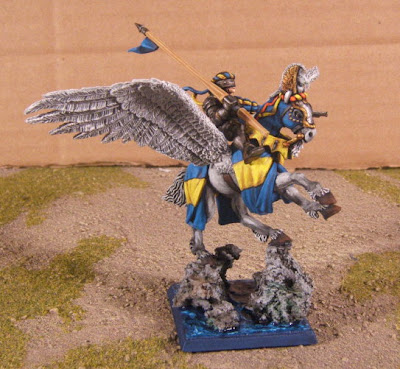 Captain of the Empire, full plate, lance, pistol, Casket, and pegasus. Affectionately known around Warhammer Empire as a Caskasus. (As opposed to a Captasus, which would be a captain without the Casket.)

I'm still figuring out the finer points of using him in games. I made horrible (if any) use of him so far. Between that (155 points) and another 40 points of new items that I forgot about in all three games (and a friendly game at Recess, tonight) I've been fighting with one hand tied behind my back. Or 200 points, at any rate.

Tonight's game, since I mentioned it, was another draw. I played a local player who was also at the Siege tournament. We both played what was more or less out tournament lists. He was playing DoW. Somewhere around turn 3, just as both armies were about to clash, they both suffered from mass panic and fled in opposite directions without many casualties. Strange but enjoyable game -- good for more than a few laughs.