The rest of Cold Wars

I didn't take many photos this year, even though there were some great looking games. I did take a few shots of some large games as inspiration for what a real game of toy soldiers should look like.

The first is an ACW game I walked past the first evening. The remaining three are what I believe is a large Seven Years War game. In addition to simply looking impressive, it's a period I can only dream of playing. 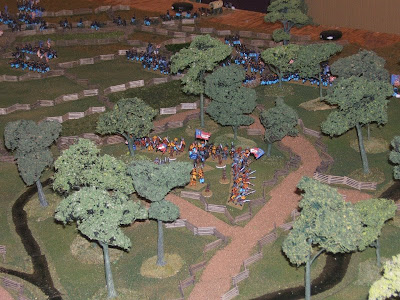 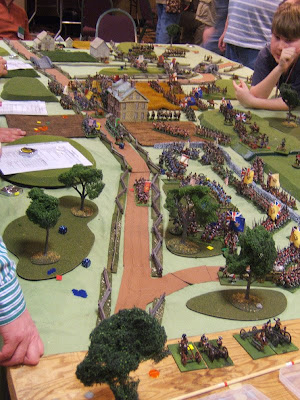 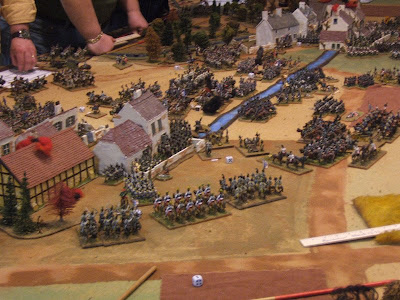 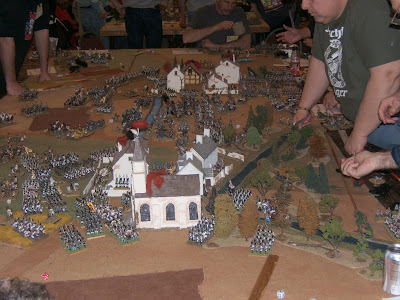 As far as loot I brought home, a rough list...
Rough estimate, not including the dogs & trees, is about 178 infantry and 9 cavalry. Combine that with recent mail order deliveries of 18 more cavalry and 97+ more infantry, and the barely started 32 Romans from the remainder of the first WF box and I'm feeling buried. That doesn't include the large amount of commission work that I've suddenly started on.

I may try painting a few of the Blue Moon figures as well as I can for the painting contest at Historicon if I have time. I was looking for something really eye catching on which to test my ability. I normally paint in quantity (for armies), so I haven't really pushed my skills lately. I was browsing the 40mm stuff for this reason, but abandoned that idea after I got these "bonus" figures.

Posted by ZeroTwentythree at 9:44 AM