As mentioned, I picked up two boxes of the Zvezda Royal Infantry, from their line of humans for the "Ring of Rule" game. They're basically 28mm generic late 15th century figures. My new scanner doesn't seem to work well for scanning sprues, so I tried to get some half-decent photos with the digital camera.

Front & back of the main sprue: 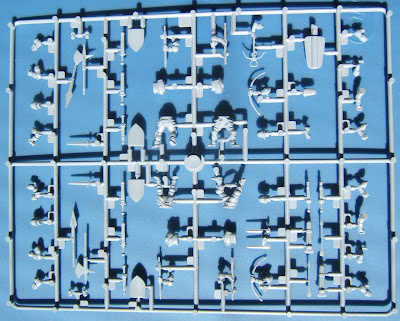 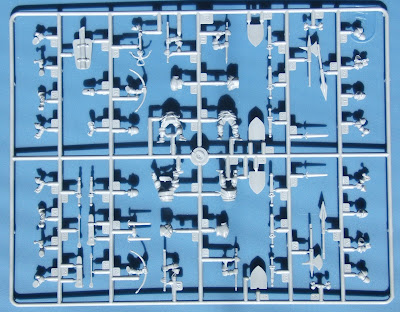 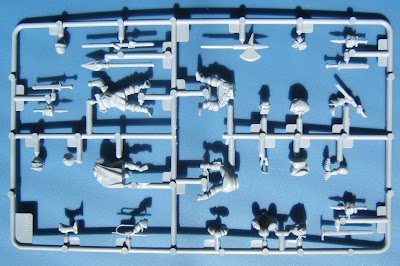 I've got a lot on my painting table right now, but when I get some assembled & painted, I'll post some photos compared to other fantasy & historical figures.

At first glance, they remind me a little of the old Copplestone figures sold by Mirliton (formerly by Grenadier). The detail is a little more exaggerated & rounded than GW or most metal figures. I'm curious to see how they paint up.

Posted by ZeroTwentythree at 3:20 PM