Finished the first five WF Numidians, so below are some pics of them, and some pics with other figures for comparison. As always, click to enlarge. 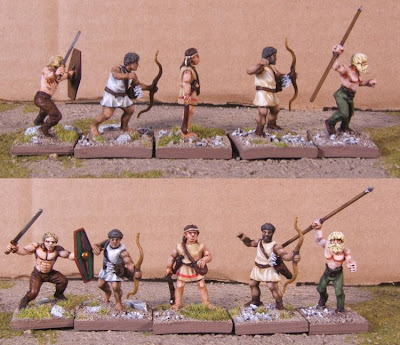 
Below is the imitation legion from two angles, and below is a comparison shot between him and one of the WF Romans. The color of the shields looks really close, but I thought I did a better job dulling-down the imitator. The colors are off, anyway, at least on my computer, since the Roman scutum looks more red than the orangy color in the photo. 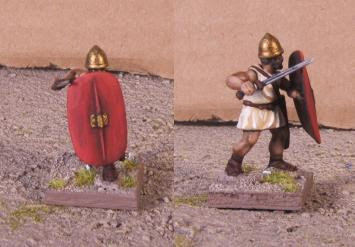 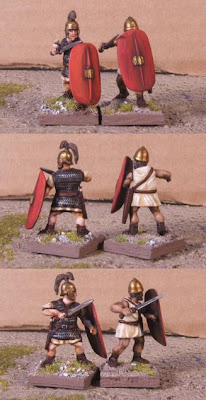 Overall I think that these figures are a really nice improvement over the previous sets. The detail is more crisp and stands out more, I like the pile of extra arms & weapons, and it seems like it's going to be very flexible set. Consider me impressed.

Posted by ZeroTwentythree at 7:40 PM

Email ThisBlogThis!Share to TwitterShare to FacebookShare to Pinterest
Labels: Numidians