A few more miscellaneous photos from Day 1 at Marauders. The first two are photos of games in progress at the tables next to me. I just snapped a quick shot because the armies and tables looked too good not to take a photo. 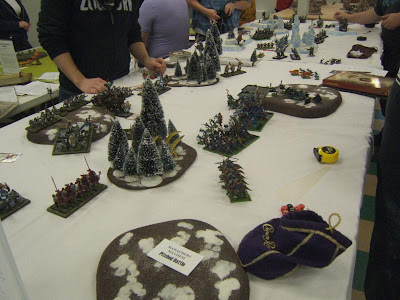 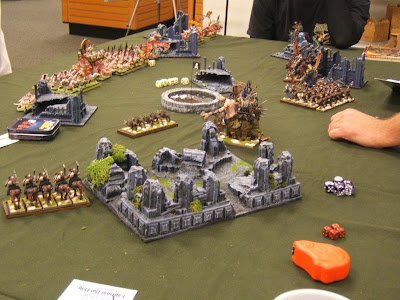 Recently I was, um... "researching" 40k rules and army books online. I gave up on 40k in 3rd edition, but I still occasionally feel the temptation. Recently I was feeling the temptation for bugs. That temptation was increased after seeing a nice sized army in a glass case at the store that hosted the tournament: 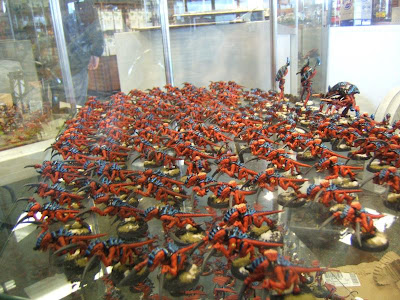 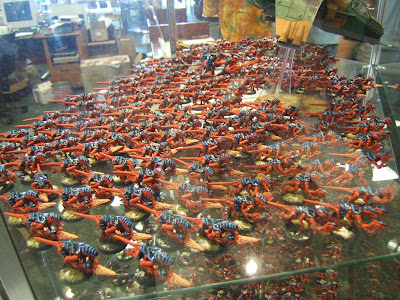 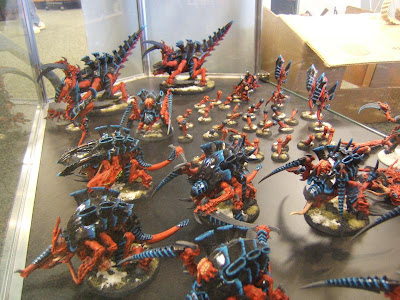 Speaking of the store that hosted the tournament, I should probably give them a plug. They're in Kettering, Ohio. The Krystal Keep. Nice folks, nice store. Plenty of gaming room, piles of terrain and tables.

Posted by ZeroTwentythree at 10:56 PM