Today is Buy Nothing Day.

I modified that to Buy Nothing that I Can't Digest Immediately, as I met my friend J for dinner and a Great Lakes Christmas Ale.


Earlier in the day I played a few games at TWA headquarters. No one else was available, so we played two games. I captured really crappy photos with my cell phone, a Palm Centro. Worst camera on any phone I've owned.

First was 2000 points of WAB. I once again acted as Roman punching bag for R's Macedonians. These Romans vs. phalanx battles are really curing my urge to play Romans. So I'm really starting to itch for that Successor army that's been part of my long term plans... 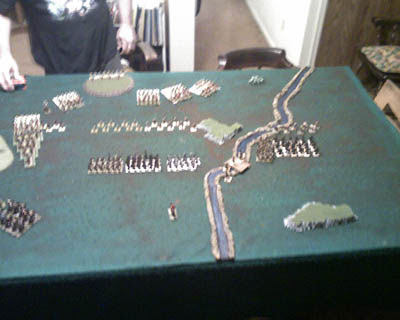 The second game went significantly better. 2250 points of my Skaven against equal points of Warriors of Chaos. I had a mixed army, highlighted by the powerhouse Abomination and Plague Furnace. He had a lot of dogs, marauder cavalry, and packed a punch with some chosen knights flanked by a pair of chariots, and a badass dragon lord. 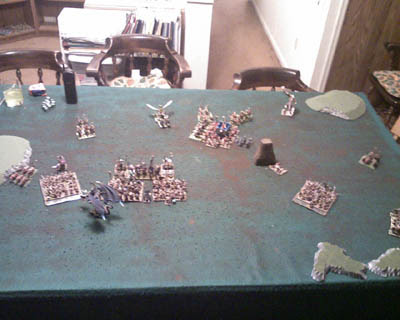 Posted by ZeroTwentythree at 11:29 PM