I've just about finished the unit of Spanish cavalry I've been working on the past... year or so. I just need to base them and make a few touch-ups. Not as detailed as I would have liked (and I'm considering repainting the standard bearer's shield) but they turned out OK. 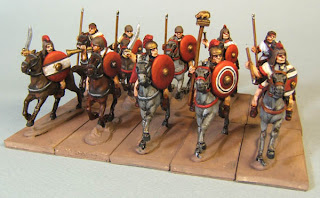 I also finished up two more of the "townfolk" from Reaper Miniatures I had previously started. I posted three tavern workers previously.  Again, still have to finish the bases. Not certain how I want to base them though. 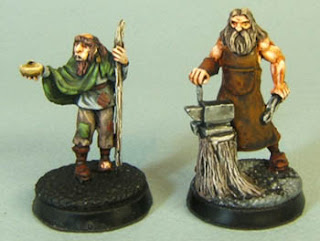 Posted by ZeroTwentythree at 4:49 PM