A work in progress shot of some chaos Nurgle terminator things I'm painting for someone. There is so much going on with these figures, they're a real challenge to paint. Even just in terms of getting my paintbrush to where it needs to go! 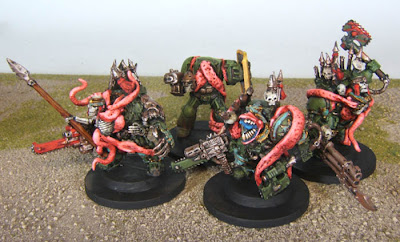 And for myself, I've painted a WFB Engineer. They're far more useful in the game now. They don't occupy a hero "slot" any more. Previously there were more important choices to take. They are relatively inexpensive, and their "master of gunnery" ability has been made more useful. Actually, artillery in general is more deadly, and even more so with this ability added in. Cap that off with the Engineer's equipment options. The two I currently like are the repeater pistol, which can be used to help defend against small infiltrating units hunting the vulnerable artillery, or the pigeon bombs, which can be devastating against lighter infantry units now that figures only partially under the template are automatically hit.

So this is the first of several engineers I plan on painting up. 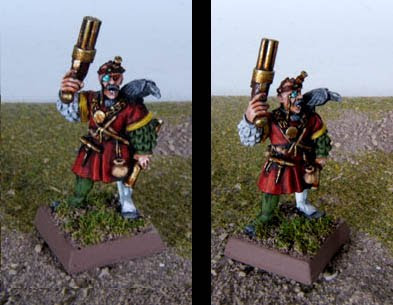 I was digging through an art box full of drawing and modeling stuff and I came across this old model from school. It's a 1/2" = 1'-0" scale model of a chair. It was for a first year architectural projet. We designed a house, and in addition to drawings and a smaller scale model of the entire house, we had to select one room/space in the house and build a larger scale, more detailed model. I did a studio/study, and for some reason had an urge to build this chair as well (it related to the form of the room.) 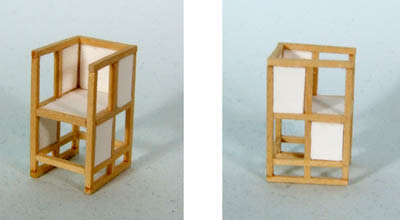 Posted by ZeroTwentythree at 1:00 PM