A bunch of photos this time. Like I said, I'm trying to fill up with commissions, so I've been working on a number of those. I also snuck in a few figures for myself.

First up, a GW dragon that took me forever to finish. This was an addition to an army I had previously painted. Someday I should try to get the entire thing together for photos (army owned by someone local.) 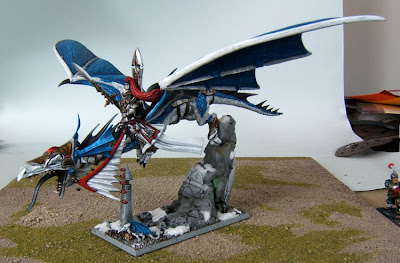 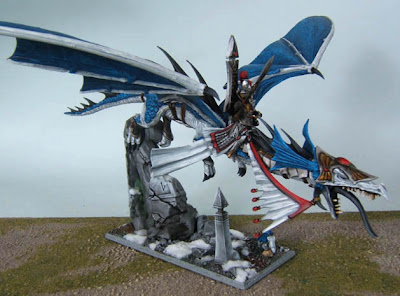 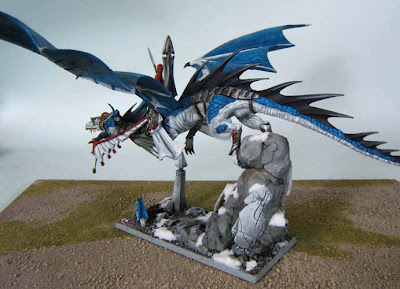 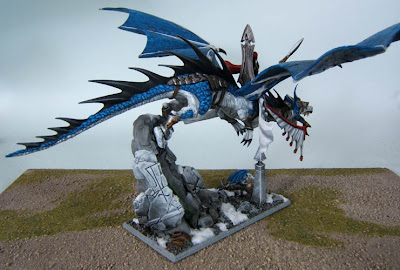 Handgunners for a new army commission I've just started. Plus a single pic of the ogre in the back rank. 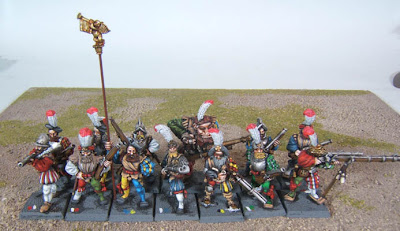 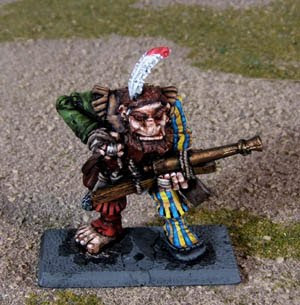 After those, I squeezed in a few of my own handgunners. Still a few more to finish up after these.

That's it for now. On deck (or desk, if you prefer) are some ECW command figures, some high elf infantry, some chaos marines, a few other odds & ends (touch ups, basing, etc.) and hopefully a few more of my own figures get done as well. I'm also expecting a package in the mail with some other figures to paint.

Once I get some of the initial work settled & scheduled out, I will probably be open for some more commissions very soon. Preferably larger sized ones. Anyone interested can email me if they'd like. My email (if it's not on my profile here) is the name of the blog - at - gmail.com. My prices are generally in the neighborhood of $10 per infantry figure, and 1.5x-2x that price for cavalry. But there are a lot of variables, so that can go up or down based on each individual commission.

Posted by ZeroTwentythree at 3:32 PM