Casting, Dirty Needles, and the State of the Attic


I finally got a bit of time to do some more casting, and cranked out some more Fomorian heads. I was aided by a small but important equipment upgrade... 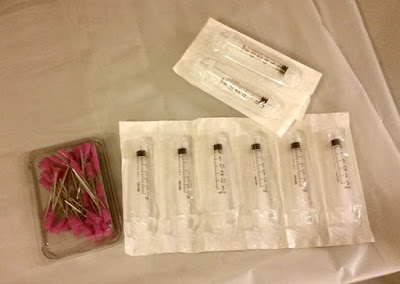 16 gauge industrial needles. I also found some cheap syringes, but I think next time I will get at least 5cc, if not larger. Made a big difference. Previously I had been using sharp 21 gauge medical needles with 3cc syringes that I had left over from architecture school (used to use them for dispensing PVA glue on delicate parts of models. These 16 gauge needles have the advantage of being dull tipped, so I won't accidentally poke into the mold. The resin flows so much better, and far easier to clean (and thus, get more use out of each needle.)

My attic is a mess, but I managed to stake out some space for a dedicated (for the moment) casting table. I was previously doing it on my (as yet, unused for games) gaming table, which was flirting with disaster. 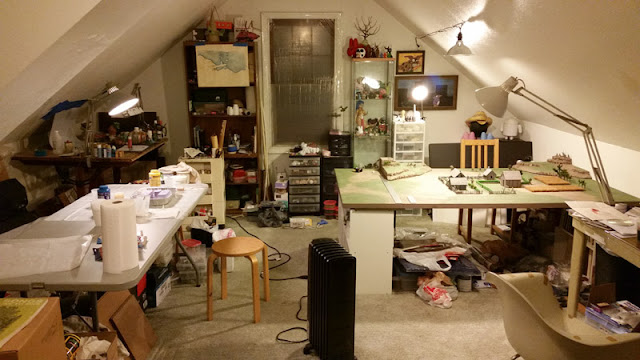 Casting to the left, and beyond that is my sculpting & painting desk. Gaming table in the right corner. I've started setting up for that Pleasant Surprises skirmish. But now I'm stuck on the idea that I need to put together some more terrain. :roll: The big mess under the gaming table is mostly casting and terrain supplies.

Back to the casting of heads... I think I'm going to sell off a few sets of 10 heads for relatively cheap, and use the proceeds for some new silicone for molds. I used Smooth-On Ooomoo 30 for the heads, but would like to try Mold Star 15 next. Sales will come with the caveat that these are first time, amateur casts and have their fair share of bubbles -- and thus require work to get them into finished condition.

Posted by ZeroTwentythree at 10:52 AM